Plans for a Russian airbase in Belarus which could host between 12 and 24 fighters remain in limbo, despite Putin giving the go-ahead in September. A high level meeting in Moscow earlier this month between the countries’ leaders offered no signs of forward movement. [1]

In fact, in the face of growing pressure from Moscow, Lukashenko has resisted Russian overtures. He even publicly slammed the brakes on the deal back in October saying that the Eastern European country didn’t need the base.

“We need planes – not bases. We have our excellent pilots… Why should I allow in planes and pilots from other countries?” he was quoted by the BBC as saying. Lukashenko made those remarks prior to the elections.

But of course, Russian planes are already deployed on Belarusian territory over at Baranovichi’s 61st Fighter Air Base.

According to recent imagery, a flight of four Russian Su-27 Flanker (reportedly the Su-27SM Flanker-B standard) were still parked in revetments on the Quick Reaction Alert apron along with Belarusian MIG-29 Fulcrum. The Flanker first deployed Q4 2013. 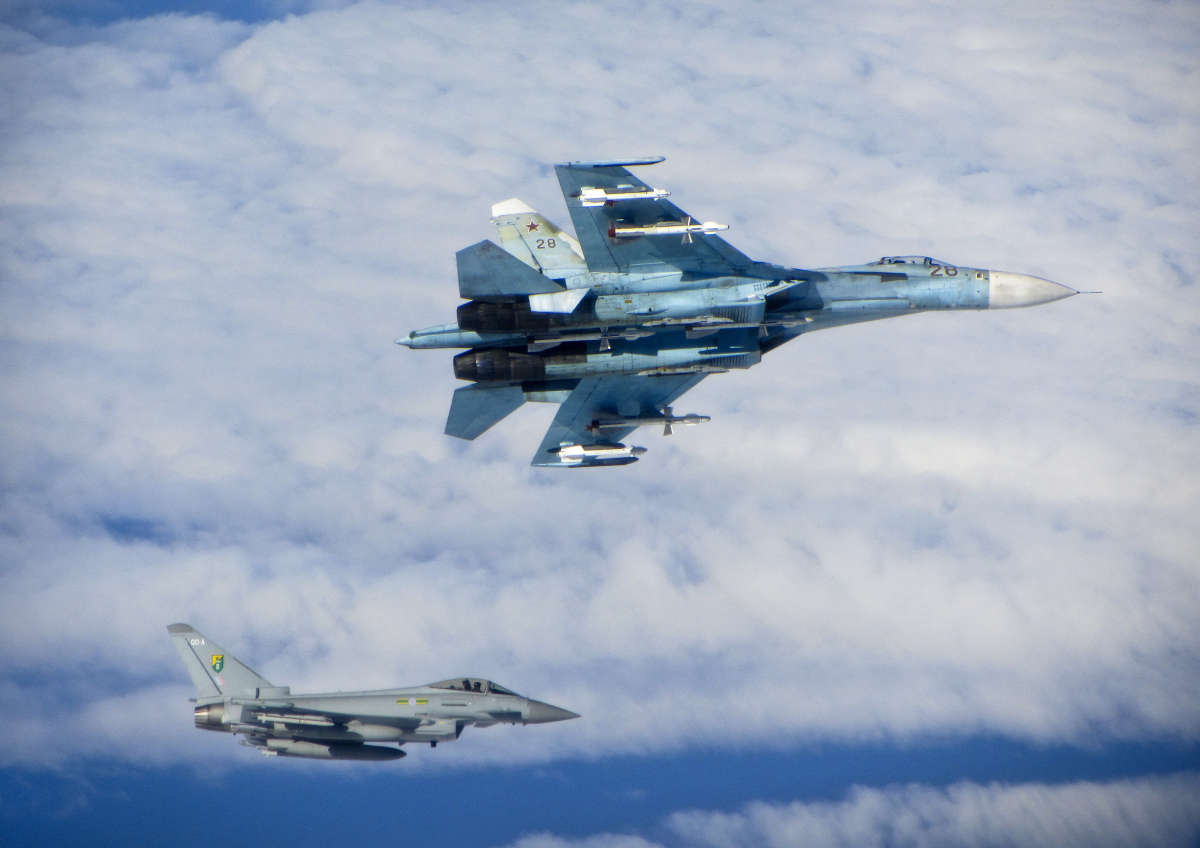 A Russian SU-27 Flanker aircraft banks away with a RAF Typhoon in the background on Tuesday 17 June 2014, near the Baltic States.

Last year, the Su-27 took part in a regional air-defense exercise amidst tensions over Moscow’s annexation of Crimea. Their deployment was the first signal that the two countries had operationalized the joint air defense agreement ratified in February 2012.

With a shrinking number of aircraft in service, increased participation with Russia is a welcome observation—especially since Belarus lacks the funds to purchase modern fighters. [2]

The airbase, positioned less than 90 and 80 miles from the Polish and Lithuania borders, remains an important defensive location. Baranovichi is home to the air defense forces’ Western Operational-Tactical Command. [3]

But it’s not the only place Russia’s positioned its aircraft.

Last year, Russia deployed up to six Su-27 to Babryusk, a reserve airfield in the Mogilev region.

The airbase, located less than 90 miles southeast from Minsk, was eventually named as Russia’s choice airfield for its future base. (Lida, home to Belarus’ Su-25 and L-39, was also previously mentioned).

But according to imagery, the twin engine Flankers had departed the airfield by October 2014. A review of space snapshots of other Belarusian airfields showed no additional aircraft.

Given tensions in Russia’s near abroad, it was unknown at the time if the Flankers would stay in-country and support the new deployments or return home. After all, near the start of the Ukraine crisis, Lukashenko asked Russia to send up to 15 additional fighters, which in retrospect should be seen as a show of solidarity.

The latest imagery from September 2015 however still shows a vacated airfield. 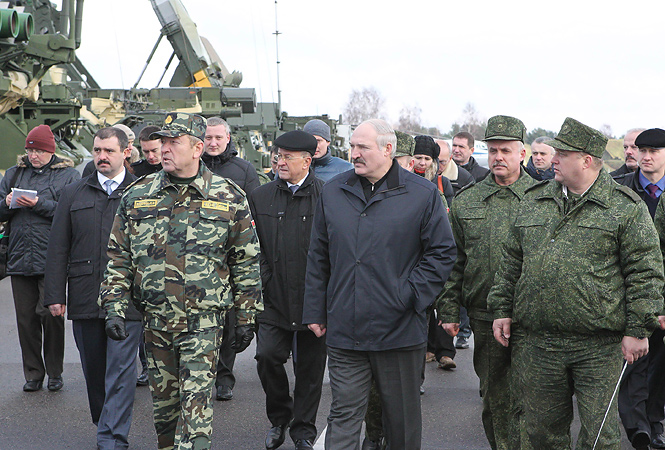 If Russia does eventually get access to a Belarusian airfield, it could mean Belarus is prepared to hand over more responsibility of its security to Russia.

With the country’s weakening economic situation it may not have much choice. Belarus is struggling with inflation and a declining GDP. It also doesn’t appear to be making progress with acquiring a $3 billion IMF credit. Without the credit, Russia maintains its upper hand.

Bottom line, as Belarus has decommissioned a sizable part of its air force — its entire fleet of Su-24s and Su-27s — developments with Russia remain important to watch. What trade offs Belarus will make and to what degree its security could be outsourced may have broader implications.

[1] Belarusian Defense Minister Andrei Ravkov told reporters “Nothing has changed. The issue was not discussed and will not be discussed, probably.” [Google Translation from Interfax]
[2] Imagery from October 2014 showed 11 Belarusian MIG-29 on the main operations apron.
[3] Russian Flanker deployed to Baranovichi from Besovets airbase; Known Tail Numbers ‘RF-95518’, ‘RF-95517’, ‘RF-90746’ 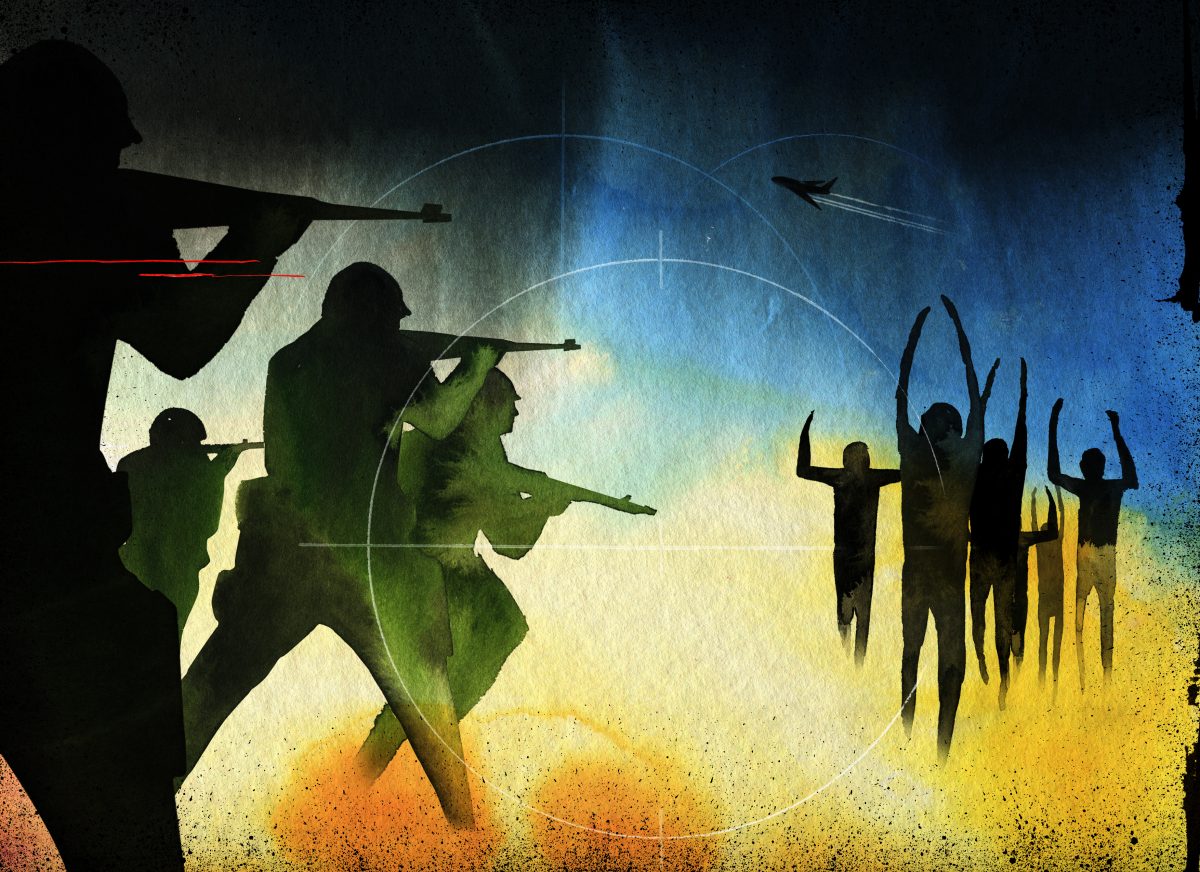 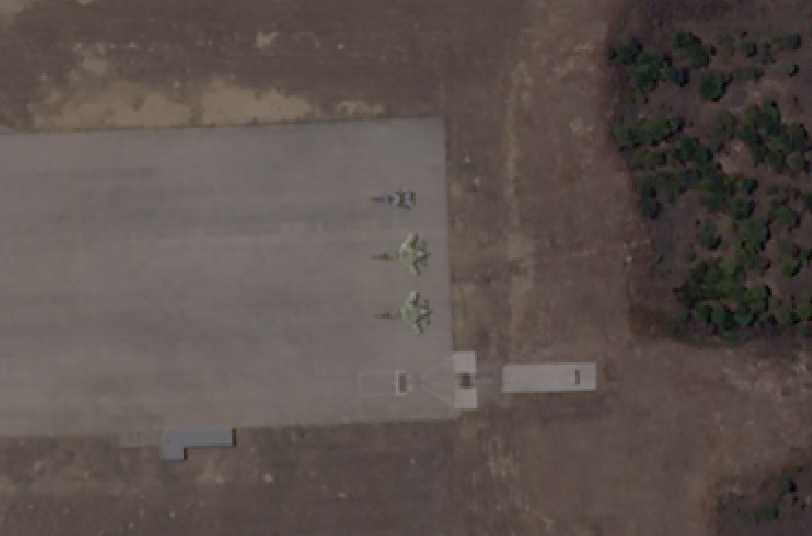