This report (which can be found in its entirety here) analyzes in detail one aspect of the downing of Malaysia Airlines Flight 17 (MH17) by a Buk missile system in eastern Ukraine: the plausibility that Zaroshchens’ke was the launch site. First, the Russian Ministry of Defense (MoD) claimed in a press briefing on 21 July 2014 that Ukrainian Buk M1 TELARs (transporter erector launcher and radar) were positioned in an area south of Zaroshchens’ke. The Russian MoD supported this assertion with a satellite picture of the area showing the vehicles. While it was not explicitly stated that a missile was fired from this position in the briefing, the information is persistently interpreted as evidence of possible Ukrainian involvement in the downing of MH17. 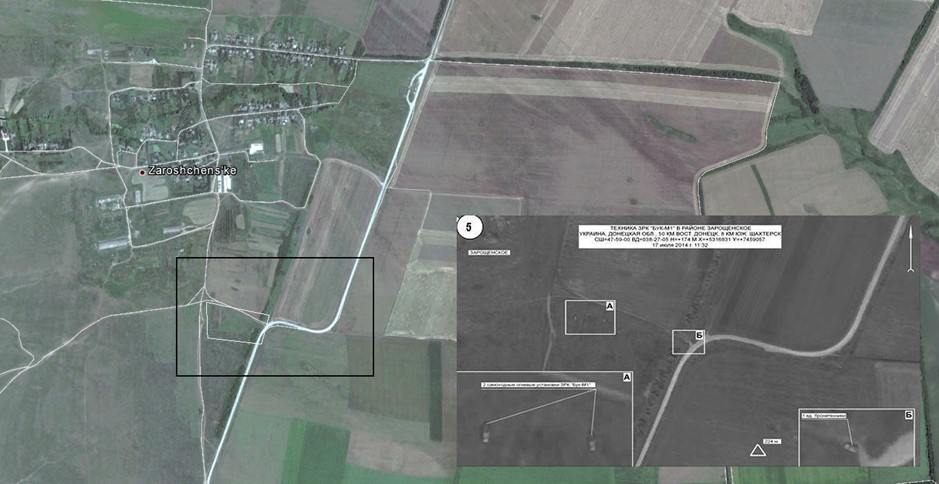 Later, a larger area south of Zaroshchens’ke that included the Russian MoD’s Buk position was claimed to be the launch site of the Buk M1 missile that downed MH17. This claim stems from Almaz-Antey, the successor company of the original Buk M1 producer. Almaz-Antey’s analysis uses publicly available pictures of the wreckage of MH17 and is primarily based on a calculation of the missile’s last position using the impact direction of the warhead fragments. Almaz-Antey claimed that this method allowed them to identify the possible launch site using the trajectory profiles of the particular missile used. 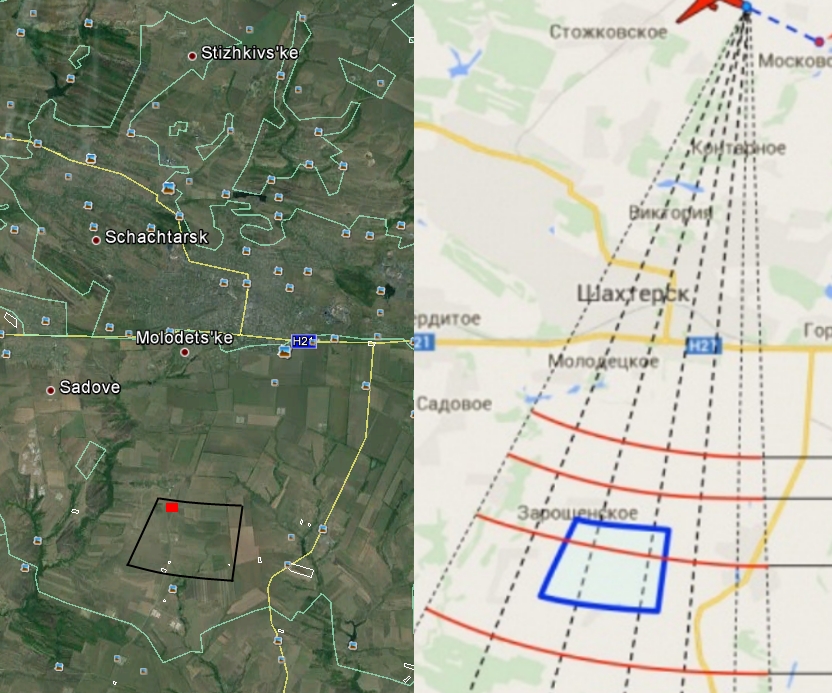 This report assesses the validity of both the Russian MoD’s and Almaz-Antey’s claims using open-source information. In particular, the analysis utilizes maps showing the situation in eastern Ukraine and Google Earth satellite imagery. The satellite imagery is used to identify with varying degrees of certainty the locations of military positions in the area surrounding the alleged launch site. This information is then used to reconstruct the area under control on 17 July 2014, the day MH17 was shot down. This report also draws upon various press reports from the area.

Based on this report’s analysis of the aforementioned information, two conclusions are reached, namely, on 17 July 2014:

It is also possible to assess the likelihood of a missile launch from the area south of Zaroshchens’ke on 17 July 2014. While it is not possible to reject that claim completely, it can be concluded that:

This assessment also provides additional evidence that the Russian MoD misinformed the general public in their 21 July 2014 briefing. The satellite image presented that claimed to show Ukrainian Buk M1 TELARs south of Zaroshchens’ke must be either a fabrication or a deliberately misinterpreted satellite photo meant to mislead or confuse the public.

The full report is available in English, German, and in Russian.