Ruslan Leviev and his team of investigators recently released an in-depth report on three Russian soldiers who died fighting in Ukraine. Leviev and his team members managed to track down the gravesites of each of these soldiers, all of which belonged to and were still active servicemen in the Russian 16th Separate Spetsnaz Brigade, military unit 54607. One of these soldiers was Timur “Mamai” Mamayusupov, photographed in May next to a distinct APC with shark teeth. This location was assumed to be Luhansk, but only now can this location be confirmed via geolocation. Below is a summary of the English translation of a report detailing the investigation from Leviev and his investigation team.

Our investigation of three Spetsnaz servicemen killed in Ukraine featured several pieces of evidence that they really did visit Eastern Ukraine. A photo shows Ivan “Kardan” and Timur “Mamai” with weapons in a semi-ruined building, Kardan having white leg bands characteristic of rebels. “Mamai” was photographed close to two APCs, one of them bearing a distinct “shark” paint job. 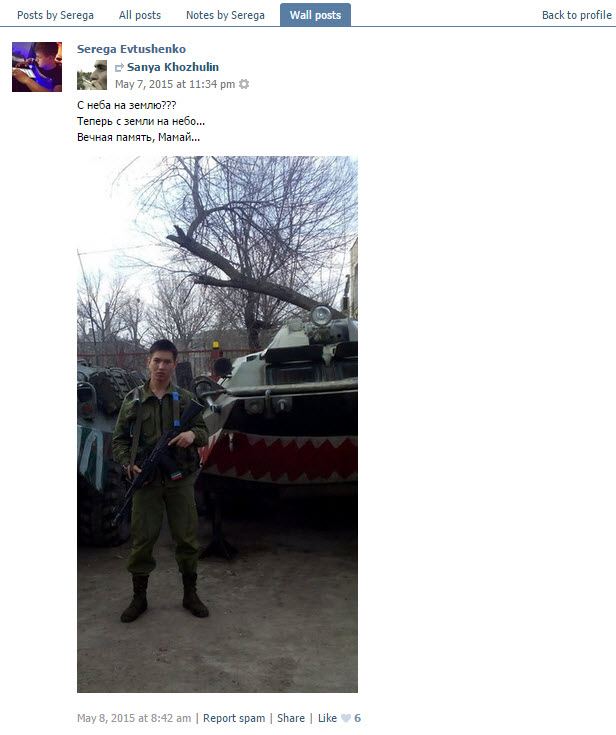 However, until now we had not managed to find photographic or video evidence conclusively proving that the killed Spetsnaz servicemen were in the Donbass. So, we went back to Timur “Mamai”’s photo in front of the painted APC (we called “the shark APC”).

In the comments to the translation of our investigation published on Bellingcat, a reader noted that Mamai’s photo was probably mirrored. This is visible by the APC’s paint job, as well as that in the photo Mamai apparently has his left hand on the trigger. We can also see a part of the inverted “P” (from the word “ЛНР” meaning “Luhansk People’s Republic”), confirming that the image was mirrored. Thus, the tree branch is actually to the left of Mamai, not the right. The below photograph of Mamai is properly mirrored, showing the original photograph with distinguishable landmarks: 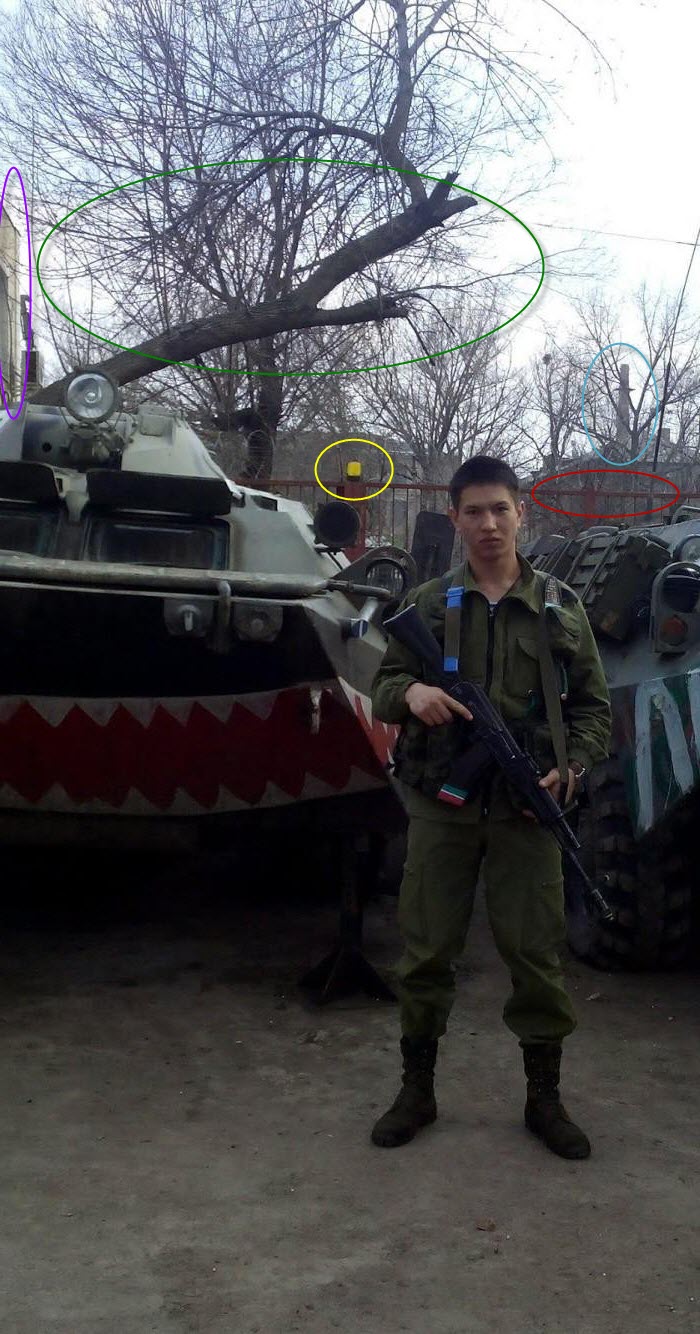 After searching for photos of the Shark APC, it turned out that this vehicle had already been noticed by many Ukrainian and Western investigators. We found an array of photos that show some of the landmarks visible in the photo with Mamai, including this photograph found on VK, which was taken at the same location as the Mamai photo, with several landmarks visible in both images. There are five landmarks that are visible in these two images; all of these places must be located in order to verify a geolocation:

All of these landmarks can be identified in photographs available in open source data.

On April 8, a local tweeted a picture of a rebel base, giving the location as the backyard of Mafia restaurant on Oboronna street:

In April, a Ukrainian English-language website lugansk-news.com investigated the likely separatist base in Luhansk quite thoroughly, giving, in particular, this geolocation near Oboronna and Sasyury streets: Screenshot of satellite map geolocation from lugansk-news.com. Note that building #4 is not visible in the street-level photo, and that the building numbers are slightly off from the depicted buildings, not directly over them.

The red fence, distinct tree, yellow marker, and yellow building are all visible in this photograph, showing a rebel base in Luhansk with numerous APCs. But another landmark still remains–the tall chimney. A similar chimney is visible at a boiler near the location specified by lugansk-news.com, and in line with the previous geolocation:

After locating this chimney, we can now give exact coordinates for each of the landmarks visible in the photos: 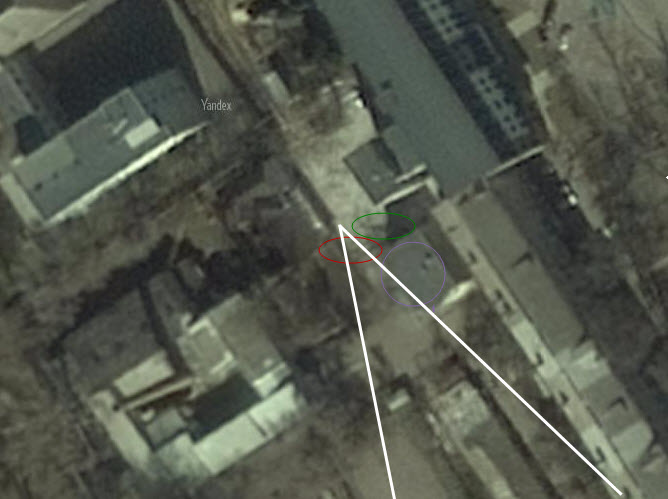 Camera perspective of Mamai photograph, with the white lines designating the line of sight, green circle showing the shadow of the bent tree, red circle the red fence, and purple the two-storey light-yellow building. The tall chimney is one block to the south of this site. 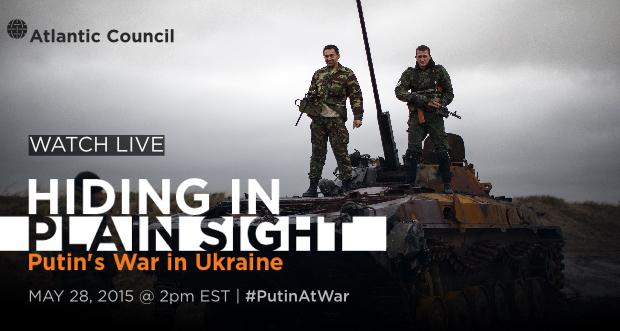 This article is a summary of a more detailed geolocation report found here in English translation. The authors and translators have included information for supporting their research through donations to their Yandex wallet at the end of the detailed article.