This weekend 60 Minutes Australia aired a segment where they investigated the Buk missile launcher that shot down MH17, using information gathered by Bellingcat to follow the route of the Buk through separatist held territory. As with previous investigations by news organisations visiting the locations Bellingcat identified in our earlier MH17 research the 60 Minutes Australia investigation confirmed the locations Bellingcat identified as being correct.

As with all reports of this nature attempts were made to debunk the findings, notable among which was an attempt by veteran journalist Robert Parry. Like other veteran journalists, Robert Parry has relied on unnamed sources for his recent work, releasing articles that attack the narrative that separatists downed MH17 with a Buk missile launcher on his Consortium News website.

In his article, Fake Evidence Blaming Russia for MH-17?, Parry claims there appears to be “some fakery involved in the Australian documentary”.

However, for one crucial scene – the image of an alleged “getaway” BUK launcher lacking one missile and supposedly heading back to Russia after the shoot-down – the documentary broke with that pattern. The program showed the earlier video of the truck moving past a billboard and then claiming – based on information from blogger Eliot Higgins – that the TV crew had located the same billboard in Luhansk, a rebel-held city near the Russian border.

This was the documentary’s slam-dunk moment, the final proof that the Russians and particular Vladimir Putin were guilty in the deaths of 298 innocent people. However, in this case, there was no overlay of the two scenes, just Australian correspondent Michael Usher pointing to a billboard and saying it was the same one as in the video.

But the scenes look nothing at all alike if you put them side by side. While Usher is standing in an open field, the earlier video shows an overgrown area. Indeed, almost nothing looks the same, which might explain why the film crew didn’t try to do an overlay this time.

This refers to the well known video showing the Buk travelling through Luhansk, which the Russian Ministry of Defence notoriously claimed to have been filmed in a government controlled city, a claim which was later exposed as a lie.

The significance of the Australian news show’s sleight of hand is that if the BUK launcher was making its “getaway” through government-controlled territory, not through Luhansk on its way back to Russia, much of the Russia-did-it scenario collapses. It also means the Australian audience was grossly misled.

Unfortunately for Parry, his accusation is entirely unfounded, and reveals his lack of investigative skill when it comes to this kind of open source information. Had Parry spent a few minutes on Google he could have easily found Bellingcat’s work on the video, and realised his error.

As we detailed in this July 22nd 2014 post, it was possible to establish the position of the camera, which is key to understanding what’s visible in the video. This image from a traffic camera shows the intersection featured in the video. 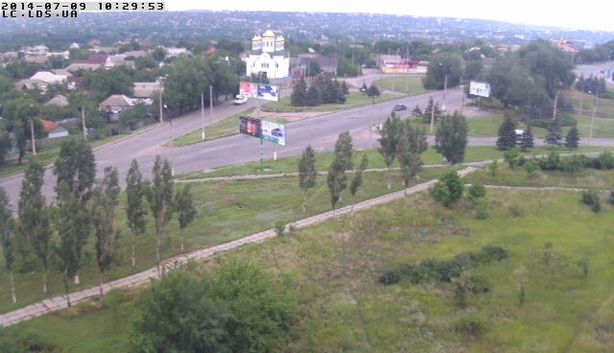 As we can clearly see the area has groups of trees, and in this image we can see apartment buildings to the west of the intersection, where the video was filmed from. 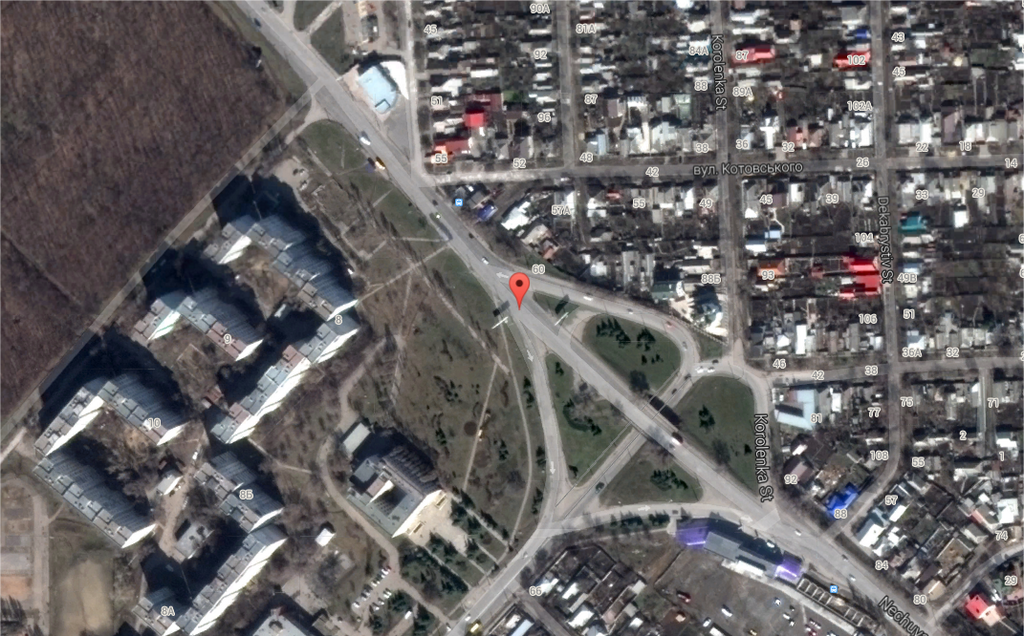 What Parry thinks is an overgrown field is in fact the top of the trees visible in the satellite imagery and traffic camera image. Because Parry apparently has very poor skills in examining and investigating these kinds of images he’s falsely accused 60 Minutes Australia of faking their report, extremely serious allegations for a veteran reporter like Parry to make against another news organisation.

Crikey contacted 60 Minutes for a response who replied with the following: 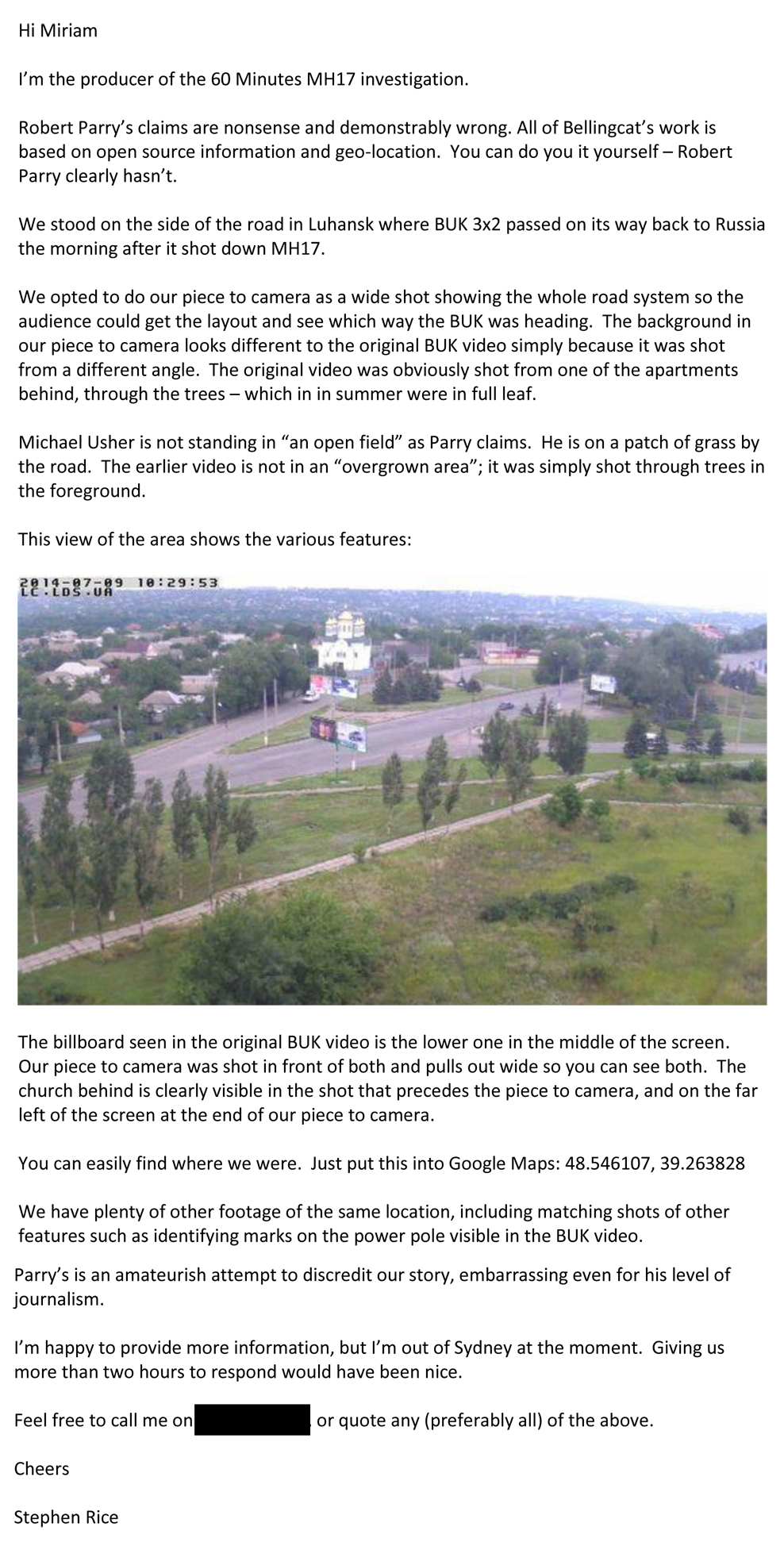