The first image is one that appeared recently in the print edition of Der Spiegel, which was part of their joint investigation with Correct!v into the downing of MH17, which included visiting the same sites Bellingcat identified as being part of the route the MH17 linked Buk missile launcher travelled along on July 17th. This image shows the Buk missile launcher travelling through separatist controlled Donetsk on the morning of July 17th: 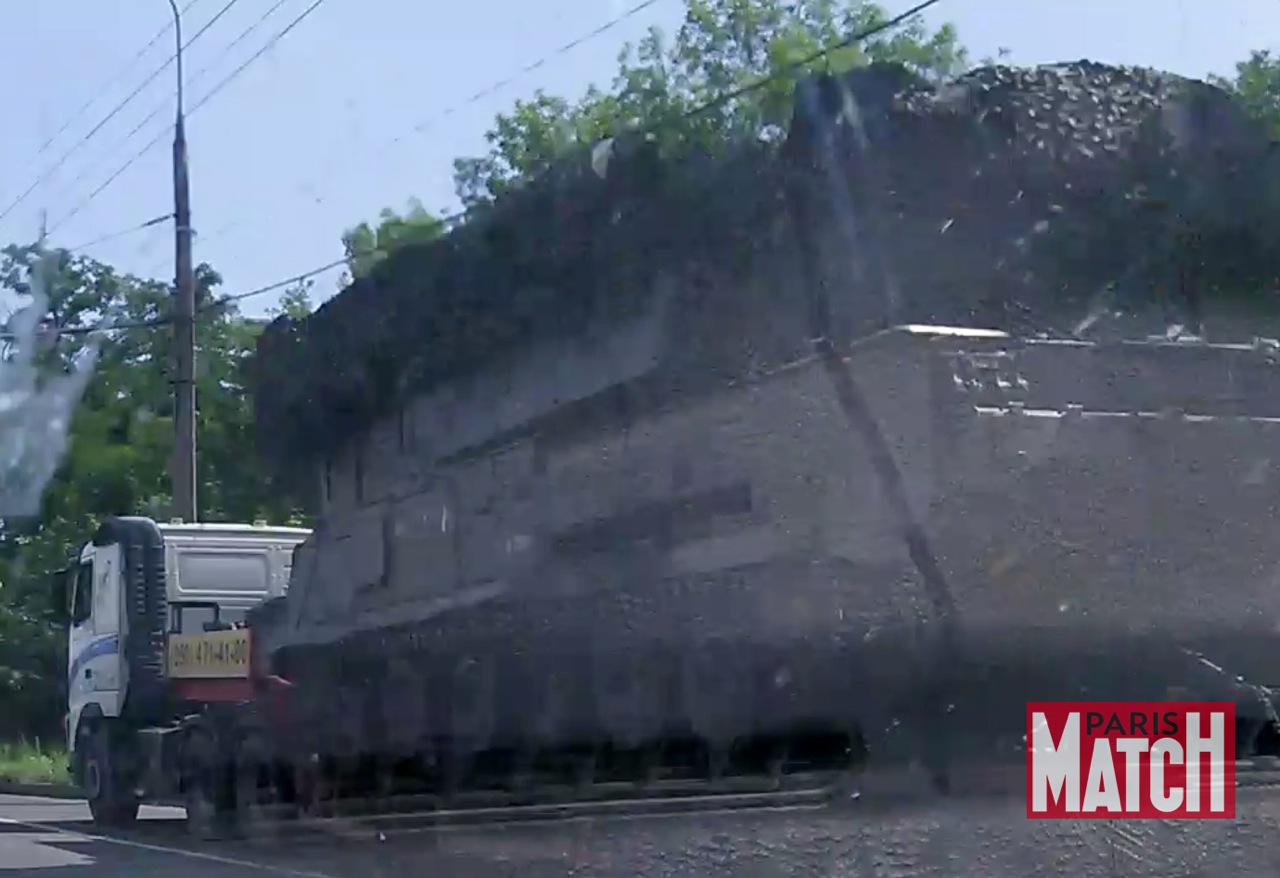 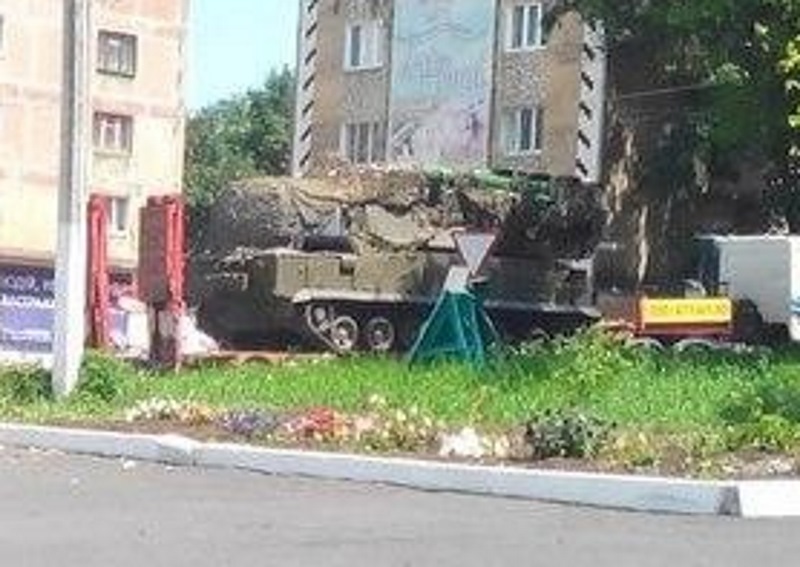 While it’s reasonable to assume some of these exhaust marks might be removed in a short period of time, it seems unlikely that they would build up in a few weeks without very heavy use, and the fact this is another element that matches between images of the Buk missile launcher in Ukraine and Russia cannot be dismissed as a mere coincidence.

The second images uncovered by the Bellingcat investigation team is a new image of Buk 3×2 inside Russia, posted on VK.com in June to a page used by locals in the town of Alexeevka, southeast of Stary Oskol: 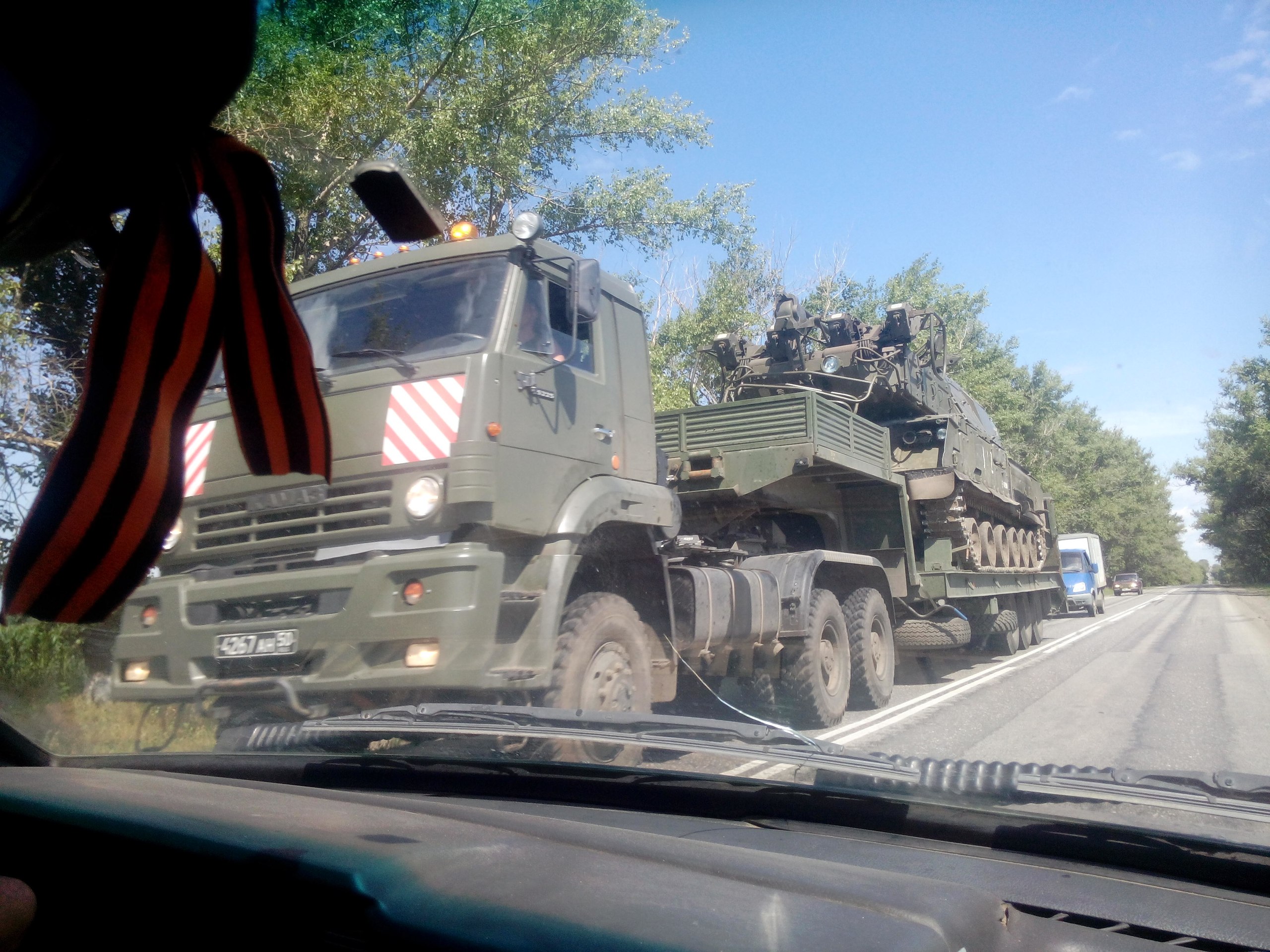 The time and location the photograph was taken fits with the route Bellingcat identified as travelled by the convoy containing Buk 3×2 towards the Ukrainian border in late June. In the earlier Bellingcat report it was noted there was a discrepancy between the comparison of the rubber side skirt of the Buk featured in the Paris Match photograph and the side skirt of Buk 3×2. This was a result of the skewing of the Paris Match image not being able to be correctly adjusted to take into account surfaces that were not flat, and we identified this discrepancy as being the result of major damage to the rubber side skirt: 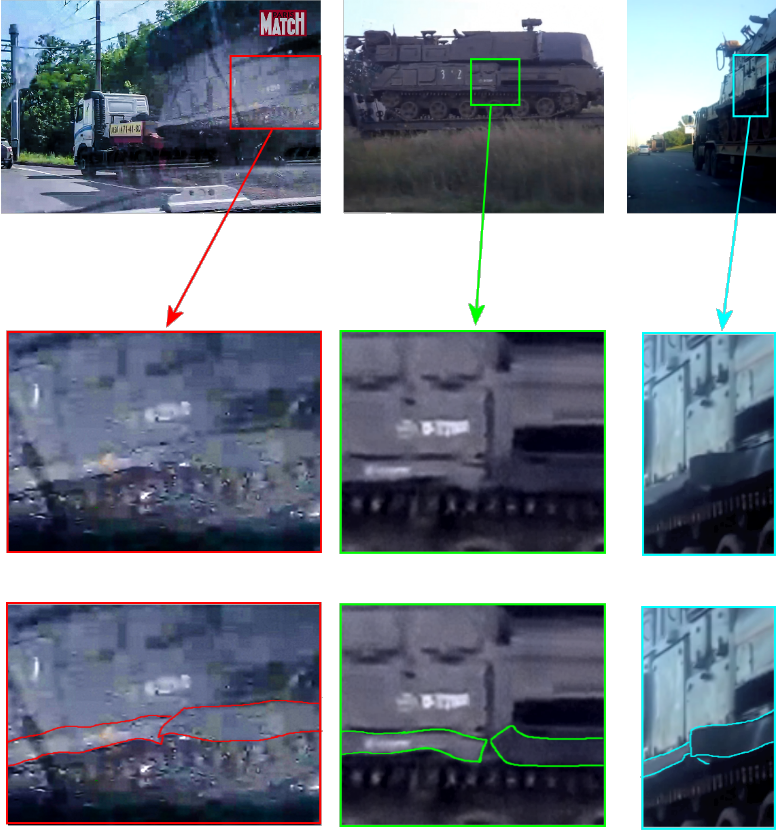 What was particularly interesting about this damage is it seems while most rubber side skirts we examined on Buks from Ukraine and Russia had various dents, this level of damage is extremely rare, and this new photograph shows how severe the damage is to the rubber side skirt: 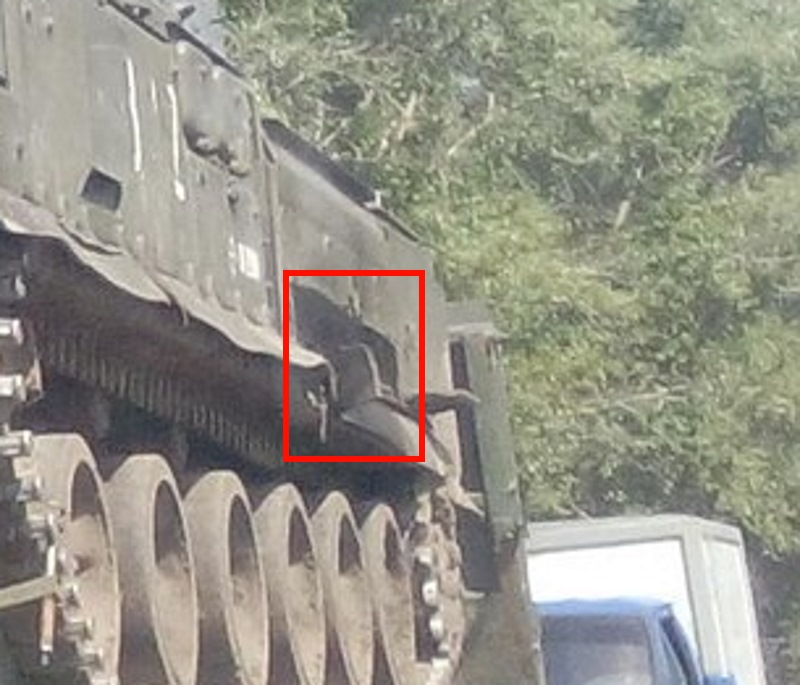 Both of these new images, as well as the Correct!v investigation supports the earlier findings of the Bellingcat report Origin of the Separatists’ Buk that a Russian provided Buk missile launcher was filmed travelling through separatists held territory towards the alleged launch location of the missile that shot down flight MH17.