Did Russia Send a New Batch of Military Vehicles to Separatists Controlled Ukraine?

On December 31st 2014 the following video was shared on various social media sites, showing what was claimed to be Russian military units inside Ukraine.

Of particular interest were BPM-97 mine-resistant, ambush protected (MRAP) vehicles that feature briefly in the video. 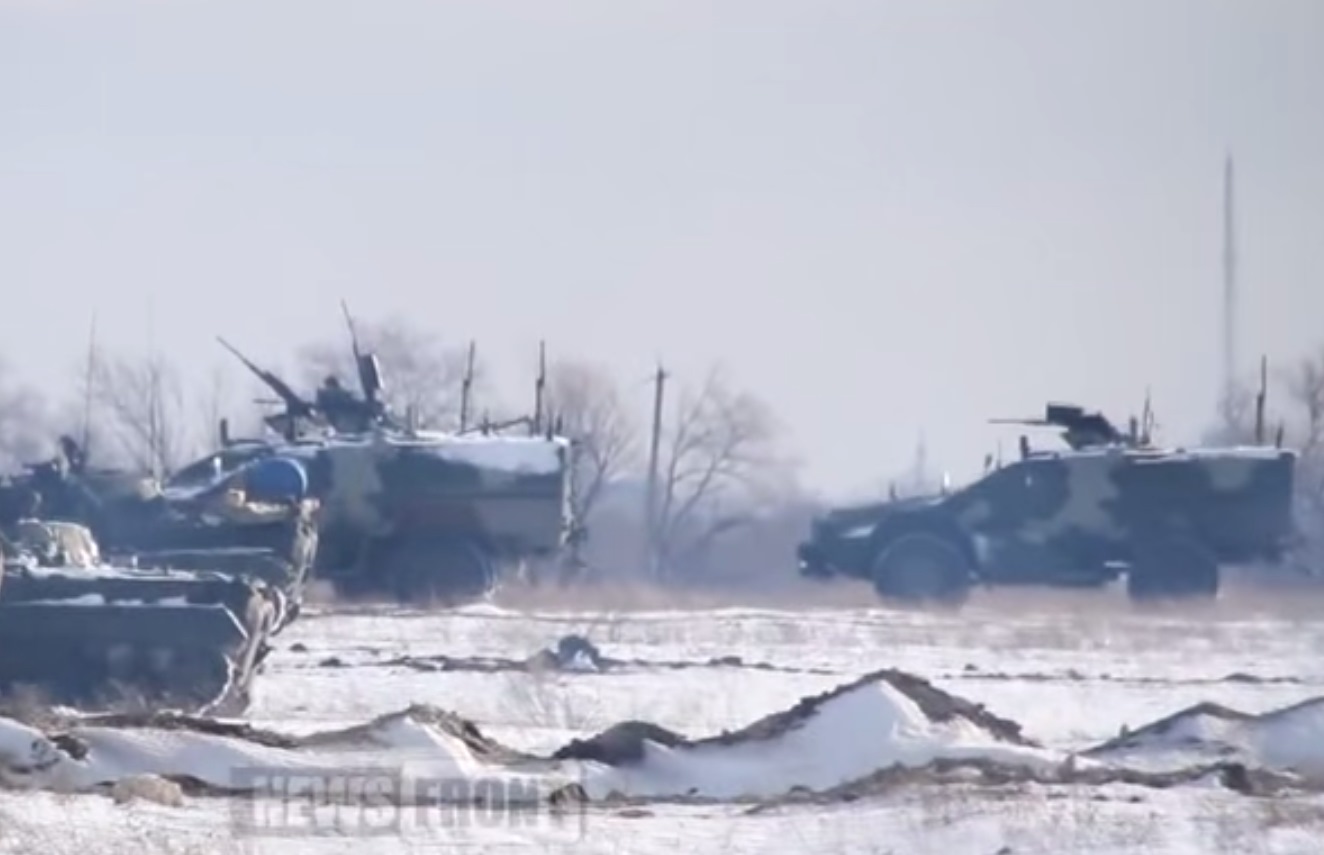 These Russian vehicles are not used by the Ukrainian military, and their presence inside Ukraine would be compelling evidence Russia has sent military vehicles into Ukraine. However, it has been impossible to find the position this video was filmed, so it has not been possible to confirm this was filmed inside Ukraine.

Yesterday a new image of a BPM-97 reportedly inside Ukraine was posted online by various sources.

Unlike the earlier video it has been possible to find the exact location the photograph was taken inside separatist controlled Luhansk in Eastern Ukraine. Twitter user @murderotica_ established the location of the vehicle in Luhansk.

.@ISNJH here’s the brief comparison with panorama from the same area, different angles. This is 100% correct location pic.twitter.com/8rdo5At2BF

The below image from Yandax Maps shows the same location featured in the new photograph, with the two large structures highlighted below visible in both images. 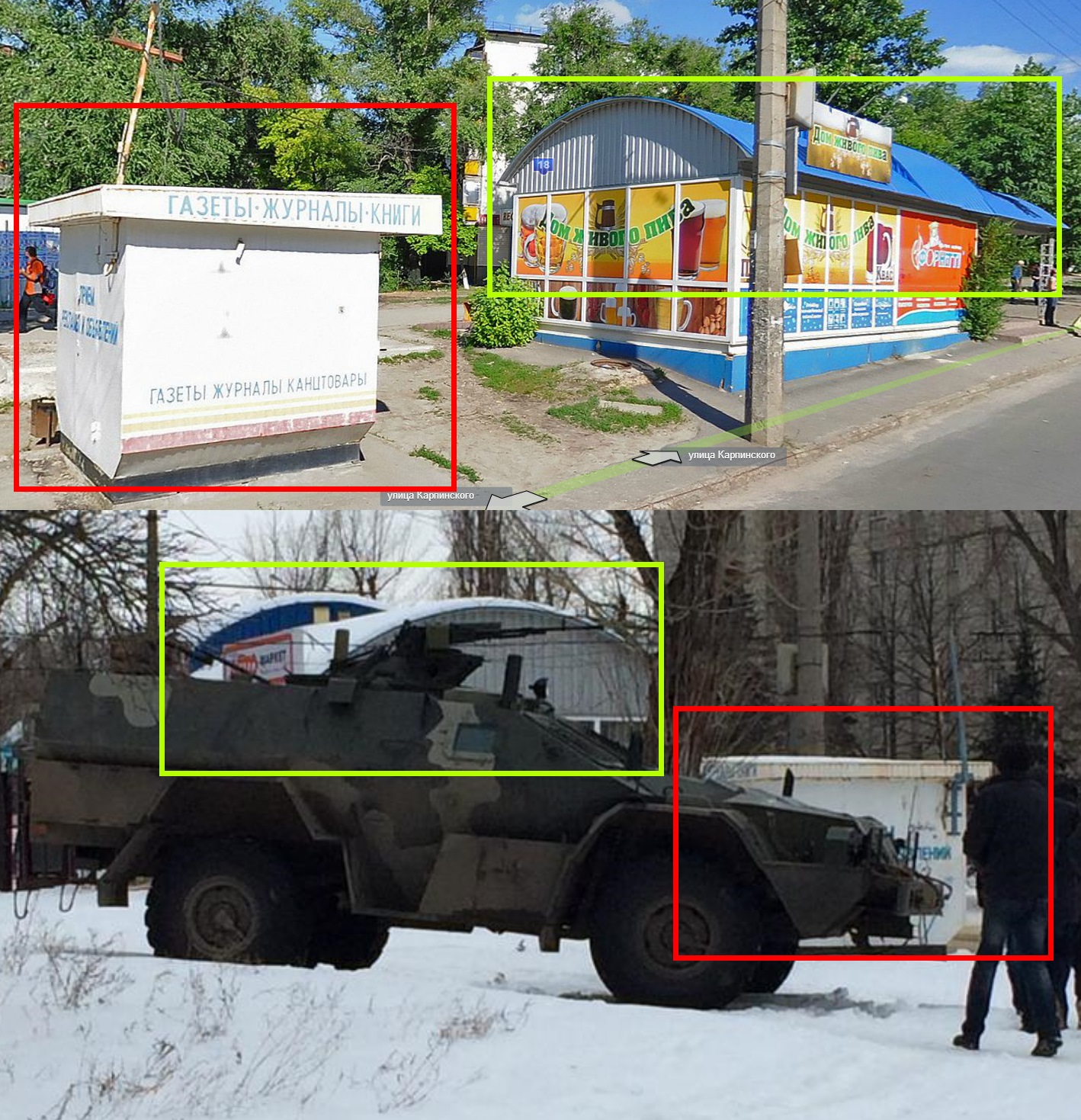 Smaller details also match, for example the signs on the concrete lamp post between the two structures. 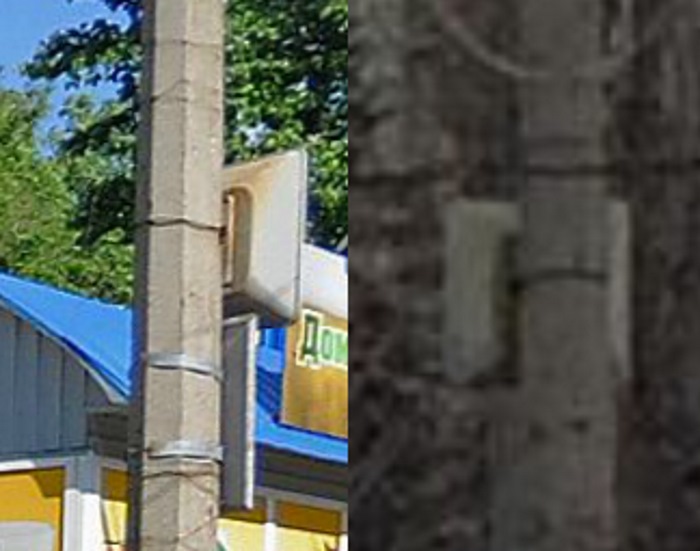 Another example is the style of lamp post and cabling in the area is also a match. 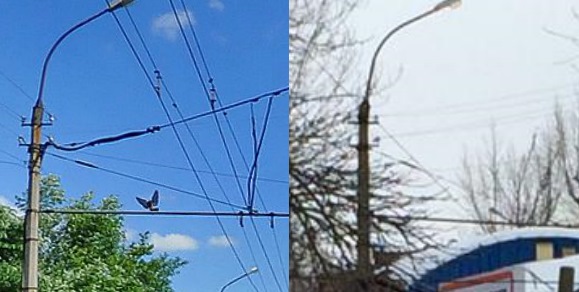 Based on this and other details it does appear that the photograph showing the BPM-97 can be precisely located in Luhansk, as per the geolocation by @murderotica_ and considering Ukraine does not have BPM-97s it seems extremely likely this is a Russian military vehicle inside Ukraine, adding to evidence that Russia is providing a variety of military vehicles to Ukrainian armed groups.