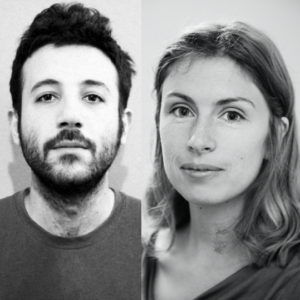 The Bureau of Investigative Journalism has been investigating strikes in Afghanistan for the past five years. It has been a struggle. Issues from sheer danger on the ground to a near-total lack of transparency from the U.S. and Afghan armed forces have made the job difficult.

There was a cache of 21 strikes in our database that demanded further investigation. They had all reportedly hit buildings, mostly civilian homes, with allegedly devastating results – family members killed in an instant, and a total of roughly 200 people alleged to have died.

What could we find out from afar about these strikes? In order to get accurate information, we teamed up with Bellingcat and asked for help from its community of volunteers. More than 150 people answered the call, creating accounts on Check, a collaborative crowdsourcing tool that allows people to contribute information.

The results were impressive. In all cases, we made some progress. Yet how much progress we were able to make varied from case to case. In some, we were only able to find additional reporting or a social media post that we couldn’t verify. In others, we were able to do much more, like geolocate the strike and find out more about who it killed. Here’s how we went about that for just one strike, in Baghlan province.

An example of an incident in Check, a crowd verification tool.

We had reports of a strike hitting a civilian home in Baghlan province, killing seven members of a family on July 9, 2019. There were, however, conflicting narratives over who carried out the strike.

The Afghan Ministry of Defence had reportedly admitted that civilians had died, but seemed to stop short of accepting responsibility. The U.S. military meanwhile had denied carrying out any strikes in the area. This contradicted a statement given by the provincial governor on camera blaming NATO forces at a funeral.

Finding the location of the building allegedly hit was our first priority. When responsibility for a strike is not clear, proving it happened is a crucial first step — and for that, you need the location.

We had some hints as to the area – a Taliban video from July 10 2019 detailing the incident mentioned it occuring in a village called Kotobkhil. Finding a village in Afghanistan, however, can prove tricky with some places having multiple spellings and names, or not appearing on regular maps.

To help understand locations of some of these strikes and keep track of any progress, a contributor built a web scraper that took information from Falling Rain, a geographical database with detailed information on locations in Afghanistan. The scraper transformed this database into a KML file which could then be imported to Google Earth. This allowed us to look for specific villages inside a given province or district more easily. 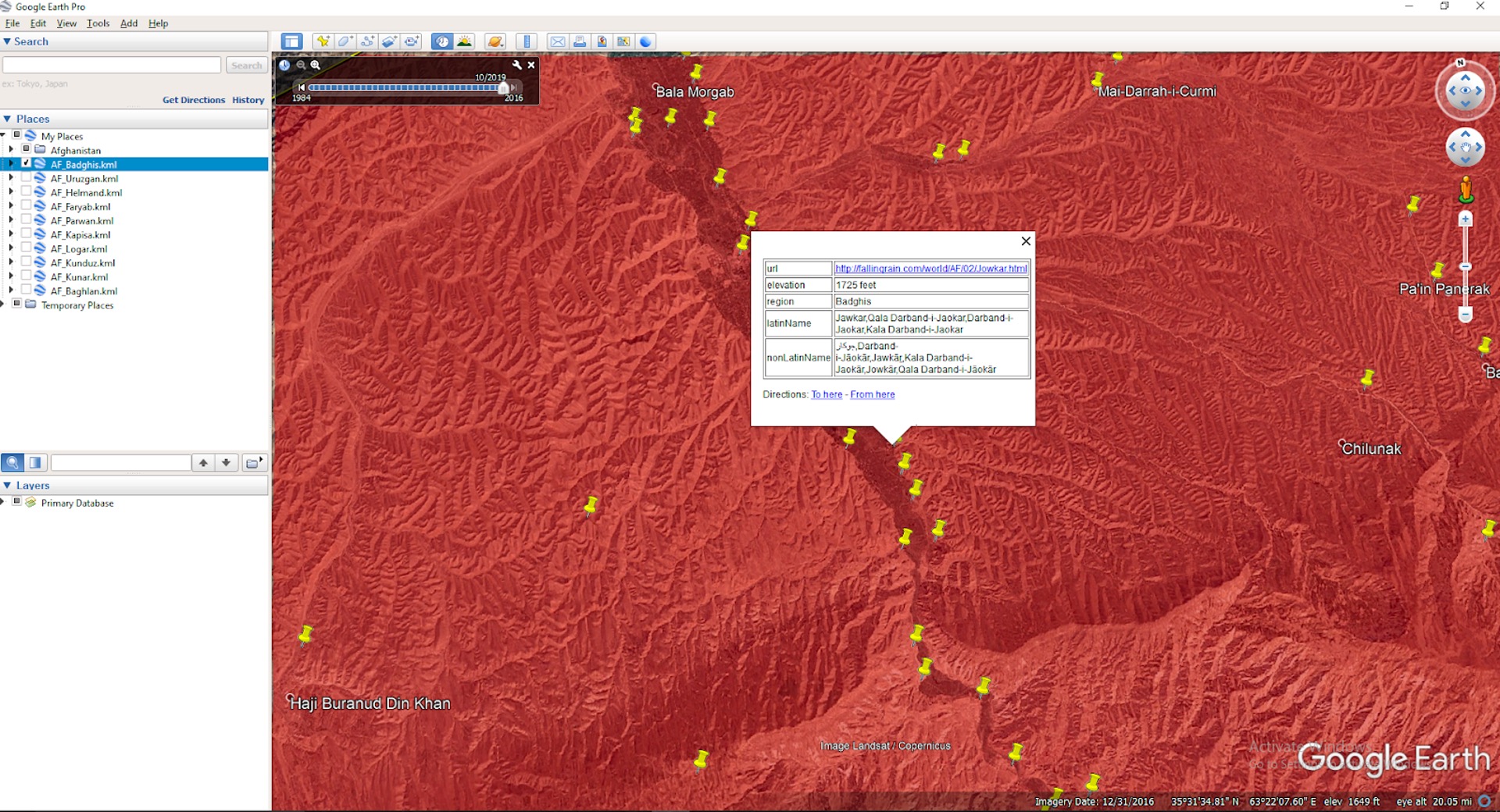 In the absence of a mapping services which provide names for small places in Afghanistan, In Google Earth data scraped from Falling Rain appears as yellow pins which contain different spellings and names for villages in Afghanistan in Latin and non-Latin languages, allowing us to look for specific villages inside a given province or district.

The Taliban video gave a detailed tour of the alleged strike site. A few features stood out, including an L-shaped building which appeared to have been hit during the strike, and the way the trees flanked the compound.

One user was able to find a match on satellite imagery in close proximity to a village called “Katab Khail”. The area matched where the village had been located in an OCHA report that contained detailed maps of the province. We confirmed the presence of an L-shaped building on the north side of the compound in high resolution imagery from December 2018.

The next hurdle was finding up-to-date satellite imagery so we could see the compound after the alleged attack. Unfortunately, the most affordable satellite imagery provider announced it was pulling its services the week the Bureau’s project was launched.

Throughout this case study, and indeed other investigations in Afghanistan, lack of access to recent and high quality satellite imagery was a significant limiting factor. Google, the primary source of such imagery, has very low resolution coverage of Afghanistan, and indeed appears to deliberately degrade some areas, such as Camp Shorabak. Although we were helped by Planet Labs, imagery of the compound before the strike was extremely limited.

Unfortunately we were not able to obtain publishing rights for the December 2018 imagery, although it does clearly show the presence of the L-shaped building. In the geolocations below we use a mix of Planet Labs imagery taken in April 2020, and Apple Maps imagery hosted on satellite.pro, where the L-shaped building is clearly visible. 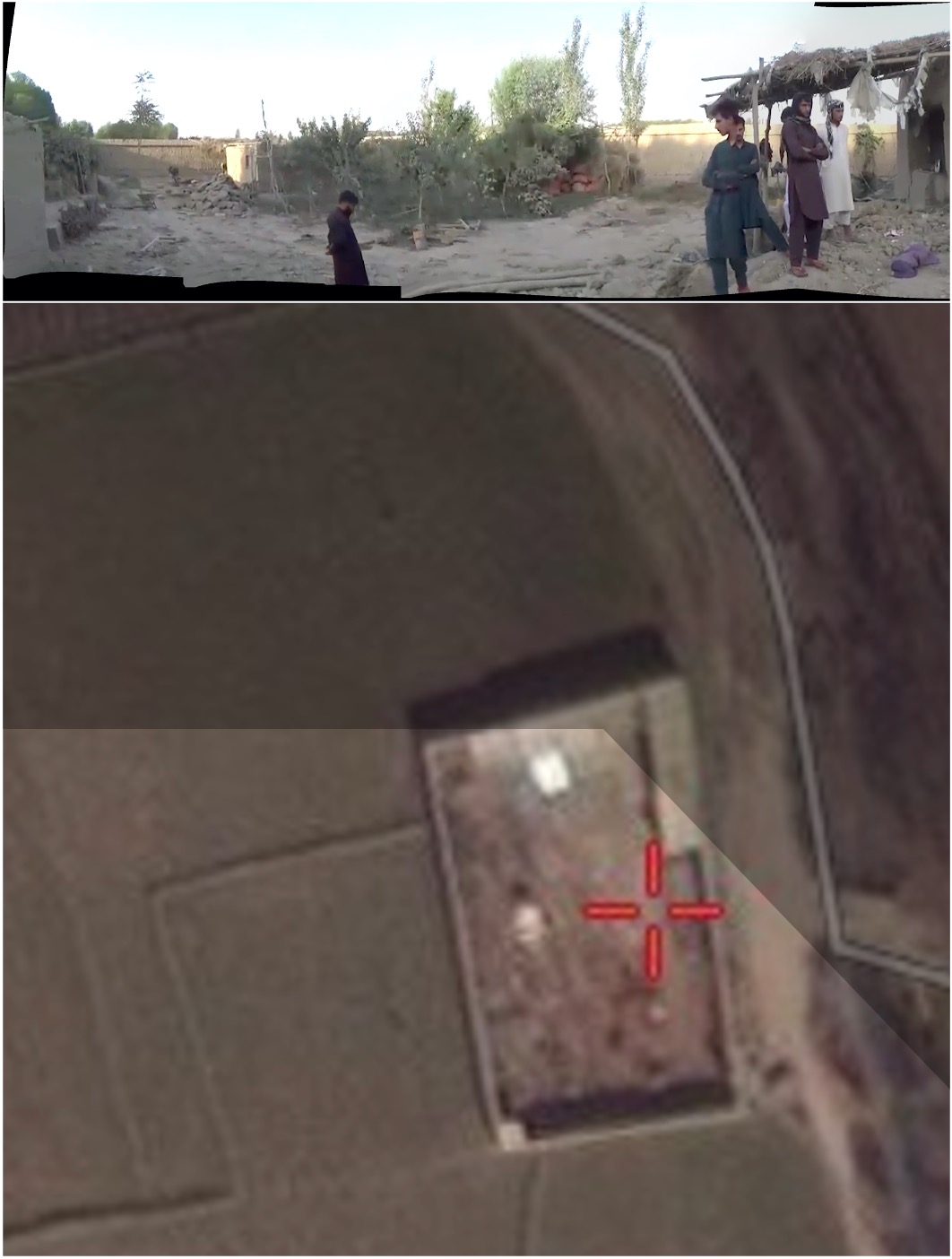 Comparing before and after images did not allow us to prove the damage occured on the date the strike was reported, but it did confirm that the L-shaped building was no longer present at the compound, indicating significant structural change had occurred at some point between December 2018 and April 2020, and helped the team to corroborate the location further. 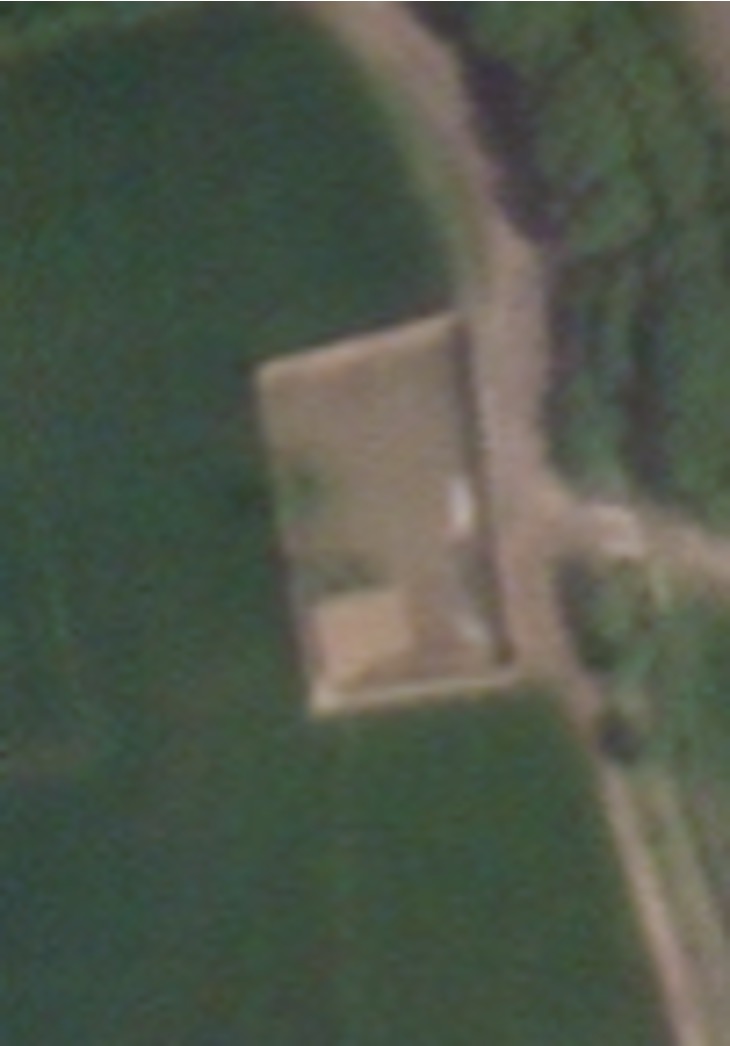 Who did the strike kill? We had seen reports of a family of seven victims, but wanted to know more about who they were.

One news article published by a news site called the Afghan Voice Agency in Dari, one of the main languages in Afghanistan, included a photo of bodies said to be from the scene. A reverse image search of the photo hit a match on TinEye. This revealed a tweet with many extremely graphic replies – the same photo as seen on the Afghan Voice website, as well as multiple images of childrens’ bodies.

Some of these bodies in these tweets appeared to match those shown in the Taliban video, as well as the footage of a funeral. All were shared on July 9, the date the strike reportedly occurred, or else they were shared after.

Most of the accounts sharing these images seemed to be pro-Taliban. Yet there was one Twitter user who had shared the image and had described himself as a political analyst. His name had been mentioned in numerous reputable news sites, quoted on issues relating to Afghanistan’s political situation. In his tweet, he said he was related to the people killed in the strike.

It was the first possible link to any victims of this attack. After we sent him a direct message on Twitter, we were able to speak over the phone where he shared some of the details of the night. He put us in touch with a man named Ismael Khan, who he said was his relative. A similar name, Mohammad Ismail, had appeared in the Taliban video and the name Ismael had been mentioned in reporting.

Despite the halting connection, our reporter was able to speak with Ismael a number of times and get a clearer picture of that night. Ismael said he was sleeping on the terrace the night the strike hit. He awoke after the impact, later learning in hospital that the blast had killed his wife and six of his children.

“I was [generally stunned and not entirely conscious] but I could reach and touch my son’s body. I knew that he was dead,” he told the Bureau. “I wasn’t aware of others until very late. I was taken to the hospital and our villagers took my family out of the rubble.”

Ismael shared photos of the compound with us, which matched the area shown in the Taliban video. He also shared photos of his children alive. We compared these with the footage we had of the bodies, finding there were clear matches with some of the children. In other cases, it was more difficult to tell.

We also approached the province’s hospital director who had been in touch with Ismael, and confirmed the family’s misfortune.

We were able to do two key things in the above case: prove that a strike had occurred and put names, ages and faces to those it killed.

We must note that we used more than just open source tools for this investigation — and had to reach out to sources on the ground for confirmation of the events that occurred.

We did not come to a conclusion as to who carried out the strike. Weapon fragments that seemed to be from an American weapon were shown in one of the videos, but it appeared to be tacked on the end of a modified version of a Taliban video. It was also difficult to verify if the footage was taken at the same site, as none of the surrounding area was included in the video.

Regardless, the evidence gathered brings true accountability in the Afghan air war closer. Far too often its victims are faceless, and casualties figures are just that – numbers.

We thank all those who have taken part, including but by no means limited to Nick Waters, @LOActualControl, Mark Snoeck, Frank Andrews, Tom Gould, cody, seter, colan, ile, basti, biosboii, eydoux and Megan Marrelli. Also thanks to Meedan who allowed us to use Check and Planet Labs who helped us with imagery. 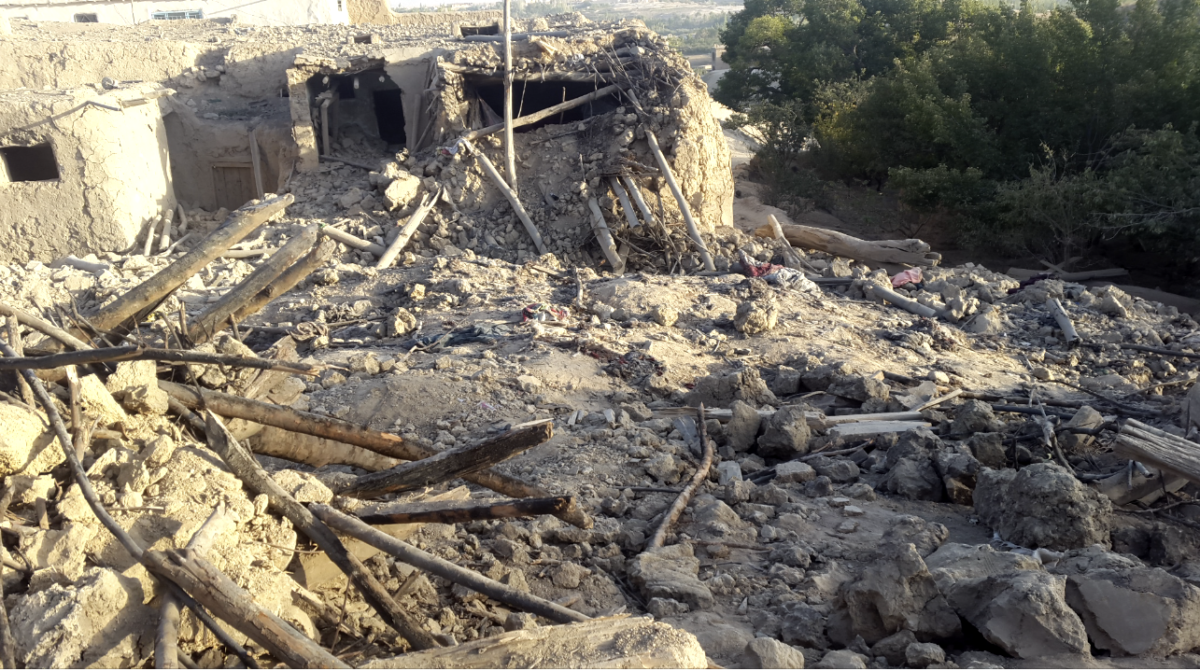