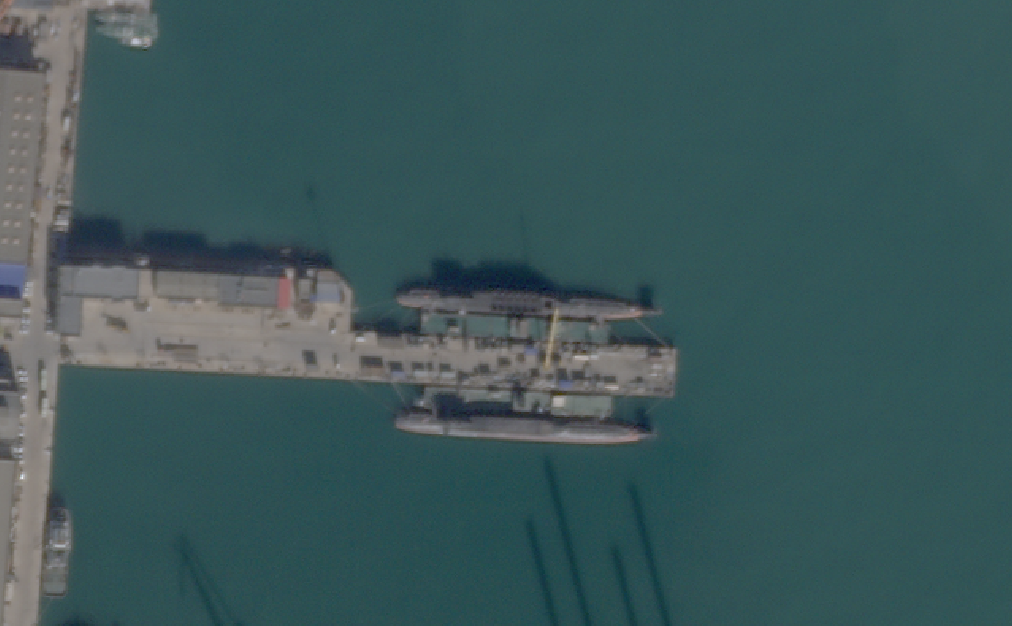 Workers at the Bohai Shipyard at Huludao have constructed two additional Type 094 JIN-class ballistic missile nuclear submarines (SSBN), satellite imagery from Planet Labs suggests. One Type 094 relocated from the shipyard’s fabrication hall to the nearby fitting-out pier in November 2017, while another relocated in October 2018. The Type 094 is the People’s Liberation Army Navy second generation SSBN that form China’s credible sea-based nuclear deterrent capability.

Assessing the total number of Type 094 submarines available (or soon to be commissioned) is not a simple task. China does not include hull numbers on the sail and handheld photography of key sites has been published sparingly on the Chinese internet. Moreover, observations from satellite imagery to confirm overall numbers are complicated by China’s likely initiation in 2015 of deterrence patrols—as implied by public statements from U.S. officials.

The U.S. Department of Defense’s China military report published in August 2018 stated that China operates four JIN class boats and that one was under construction. The previous 2016 report did note that China may produce a fifth hull before turning to the development of the next generation Type 096 SSBN in the 2020s. Previous estimates however indicated that China could build up to eight boats in the Type 094 series. The recent downward estimate is likely due to the shipyard’s shift in constructing the Type 093 variants between 2013 and 2017. 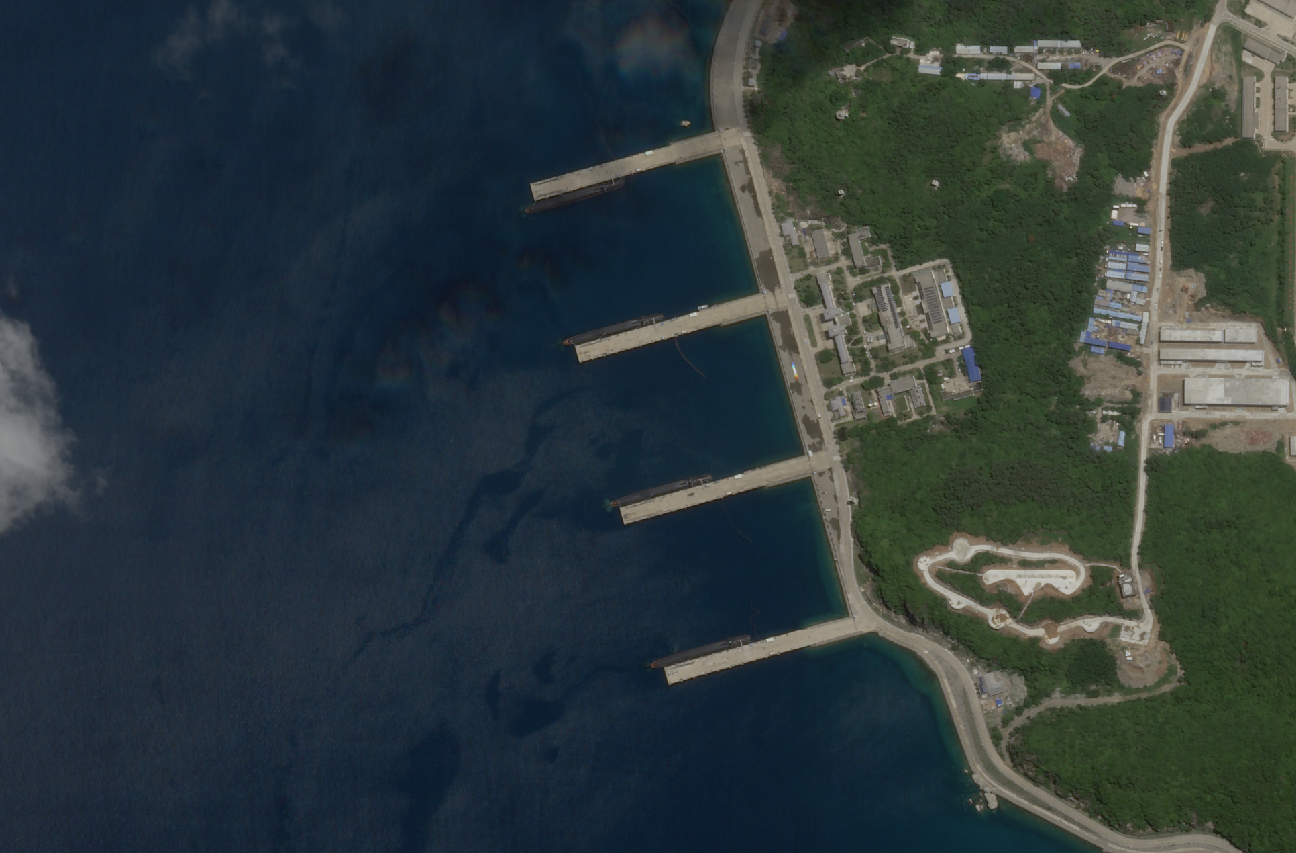 Imagery suggests that four Type 094 are operationally deployed to the Longpo Naval Base on Hainan Island. Imagery captured all four boats berthed at the base at various intervals between March and July 2017. From the last observation of the four in July to the November 2017 launch of the Type 094 at Bohai, between one and three JIN were visible on imagery. This follows a similar pattern of activity previously observed suggesting the JIN-class maintain a persistent patrol in the South China Sea, in what is likely becoming a bastion for SSBN operation.

Moreover, these patrols were all the more necessary during this period as India and China, both nuclear armed states, were involved in an increasingly heated standoff in the Himalayas at the tri-border area of Doklam. While neither state brought nuclear threats into the conflict, nuclear weapons are always in the background affecting the calculus of an adversary. India however, was at a disadvantage at the time as it was unable to send Arihant, its sole SSBN, out on patrol. Imagery shows that Arihant was confined to maintenance at Vizag. The SSBN relocated outside of its mobile shelters only in September after the standoff seemingly cooled. (Interestingly, after this observation a Type 094 was observed at Xiaopingdao between December 2017 and January 2018).

Meanwhile, high cadence imagery collected by Planet Labs provided a persistent look at the Bohai shipyard from July 2017 to November 2018, a period when all four JIN were unaccounted and new SSBNs were being launched. Up to 244 days of Planetscope imagery was analyzed in the process of tracking shipyard activity. While there remain some gaps due to cloud cover, a categorization of blocks of activity was possible which suggests that the JIN did not return to Bohai from Longpo. This is a significant determination as the JIN visible on imagery at the fitting-out pier relocated from the shipyard’s fabrication hall. Therefore, recent analysis suggesting that the commissioned subs returned to the shipyard for refits or long-term maintenance is likely incorrect. Moreover, observers have yet to see a SSBN return to the fabrication hall for refits; most occur in a dry dock.

What’s the more probable analysis? China has constructed two additional Type 094 submarines, bringing their total (future) number to at least six. This suggests that China’s nuclear deterrent is very much viable and there are still four operational SSBNs with one currently on patrol or conducting at-sea deployments, similar to previous baselines.