Shigatse During the Doka La Standoff 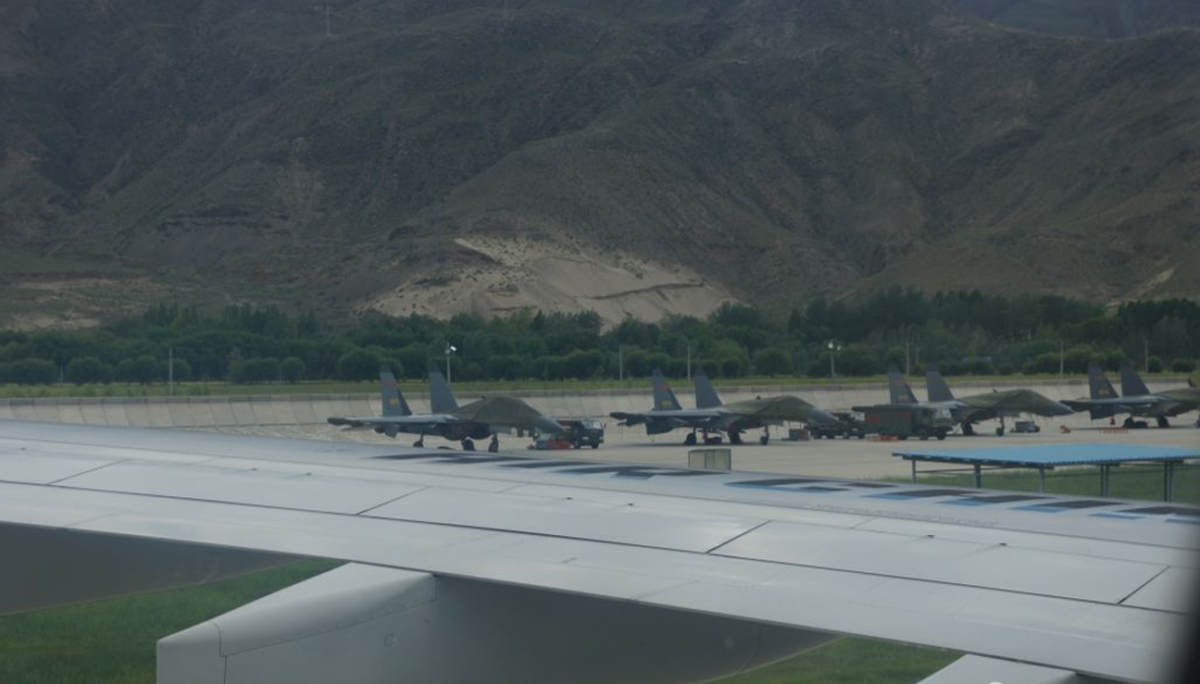 A couple weeks back, we jumped over the border and looked at India’s Hasimara. This week we go back and touch on China’s Shigatse, a civil-military airfield less than 100 miles west of Lhasa. Commercial imagery acquired during July and August has shown up to eight PLAAF J-10 multi-role fighters parked on the apron. They likely arrived between March and April after at least five Shenyang J-11, a modified and locally produced variant of the Russian Su-27SK, departed the airfield.

Similar to Gonggar, the fourth generation aircraft were also joined in late June by a rotation of MI-17 or MI-171 HIP, the latter an improved variant. At least two of the four HIP had weapons racks or winglets attached suggesting they could perform combat or transport roles. The People’s Liberation Army (PLA) Air Force and the PLA Aviation Corp operate the platform.

The deployment of helicopters to forward locations is notable, particularly as the PLA modernizes into a smaller more flexible force. As a part of the 2015 military reform, the PLA replaced its seven military regions with five new theater commands. The Tibet Autonomous Region, which falls under the Western Theater Command (WTC), began developing a joint operations framework. According to the PLA Daily, the WTC brought experts together in February 2016 from more than 100 schools to focus on a joint operations roadmap.

In addition to the helos, by 06 August 2017 we also saw the first known deployment of a drone to the airbase. A single Cloud Shadow high altitude long endurance UAV, joined the HIP on the western parking apron. A primary satellite link was also located at a leveled support area north of the runway. The presence of the satellite link suggests the UAV is piloted from the airbase. This is the first drone deployment at a forward airbase observed since the Doka La crisis was triggered.

Beyond aircraft, the airfield’s surface-to-air missile site, located west of the runway, had elements deployed throughout July and early August. In the past, radar and firing units have been observed in operation south of the runway near environmental shelters where they are believed to be stored. Also similar to observations at Gonggar, imagery confirms a deployment of the long range HQ-9 launchers. Unfortunately, full identification of all deployed assets on the hardstands could not be confirmed due to the employment of tarps.

Bottom Line – Despite SAM assets on alert throughout July, fighters deployed to Shigatse remained within baseline for the airbase. However, additional platforms deploying to this location should be watched closely as the the PLA operationalizes its new theater commands and tensions remain with India.