Medical and rescue facilities in opposition held areas have frequently been the target of air strikes by pro-government forces, and what appears to be the open stages of the Battle for Idlib is no different. On September 6th 2018 the Syrian Civil Defence Twitter account posted images of what was described as a White Helmets centre that had gone out of service following a massive attack on the Idlib countryside: 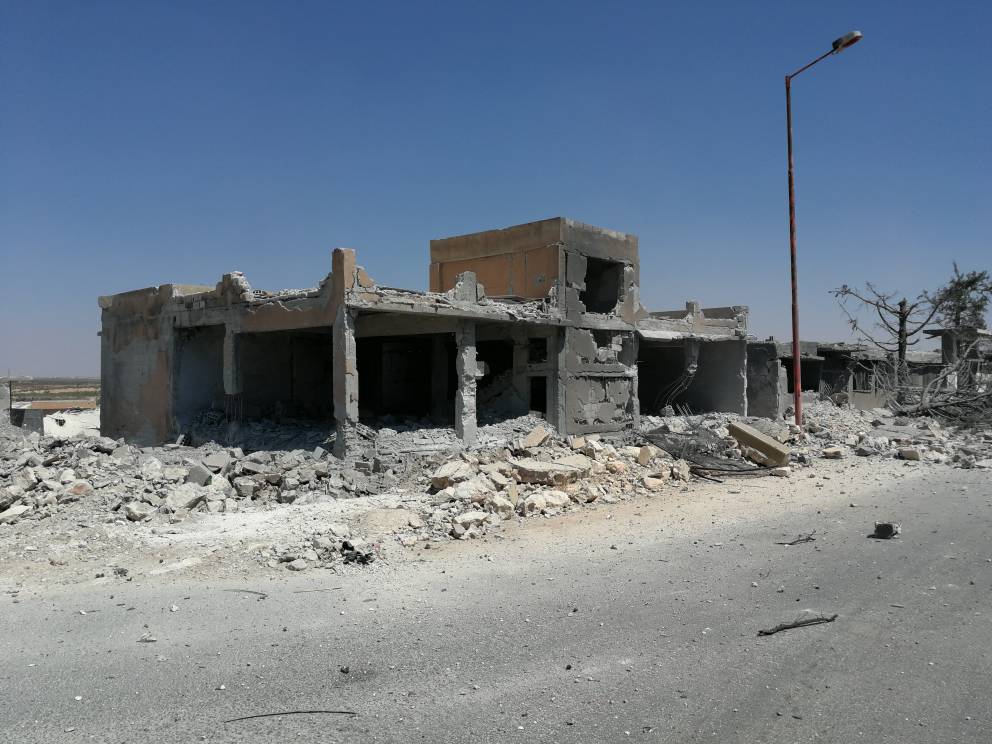 On September 8th, Hass underground hospital was targeted in airstrikes, with multiple videos from the hospital shared online following the attack:

Hala Systems, who uses an on the ground network inside Syria to track the movements of aircraft, provided data about air activity in the area around the time of attack. They tracked multiple Mi-8 Hip helicopters flying from the Vehicles School helicopter base in Hama, taking off around 40 minutes before the attack. After that, Hips were sighted by different spotters on the route towards Hass underground hospital, then around the area Hass hospital is in just before it was bombed. According to reports from Hala Systems the hospital was then bombed twice, with 10 minutes between each attack.

Mi-8 Hip helicopters are military transport helicopters, and are linked to the use of improvised barrel bombs. On the day of the Hass hospital attack a Mi-8 Hip was filmed dropping a barrel bomb on the town of Al-Lataminah, just 20km south of Hass:

The Hala System reports are consistent with witness statements about the attack and video footage filmed at the site of the attack. A video uploaded to YouTube by Orient News shows the moment the hospital was struck: 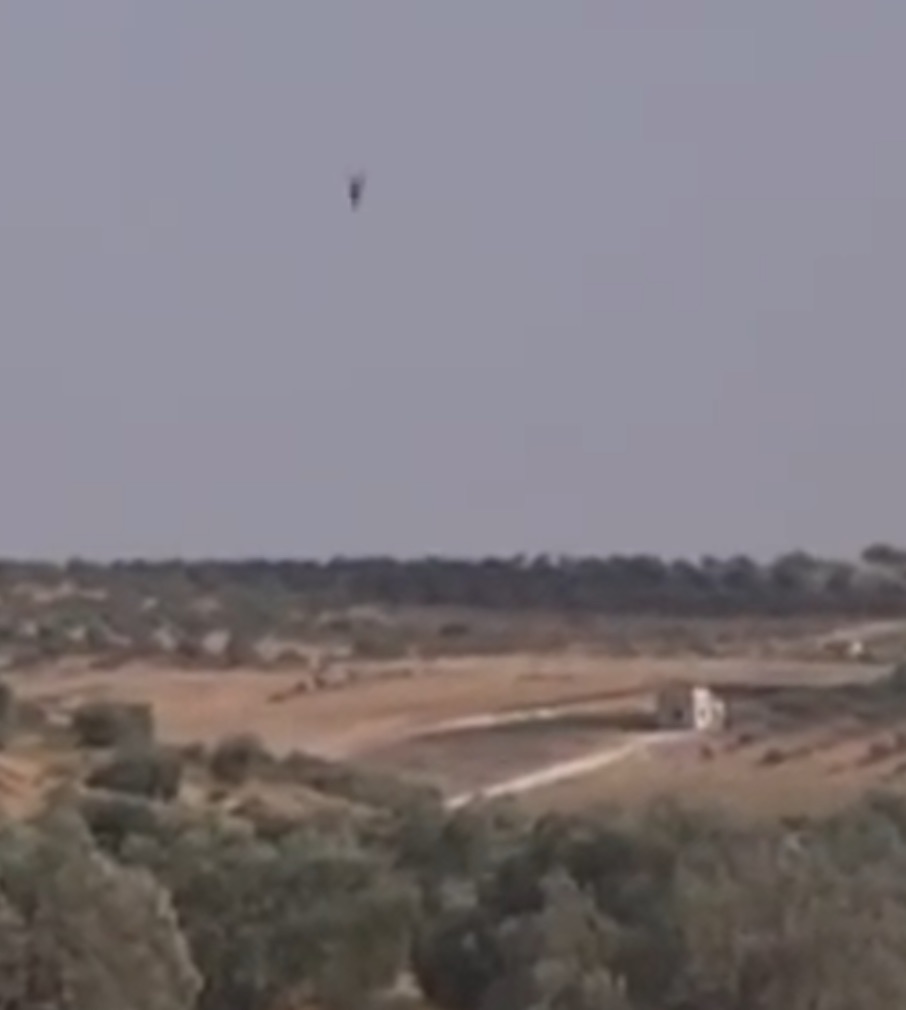 The bomb is clearly visible in the air, and the noise of the bomb travelling through the air, sometimes mistaken for the sound of aircraft can also be heard, cutting off after the bomb explodes. This same audio phenomenon is captured in other videos, for example this video filmed on September 9th 2018 that shows a clearly identifiable barrel bomb producing the same noise shortly before it hits the ground:

This would strongly indicate at least one barrel bomb dropped from the helicopter was used in the attack, consistent with other statements. In the following video (translation here), one witness describes helicopters dropping barrel bombs on the hospital:

Other witnesses state the hospital was attacked twice by helicopters dropping barrel bombs, first the entrance to the hospital was hit, followed by a second attack that destroyed power generators. Initial reports from the attack indicate 3 people were injured in the bombing, two visitors and an anesthesia technician.

In addition to medical and rescue facilities being targeted by air strikes, footage uploaded to YouTube by The White Helmets in Idlib on September 9th 2018 shows members of The White Helmets putting out a fire in Khan Sheikhoun, a target of heavy bombardment in the last few days, being bombed by what’s claimed to be cluster munitions: