On April 22, the Saudi-led coalition carried out multiple airstrikes on a wedding in Yemen’s Hajjah Governorate, with reports of at least 33 dead, including the bride. Reportedly, the majority of casualties were women and children. Survivors of the attack described how the jets continued to circle the bombing site after the attack, preventing first responders from reaching the victims. Dozens of images and videos [note: links lead to extremely graphic content] have been published in local and social media showing the victims of the airstrike, both at the wedding and a hospital in Hajja.

The following day, April 23, local media in Yemen published a photograph of weapon remnants taken by the Ansar Allah Media Center, which has extensively documented the airstrike through multiple social media platforms, including Telegram, Facebook, and Twitter. This photograph, along with others from the scene, were reportedly passed to the Yemen Press Agency (Saba News Agency) from the media center.

The photograph shows the remains of the wing assembly of an American-made GBU-12 Paveway II guided bomb. The caption at the bottom of the image reads: The massacre of the enemies on the wedding party in village called Al raqa in Bani qais administration which resulted of 33 martyrs and 55 injured which an estimate that is not final. 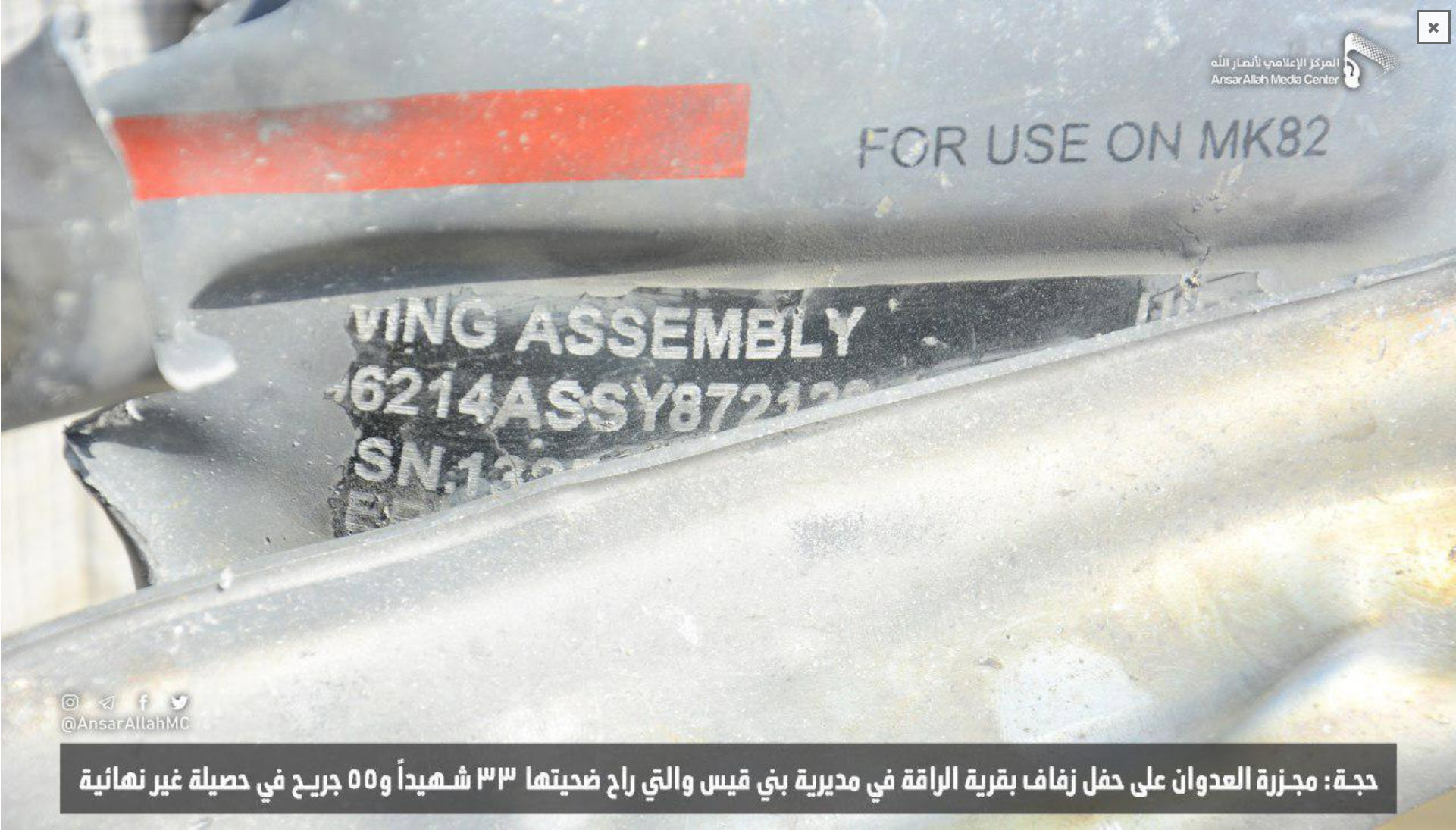 We can trace back this exact wing assembly part to an online database (thanks to @obretix), with the serial number (1325…), SKU (96214 … 872128…) matching up with the wing assembly part used for the GBU-12 Paveway II guided bomb. This bomb part was manufactured by the American defense firm Raytheon. 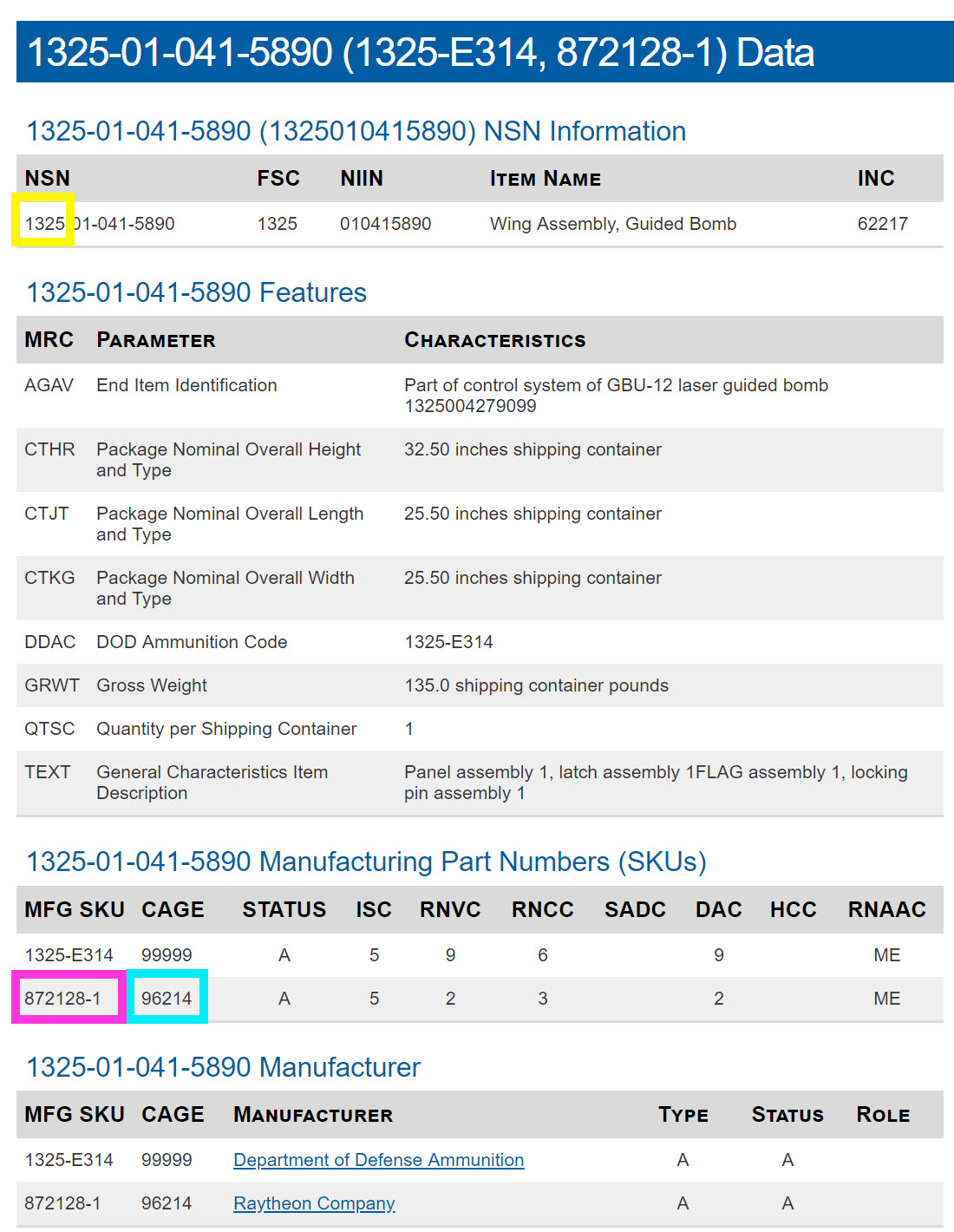 Previous use of this bomb in Yemen

Assuming the Ansar Allah Media Center photograph is from the recent strike — and there is no evidence indicating that it is not– this is far from the first time that the GBU-12 Paveway II guided bomb, which is manufactured by Lockheed Martin and Raytheon and provided to the Saudi Arabian military by the United States, has been used to target Yemeni civilians.

In September 2016, Saudi-led coalition forces bombed a water drilling site in the Sanaa governorate using the same GBU-12 Paveway II bomb. Human Rights Watch published a photograph from the scene of the attack showing the same wing assembly label that was found nearly two years later at the bombed wedding site. Below, we compare the September 2016 bomb (bottom) and April 2018 bomb (top). 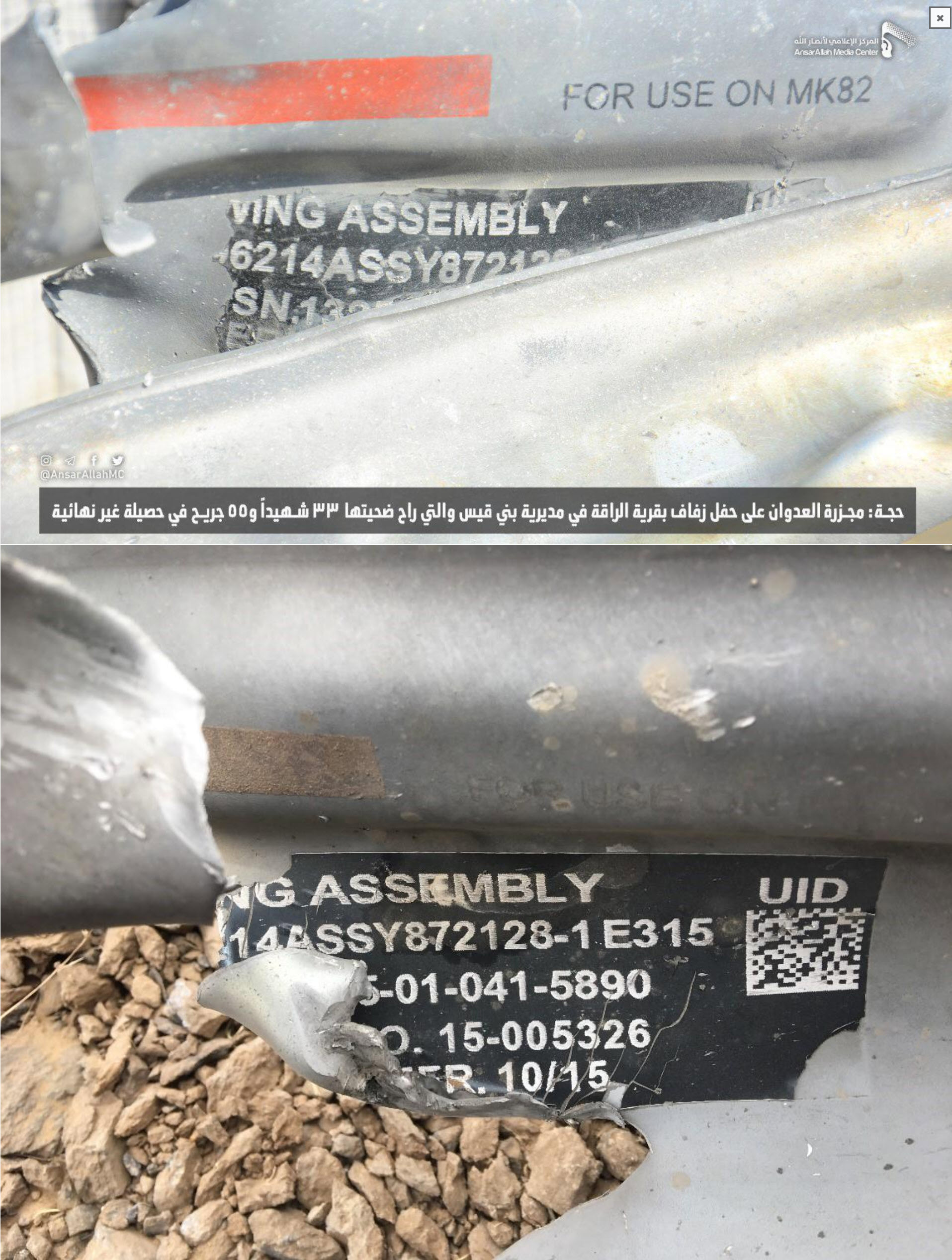 Just one month after this attack against the water drilling site, Saudi-led forces used the Raytheon-made bomb, as reported by The Intercept, in a deadly strike against a funeral in Sanaa, killing over 140 people. While the label is not the same as in the two previously-mentioned examples, the label on the recovered remnant indicates that the fin was created for a MK-82 bomb manufactured by Raytheon (as indicated by the 96214 code), which points to the GBU-12 Paveway II bomb. Human Rights Watch has confirmed this identification.

No end in sight

In 2015, five months after the Saudi intervention in the Yemeni Civil War, the Obama administration approved the sale of 4,020 GBU-12 Paveway II guided bombs to Saudi Arabia. During President Trump’s visit to Saudi Arabia in June 2017, his administration reportedly offered to sell “over 104,000 air-to-ground munitions,” which includes GBU-12 bombs, along with four other U.S.-made guided bombs.

Numerous unsuccessful bipartisan efforts have been made in Congress to halt U.S. involvement, which includes supplying the Saudi-led coalition with intelligence that is used in air strikes, in the Saudi intervention against Yemen.