While Mahmoud Werfalli is wanted by the International Criminal Court (ICC) for the war crime of murder, the commander of the Saiqa Brigade has continued conducting executions in Libya.

Bellingcat has extensively discussed and analysed the Werfalli arrest warrant, as it is solely based on evidence collected on social media.

This article discusses a series of recent events related to Mr Werfalli:

Mr Werfalli is an commander of the Saiqa Brigade, a unit attached to Mr Haftar’s LNA which controls large swathes of primarily eastern Libya. The LNA rejects the internationally recognised government in Tripoli and instead supports the separatist authorities in eastern Libya. It is widely believed Mr Haftar will run as a candidate in the elections that the United Nations wants to hold at the end of the year.

Following several summary executions of alleged jihadist fighters, the ICC issued an arrest warrant for Werfalli demanding his extradition in August 2017. Bellingcat analysed and geolocated several of the videos presented as evidence by the ICC.

On Sep. 7, 2017, for example, reports emerged that five individuals were murdered or assassinated in Ajdabiya, Libya. Activists linked the killing to the arrival of Mr Werfalli to the town. A photo, allegedly of the incident, has been geolocated to the car market round about in Ajdabiya. 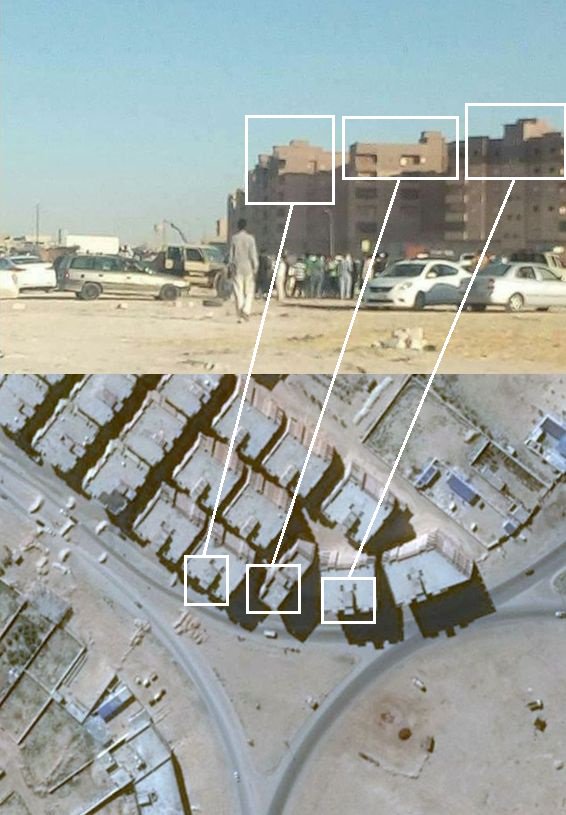 A month later, on Oct. 14, Mr Werfalli reportedly burned or ordered the burning of a house of a family in Benghazi’s Qawarsha district on charges of alleged IS members. 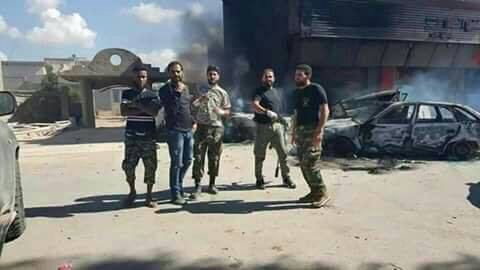 But the largest defiance of the ICC arrest warrant had yet to come.

A two-minute video was uploaded to Facebook on Jan. 25. It is unclear who the original uploader is, but the earliest upload Bellingcat could find came from someone who seems to be closely associated with the Saiqa Brigade.

The video starts with scenes of the aftermath of a twin car bombing that happened in Benghazi a day earlier, on Jan. 23. Lifeless bodies are being loaded on the back of a pickup truck. Half a minute into the video, the text “The response came fast” (Arabic: وجاء الرد سريعا) appears. 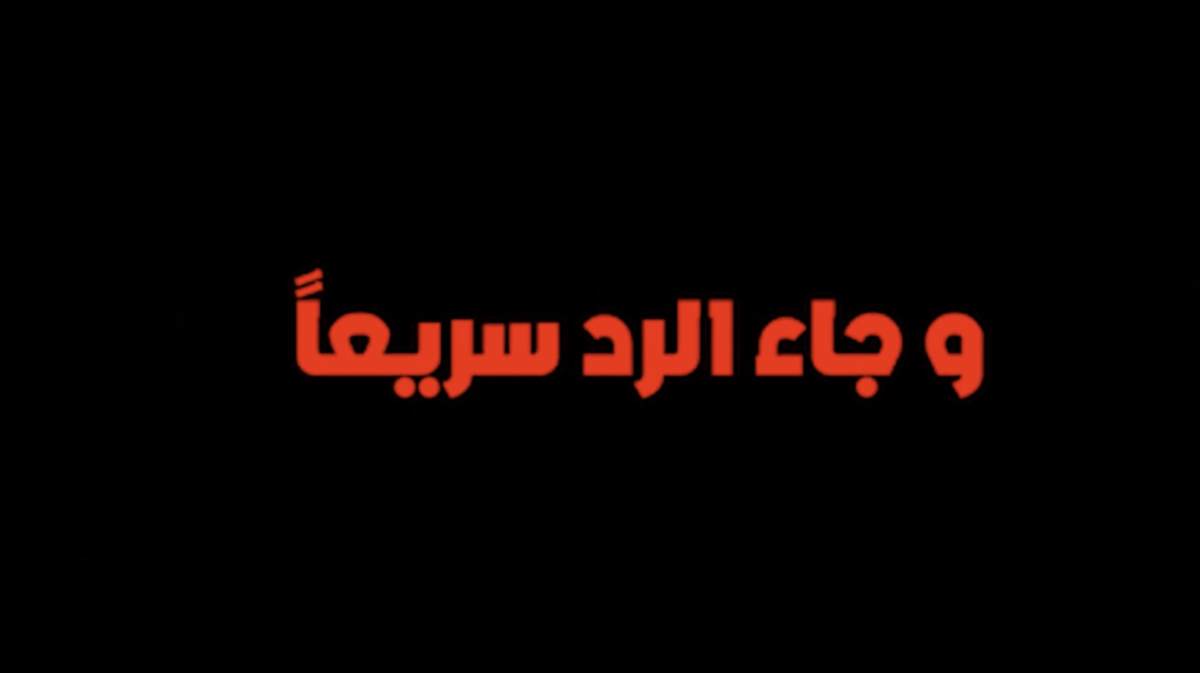 Mr Werfalli, wearing a full camouflage uniform, is then seen in the video footage. Ten persons wearing blue jumpsuits and green blindfolds, therefore assumed to be prisoners, with their hands tied behind their backs, are kneeling on the ground in front of Mr Werfalli. 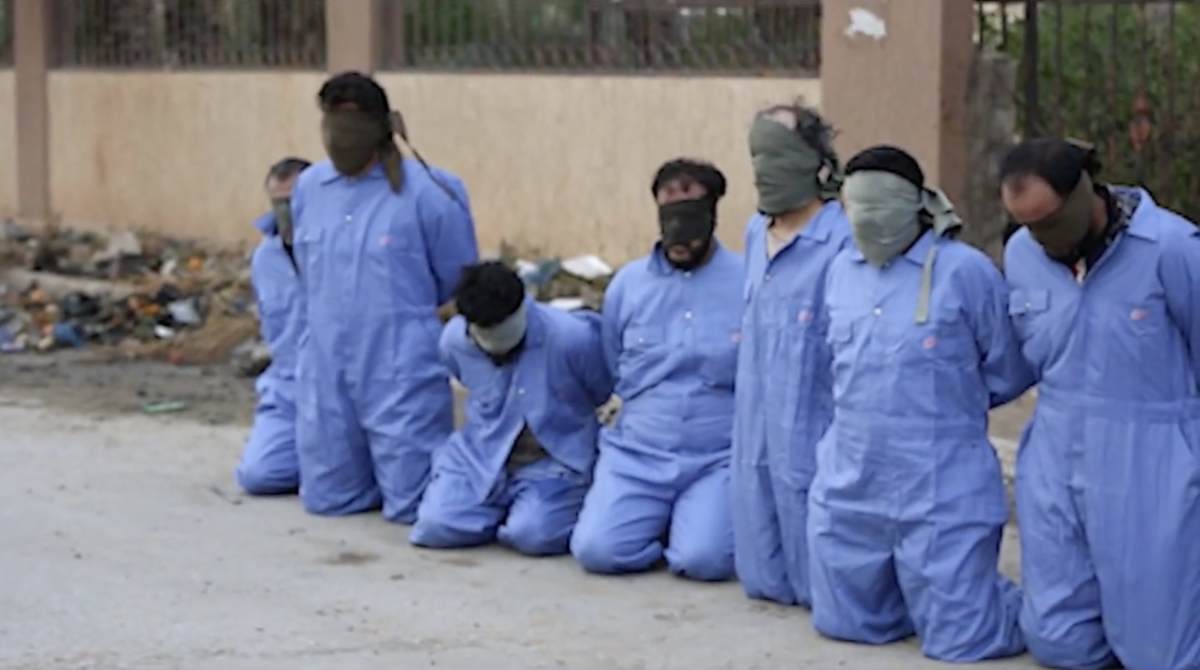 Mr Werfalli carries a rifle with suppressor in his left hand, and he starts executing tand starts executing the detainees one by one with a single shot in the head. The scenes appear to mimic execution videos of the so-called Islamic State (IS). Subsequently, a mob including children is seen throwing stones at the lifeless bodies of the ten detainees. A crowd is chanting revenge for the “martyrs” from the Bayat al-Radwan bombing. The video ends with a scene showing two Toyota pickup trucks driving with the bodies in southeastern direction. Geolocation shows that the execution took place in front of the Bayat al-Ridwan (Arabic: بيعة الرضوان) mosque in Benghazi. The coordinates of the location of the execution are 32.1238378, 20.0942087 (Wikimapia).

The executions took place at the same spot where a twin car bombing took place a day earlier on Jan. 23. The bombing targeted worshippers leaving the mosque, and resulted in the dead of at least 34 people dead with another 90 injured, according to Human Rights Watch. The execution of the ten captives was a retaliatory act by Werfalli, sources told in Benghazi told Libyan Express. This is what the execution video also suggests. Images posted on social media show the aftermath of the car bombings at the Bayat al-Ridwan mosque in Benghazi on Jan. 23, 2018. (Source)

Feb. 6: Werfalli Announces He Hands Himself In

The video and photos were published online as UN Libya envoy Ghassan Salame visited Benghazi, and met with LNA’s leader Khalifa Haftar at a military site near the city in eastern Libya. Mr Salame expressed condemnation of the car bombing.

Shortly after, the United Nations Support Mission in Libya (UNSMIL) tweeted that it was “alarmed by reports of brutal and outrageous summary executions” and demanded the immediate handing over of Mr Werfalli to the ICC.

1/2 UNSMIL is alarmed by reports of brutal and outrageous summary executions in #Benghazi 2day. @UN demands the handing over of Mahmoud alWerfalli immediately to @ICCT_TheHague as it documented at least 5 similar cases, in 2017 alone, carried out or ordered by alWerfalli. Protesters in Benghazi, Libya, hold up a banner in support of Mahmoud Werfalli. (Source)

With apparent international pressure mounting, Mr Werfalli claimed to have received instructions from Mr Haftar and that he would hand himself over tot the military police in the city of Marj “to complete the ICC investigations”. He announced his surrender in a video message published on Feb. 6.

As the news spread that Mr Werfalli had surrendered and was in custody on Feb. 7, protestors in Benghazi set tires on fire to blockade roads. Some claimed that the building where Werfalli was held was stormed by an armed group. The facts about what really happened are unclear. A day later, Mr Werfalli was released according to a military told Reuters:

A military source said Werfalli had returned to Benghazi overnight “after the completion of investigative procedures concerning the case of the International Criminal Court”. There was no official comment on his release.

Bellingcat will continue to monitor the developments in Libya and Mr Werfalli.