Khan Sheikhoun, and the Persistence of Conspiracy Theories and Sarin

Much like the August 21, 2013 Sarin attacks in Damascus, the April 4, 2017 Khan Sheikhoun Sarin attack has given birth to a range of theories about what did or did not happen. Despite theories presented by various parties that the attack did not involve a Sarin/Sarin-like substance or that the attack was faked, even Russian and Syria has agreed with the finding in the July 4th OPCW-FFM report on Khan Sheikhoun, as per the statement of Edmond Mulet of the OPCW-UN Joint Investigative Mechanism (JIM) on July 6, 2017:

Despite this, there are still some who cling to the idea that the videos and photographs taken at the scene of the attack, in particular those showing rescue works treating victims and filmed at what is reportedly the impact site, were somehow faked. There are two ideas seized upon to “prove” that the attack was faked: that rescue workers showed no signs of Sarin exposure despite their proximity to victims, and that the presence of individuals close to the impact site that show no signs of Sarin exposure. A popular example of this is shown below:

The key issue at hand is the persistence (or persistency, as many technical documents refer to) of Sarin in the environment. In regards to chemical weapons, persistency has been defined in a number of ways, but broadly speaking it is how long a chemical agent is present in an environment before it disperses or breaks down. Chemical agents are often put into two categories, persistent and non-persistent, although the OPCW uses a scale of low to very high, with Sarin rated as low. Other chemical agents used as chemical weapons in the conflict, according to the OPCW, include sulfur mustard, with a very high rating for persistency, and chlorine, rated low for persistency. 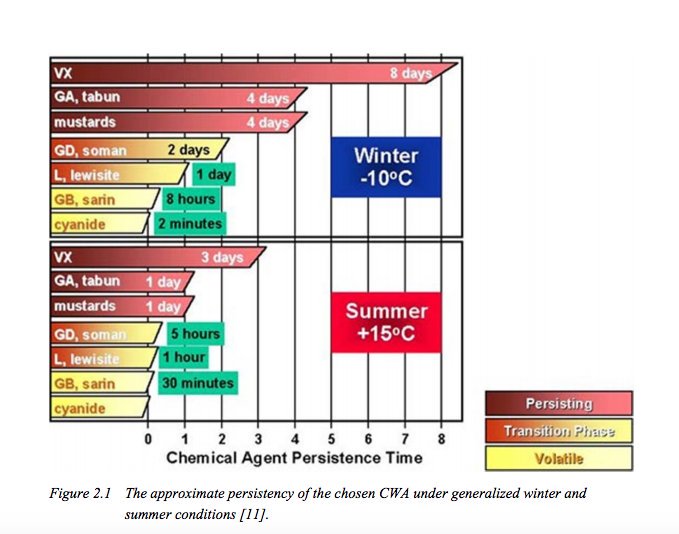 The temperature range that Khan Sheikhoun experiences around the time of year the Sarin attack took place would be around 7°-23° Celsius, depending on the time of day, according to historic weather simulations.

Another publications containing data on the persistence of Sarin is the “Summary Report on a Database for Predicting Consequences of Chemical Disposal Operations,” published by the Edgewood Arsenal in 1973. This report defines persistency as “the volatilization time for 99% of that part of the agent that evaporated off, and was recovered from, the vapor state.” 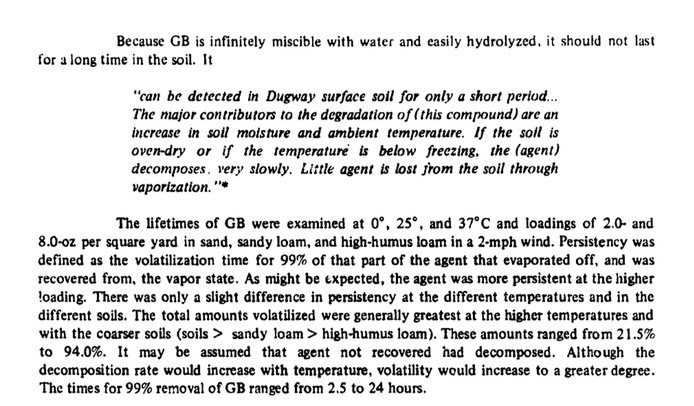 Based on the reports definition of persistency, it states the “times for 99% removal of GB (Sarin) ranged from 2.5 to 24 hours”, depending on the type of soil and temperature. In the case of Khan Sheikhoun the impact site (shown below) was the middle of a road, and while road surface were not tested in the above study, it would be reasonable to assume it would be closer to coarser soils in terms of volatilisation: 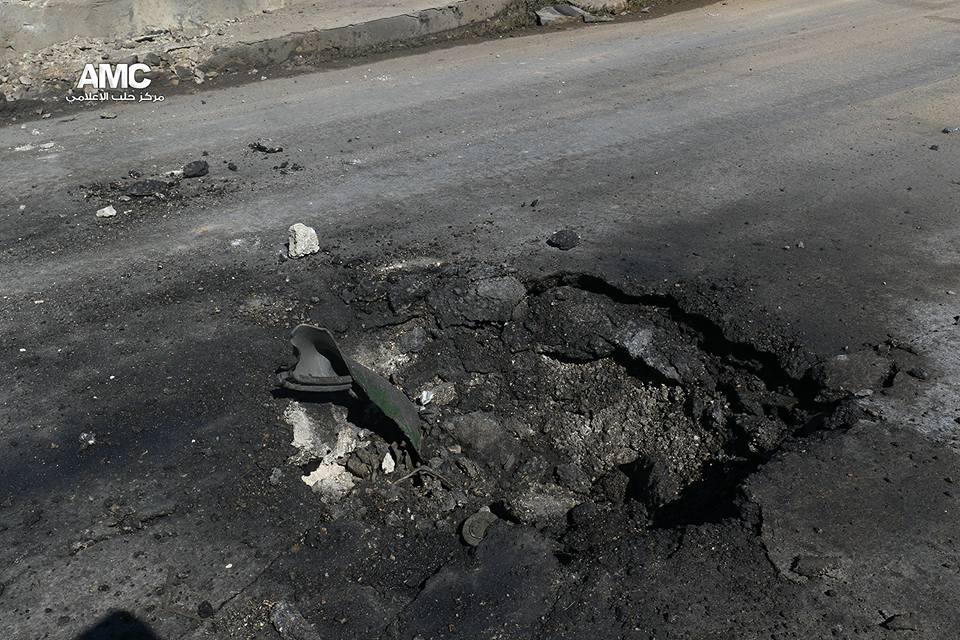 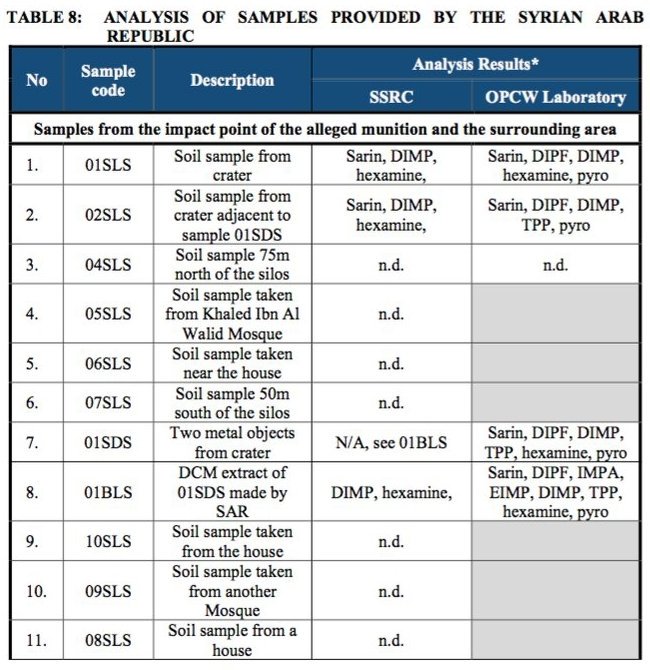 In the case of Khan Sheikhoun, the lethality of Sarin around the impact site would have reduced rapidly after the initial impact, and being present at the site would not have been the instant death sentence that some people would have you believe. Those videos and photographs cited as proof of fakery and conspiracy, showing people close to the impact crater, were posted several hours, if not days, after the attack. The video showing the collection of evidence from the attack site that is has been frequently used to push theories of fakery was in fact uploaded over 48 hours after the attack, with no indication it was filmed close to the time of impact:

For those who still doubt the short/non-persistency of Sarin, there are earlier examples of Sarin attacks where unprotected civilians stood near impact sites. In the aftermath of the August 21, 2013 Sarin attacks in Damascus, multiple videos were posted online showing impact sites, including this one, taken around 36 hours after the attack, showing one of the munitions used in the attack being picked up:

Another impact site was filmed, around 30 hours after the attack, with no apparent ill effects:

In another video, birds that were reportedly killed in the attack are shown several hours after the attack:

Despite attempts by some to claim the presence of civilians at the impact site after the attack indicates that the use of Sarin on April 4, 2017 in Khan Sheikhoun was some how faked it is clear that this is based on either an ignorance of the persistence of Sarin, or willfully ignoring the facts.