Seymour Hersh is not having a good couple of weeks. Since his latest article was published in Welt, he has come under criticism from various parties, not least Bellingcat, for his thinly-sourced piece on the April 4th, 2017 Khan Sheikhoun chemical attack that offers a narrative totally unlike those presented by not only the United States, but also Russia, France, Syria, and opposition groups operating on the ground in the aftermath of the attack.

Hersh relies heavily on a single source in his article: “a senior adviser to the American intelligence community, who has served in senior positions in the Defense Department and Central Intelligence Agency.” In his article, this source spins a detailed tale of the Russian’s monitoring of a Jihadi meeting place, with a basement full of cleaning chemical and fertilisers released into the atmosphere when a Russian supplied laser guided 500lb bomb was dropped by a Syrian Su-24 onto the building.

As I’ve previously highlighted, it appears odd that when the Russian and Syrian governments provided their version of events shortly after the attack, they gave a different target location, target type, and attack time that Hersh’s sources provided. Instead of the early morning bombing of a Jihadi meeting place in the north of Khan Sheikhoun, Russia and Syria said the first bombing that took place was a Syrian Su-22 bombing a chemical weapons warehouse in the east of Khan Sheikhoun after 11:30am, hours after the time claimed by Hersh. It’s unclear why Russia and Syria would lie if the Hersh narrative is true, especially in the face of what would be a massive conspiracy against the Syrian government that led to the US launching an attack on a Syrian airbase.

Hoping to gain some clarity around what really happened, we contacted Seymour Hersh by email. In this message, we asked if he received the co-ordinates of the building he claimed was attacked, and if he could provide these co-ordinates if he received them. This request is relevant because satellite imagery of Khan Sheikhoun is available for April 6, 2017, where a building hit by a 500lb–as Hersh claims–would be clearly visible. At the time of writing, no response has been received.

With the publication of the OPCW report on the attack on Khan Sheikhoun, it is apparent that the OPCW report not only fails to support any claims made by Seymour Hersh, but clearly points away from them in a number of ways. The narrative from Hersh’s source cannot be reconciled with the findings from the OPCW report.

Hersh claims the source of chemical exposure was the Jihadi meeting place’s basement, filled with “rockets, weapons and ammunition, as well as products that could be distributed for free to the community, among them medicines and chlorine-based decontaminants for cleansing the bodies of the dead before burial.” The OPCW report contradicts this in two ways.

First, the report states that the source of the chemical agent was a crater in the middle of the road on the north side of Khan Sheikhoun, not any sort of structure. The OPCW report contains a map showing the exact location of this crater: 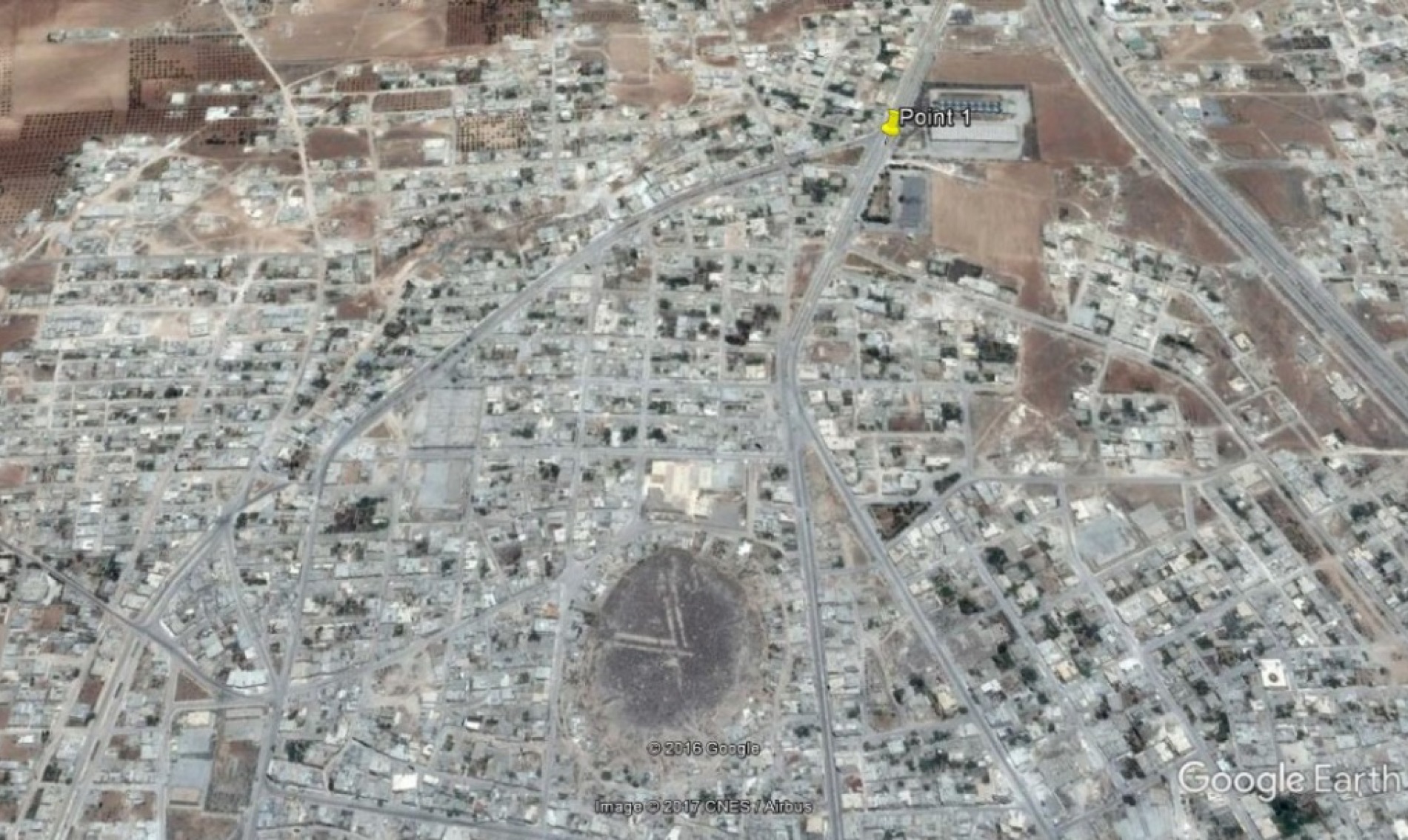 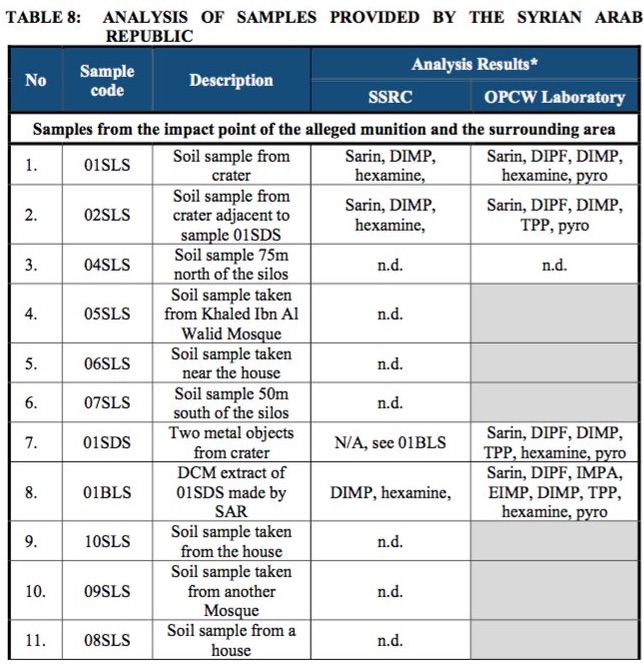 In addition, the OPCW interviewed a number of witnesses, and based on that and other pieces of evidence, it created a map of where victims were found, showing the chemical agent used in the attack originated from the crater: 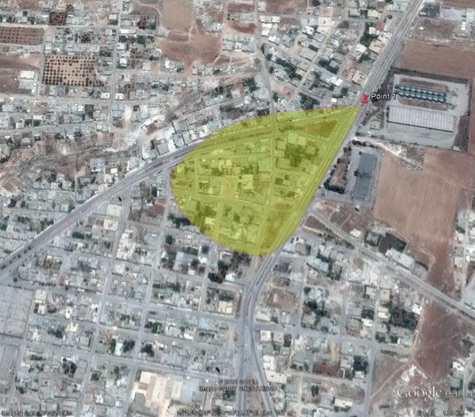 This map and the OPCW’s other findings runs counter to the narrative presented by Hersh in his article for Welt in every regard:

It’s unclear if this source was purposefully misleading Hersh, or the source was provided false information which he shared with Hersh. However, considering this information provided by primary source for Hersh’s article was directly contradicted by the OPCW report, there are serious doubts on the rest of Hersh’s reporting in the Welt article. Welt editors, fact-checkers, and other staffers who have supported Hersh’s work have repeatedly claimed that they’ve checked the source carefully, but it is now quite clear that this source has presented a version of events totally unlike those presented by the OPCW. Even if Hersh’s source’s story was true, this would mean that the Syrian and Russian governments were both complicit in independently fabricating stories what  by both falsely claiming that they bombed a different target in different parts of Khan Sheikhoun. These divergent claims would have been made despite how Hersh’s source claims that intelligence was gathered for days on the two-storey building supposedly hit.

It’s clear now that Welt must present evidence to support their claim, or retract the story entirely, and apologise for promoting conspiracy theories in their publication.