Mounting Evidence of Russian Cluster Bomb Use in Syria

Since October 4th, video footage of an unusual munition has been shared by opposition groups in Syria

The video shows a munition dropped from an aircraft, followed by a group of detonations just above the ground. Video posted on October 4th from Kafr Halab, located south-west of Aleppo, also shows a similar pattern of explosions in the air. Another video posted on the same day claims to show Russian cluster bombs targeting a Jabhat al-Nusra camp near to Kafr Halab, with a similar pattern of smoke in the air: 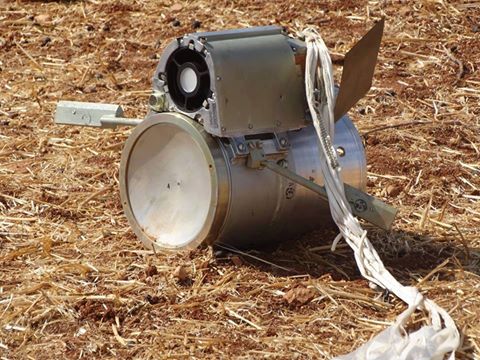 This is the remains of a cluster munition, the SPBE-D, deployed from a RBK-500-SPBE-D cluster bomb. In this video featuring the munitions manufacturer there’s clear matches between the design of the munition in the video and the munition photographed in Syria. The footage also demonstrates how the munitions operate, by launching their payload while above the ground at targets below.