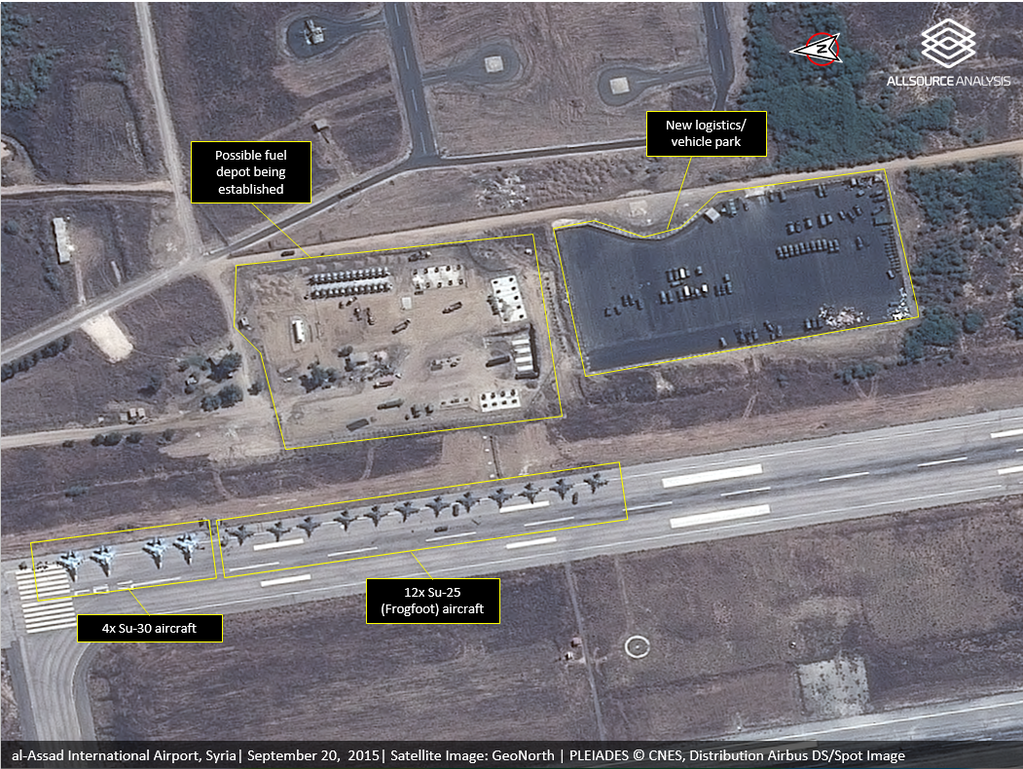 Earlier the SU-30SM were misidentified by the media as SU-27.

The Frogfoot is the Russian equivalent of the US-built A-10 Warthog, providing dedicated close air support. The twin-engine Sukhoi has five hard-points underneath each wing for carrying weapons and an array of attachments.

The aircraft first proved itself in the 1980s during Soviet counterinsurgency missions in Afghanistan, and has since joined the inventories of countries around the world.

It’s expected that these aircraft will soon be joined by other Russian SU-24M Fencer which news reports say are already at the airbase. Videos on youtube of alleged sightings also suggest they’re deployed to the country.

In total, US officials claim Russia has 28 combat aircraft in Syria which include the SU-25s.

However, this isn’t the first time Russia’s dedicated ground attack aircraft have been employed to take part in the conflict.

Next door in Iraq, three former Russian Air Force Frogfoot were delivered to Baghdad’s al-Rashid airbase in late June 2014. Iraq’s forces were doing so poorly combating ISIS, they were rushed to the Middle Eastern country without their desert camo scheme.

Imagery from last November still shows them operating from the airbase, circled above in red. They’re easy to distinguish thanks to their darker colour camo pattern.

They were parked on the apron next to four Iranian SU-25 which reportedly deployed last July from Shiraz airbase. Imagery from 2015 of Shiraz airbase would suggest they still remain in the fight.