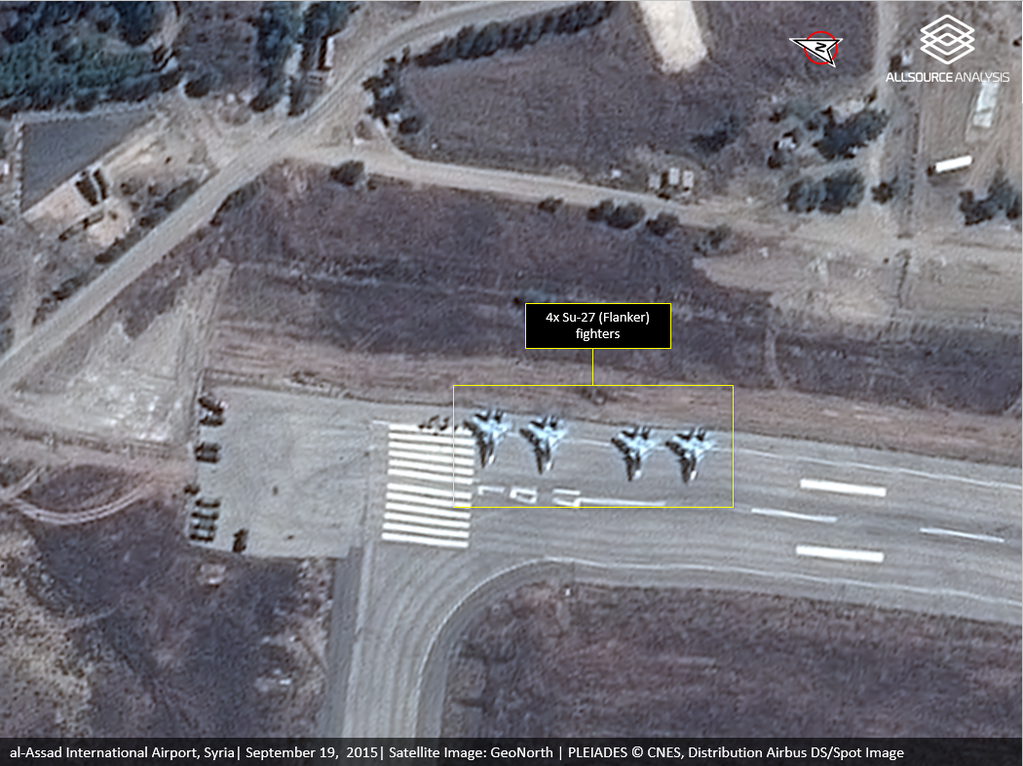 This post was originally written for Offiziere.ch after several comments questioning the imagery identification were posted on Twitter.

Recent satellite imagery acquired by Airbus of al-Assad International airport in Syria shows four SU-30SM aircraft, not four SU-27 Flanker as originally reported by the Institute for the Study of War.

The aircraft are easily mistaken for the SU-27 due to the modern variant’s use of the same airframe. The only predominant identifier on satellite imagery separating these aircraft from the earlier model is the canards positioned forward on the fuselage which assist with the aircraft’s thrust vectoring capability.

Located on the north side of the runway at Latakia, the SU-30SM multi-role fighters are one of Russia’s more advanced 4+ generation aircraft, often compared to the U.S. Air Force F-15E Strike Eagle. This variant is equipped with a passive electronically scanned array (PESA) BARS radar, fly-by-wire flight controls, modern ECM as well as thrust vectoring, making this a highly maneuverable and capable fighter.

The Flankers complement Russia’s growing presence in the Middle Eastern country which now include main battle tanks, APCs and attack helos (ISW, NYT, Reuters). Some sources have even hinted at a Russian S-300 presence, though that’s not yet confirmed.

Russia’s Irkut Corporation delivered the first batch of SU-30SM to the 6982nd Air Base at Domna in November 2013. As of June 2015, a total of 17 of the aircraft have been observed at the Siberian airbase on satellite imagery. Given orders confirmed at the end of last year, Russia should acquire at least 72 of the aircraft.

Since the post was created at Offiziere earlier today, the Institute for the Study of War updated their tweet: 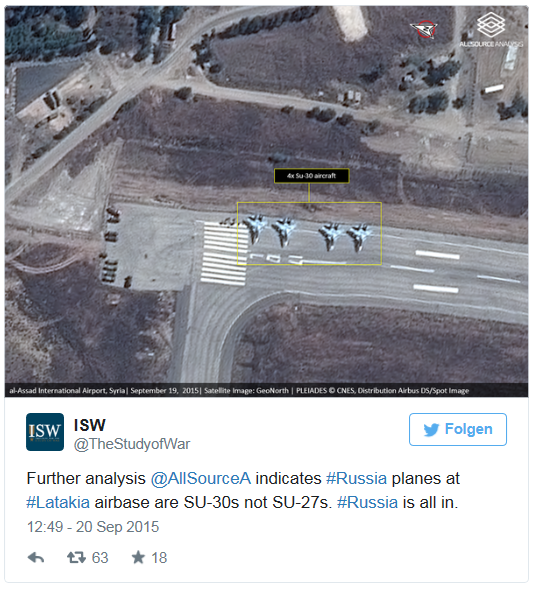