The purpose of this post is to detail the various investigations I undertook between 21 August 2013 and the end of the year.

As Brown Moses’ first commentator on chemical weapons, I was immediately involved in the investigation of events in Ghouta in August 2013. Early on in the process, a natural division of labour was laid out between myself and Eliot Higgins. Eliot and others were focussing on the weapon system used and the geography and geometry of the attacks. I was focussing on the chemical weapon aspects – what was the substance used, and what can we tell about the perpetrators, if anything, based on the information available.

The immediate aftermath of the chemical attacks left us with a variety of confusing information to process. The nature of the attack was not obvious to us, nor was the diagnosis of nerve agent poisoning clear. The vast majority of the information available during and after the incident consisted principally of videos, and the limitations of video analysis of a chemical event became clear.  While many people jumped immediately to the (eventually correct) conclusion that Sarin was the causative agent, I myself was not firmly convinced based on the available evidence, and numerous alternative explanations were circulating. This paper (DK 26 Aug PDF and weblink ) was one of my first attempts to analyse the data available at the time. Further thoughts and considerations are in this papers (Kaszeta early Sep 2013 PDF and weblink)

One thing that became quite clear was that many people knew little or nothing about the admittedly niche subject of chemical warfare forensics. Amateur efforts to collect evidence were evidently occurring and many members of the media were interviewing me about how one goes about conducting an investigation of this nature. I wrote a paper on chemical warfare forensics (CW Forensics PDF and weblink here) to help remediate this gap in knowledge.

The deployment of a joint OPCW/WHO team to Damascus to collect evidence provided a wide variety of useful information. An interim report was issued in mid September that provided some useful information, but which was lacking in some essential details. My reaction to that report is detailed here: DK Initial UN Report PDF and weblink.

A key finding of this report is that Sarin was definitively the causative agent for the chemical casualties. Sarin and Sarin-specific degradation products were found in environmental samples.

My paper raised many questions and I was asked by numerous people to look into various aspects of the report. I did so and prepared another paper in the form of an FAQ: FAQ on UN report PDF and weblink. Keen observers will note that, at this time, I had not yet discovered the role of hexamine in this interesting puzzle.

Estimating the size of the Attack:

The OPCW had definitively identified the chemical warfare agent as Sarin. But how much had been used. In this article entitled “Managing The Deficit” in CBRNe World Magazine (link here) I attempt to calculate, using old Cold War-era offensive target analysis methods, a rough estimate of the  size of the attack. I estimated, rather crudely given the method, that about 1000 kg of Sarin was used.

Further Details from the UN and OPCW

In November 2013, the role of hexamine in this story became more interesting.  The OPCW released an expression of interest document for contracting purposes that happened to contain an inventory of chemicals from the Syrian offensive chemical weapons production program.  (It is here if you are interested.)

In response to conspiracy theories mooted by Seymour Hersh, I wrote this piece in NOW Lebanon, which is a good summary of the evidence up to that point in time.  This article is my first public speculation on the use of hexamine as a necessary acid reducer in the production of Sarin. The astute journalists at the New York Times picked up on this in this article. Incidentally, this is the exact point in time that numerous episodes of trolling against me started.

An additional version of the UN/OPCW report was released, a more full-bodied document with interesting details. My reaction to this report is found here: Reaction to Dec 2013 UN Report PDF and weblink.

By the end of 2013, I was convinced that Sarin was the causative agent, that hexamine had been used in the manufacturing process, and that hexamine was one of a number of factors that linked the Assad government’s forces to the 8/21 attack.

2014 lead to more interesting developments, but I will leave them for a later post.

Further information and articles are available at my website: http://strongpointsecurity.co.uk/resources/syria/

A table of physical characteristics of Sarin is located here. 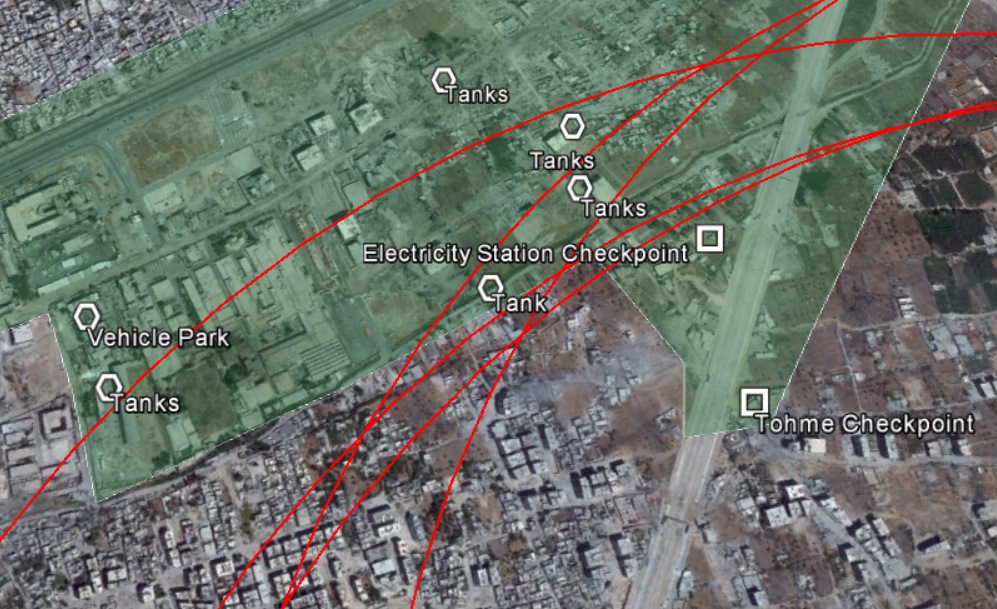