An account that apparently belongs to George Papadopoulos shared a photograph with the text “#business” on October 25, 2017, just days before news broke that Papadopoulos pled guilty to the FBI for making false statements to the FBI regarding meetings connected to Russia and the Trump presidential campaign. For more information on Papadopoulos’s plea and the information he has provided to the ongoing FBI investigation into Russia and the Trump campaign, see this overview.

This October 25th photograph gives the impression that Papadopoulos was in London, just outside of the well-known Harrods department store.

In case Papadopoulos deletes this tweet, an archived copy can be found here.

However, close analysis of the photograph along with some creative Googling reveals that this photograph was not taken on the day of the tweet, or even in 2017.

Google has a timeline feature to Google Street View, allowing us to note changes in locations that are frequently photographed by Google cameras. Behind Papadopoulos, a series of stickers are visible on a light pole, including an orange-and-black sticker with a bird (top) and three stickers directly below it. 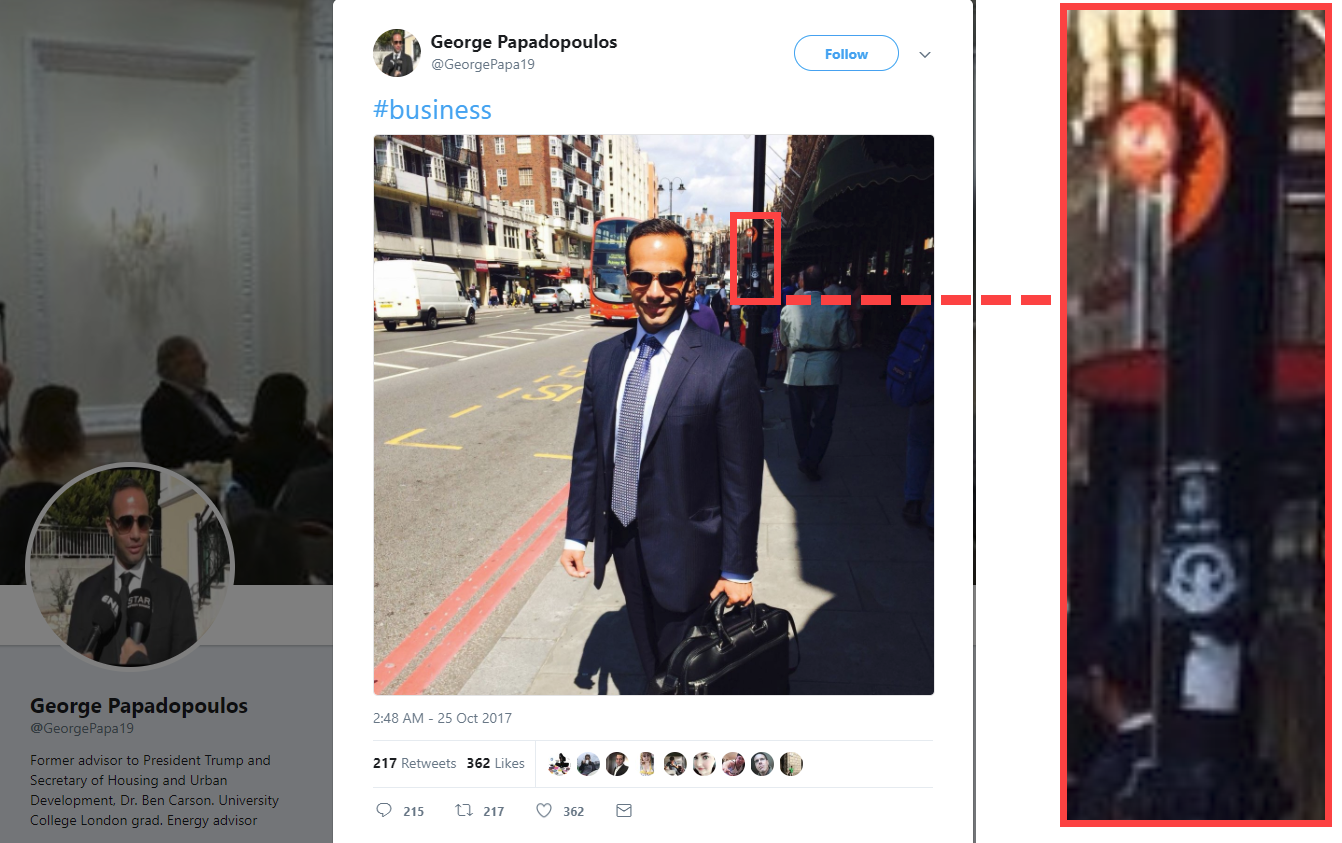 You can view the pole with stickers on Google Street View here.

When comparing this pole through the timeline on Google Street View, it becomes clear that the three stickers below the large orange-and-blackone were removed sometime between July 2014 and May 2015. In March 2017, they were not present. 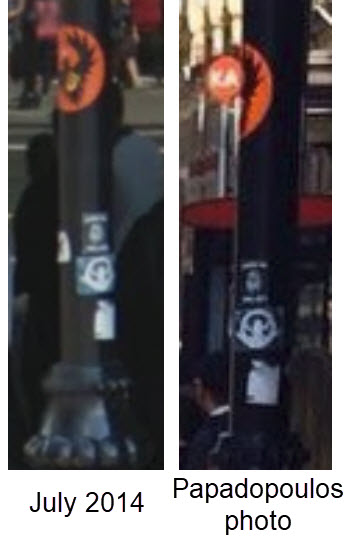 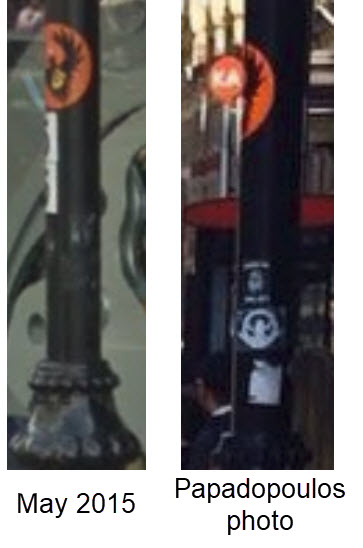 Others came to this conclusion online, such as Alex Billig on the morning of October 31.

Close analysis of stickers on a pole is not the only way to know that Papadopoulos recycled the photograph. If we do a reverse Google Image Search on the October 25th tweet photograph, we find it used in a Romanian news article from September 30, 2016. 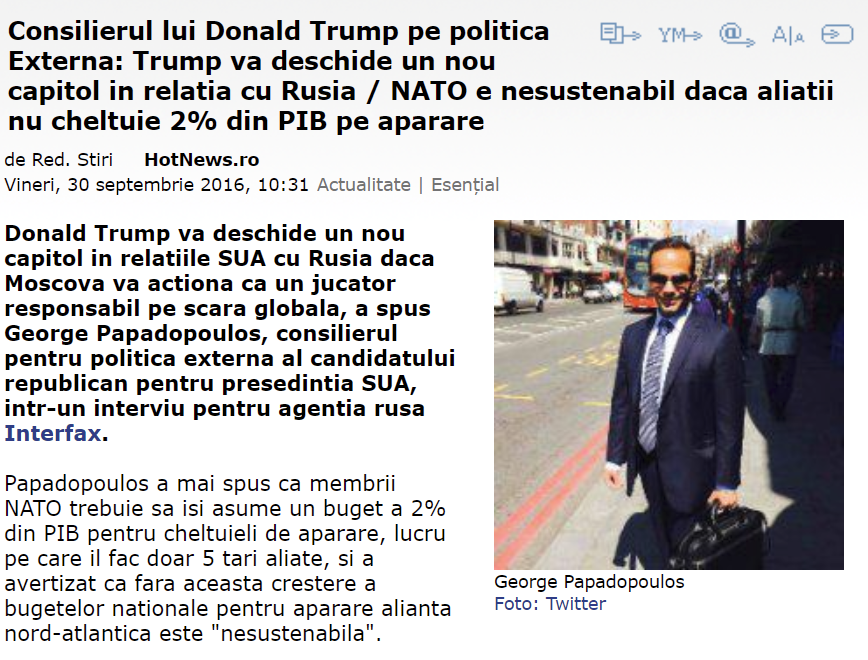 Often times, we cannot trust the dates given to news articles due to errors in content management systems or deceiving back-dated articles. However, we know that this article was actually published in 2016 because the page, with the same photograph, was saved on archive.org on October 1, 2016. It is unclear why Papadopoulous, assuming this Twitter account does indeed belong to him, recycled an old photograph just a few days before news broke regarding his plea. It is possible that he was hoping to give the appearance of everything being normal, or that he was in London, when he may have been in Washington at the time. As details continue to emerge around Papadopoulos and the FBI’s investigation, we may know more about if this photograph was meant to act as a smokescreen, or just an innocent instance of recycling an old photograph on social media.