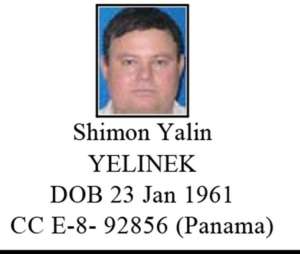 Shimon Yelinek is an Israeli businessman based in Panama. Behind this facade however, he is one of the most notorious criminals you may find among the clients of HSBC Private Bank (PB). An arms, diamonds and drug trafficker, he also took part in the financing of terrorism. His most impressive deal? The Otterloo Incident. At the end of the year 2001, a cargo of 3,117 AK-47s and 5 million rounds of ammunition is disembarked from the Otterloo ship in the port of Turbo, Colombia. Purchased from the Nicaraguan military, the weapons were intended to be delivered to the Panamanian National Police. However, Yelinek made sure they reached instead the United Self-Defense Forces of Colombia, a right-wing paramilitary group.

Born in Israel in 1961, Yelinek developed his skills and network of arms dealing in Africa between 1980 and 2001. In the 1980s and 1990s, Yelinek was the head of the security forces for the infamous Mobutu Sese Seko, the then dictator of Zaire (current Democratic Republic of Congo). It is during this time that he became acquainted with Aziz Nassour, a Lebanese diamond dealer. Close to dictator Mobutu, Nassour exported diamonds from Liberia and Sierra Leone to Antwerp, Belgium. At the time, both Mobutu and Nassour were either current or prospective clients at the HSBC PB.

In 2001, Al-Qaeda contacted Aziz Nassour. The terrorist group wanted to avoid fiscal sanctions by moving its cash away from the bank and investing it in diamonds, and decided to contact Nassour to facilitate the transactions. After the attacks targeting the two American embassies in Tanzania and Kenya, Al-Qaeda needed to preserve its liquidity in order to prepare the 9/11 attacks. The diamond market in West Africa was the perfect target, as a report from the NGO Global Witness describes the specific stages of the deal. In December 2000, two members of Al-Qaeda, Ahmed Ghailani and Fazul Abdullah Mohammed, approached Nassour in Kinshasa. They were well known for their participation in the terrorist attacks against the American embassies in Dar es Salaam and Nairobi in August 1998. The contact between the Al-Qaeda operatives and Nassour appeared promising.

At the time, Aziz Nassour was working along with his cousin Samih Ossaily on a deal that sought to buy diamonds from the Revolutionary United Front (RUF). Supported by President Charles Taylor, the RUF was attempting to replicate in Sierra Leone the successful violent takeover achieved by Taylor in Liberia. It was a done deal: the RUF needed to sell diamonds and Al-Qaeda was interested.

What role did Yelinek play in this affair? As part of the deal, Nassour committed himself to provide weapons to President Taylor and the rebel group he was helping, the RUF. At the end of 2000, Nassour contacted his old friend. Based at the time at the Marriott Hotel in Miami and answering the phone with the code name “Sierra”, the Israeli arms dealer forwarded the request to his colleague Ori Zoller. Ex-member of the Israeli special forces, Zoller owned an arms business in Guatemala. This proved to be a wise choice: Zoller was taking part in the Otterloo Incident that was unraveling itself.

Documents from the Belgian police (“Case Libi” and prosecution file) obtained by The McGill International Review (MIR) with the assistance of a few other journalists, along with emails (see the Global Witness report) between Yelinek et Zoller describe the composition and technicality of the deal. The cargo was supposed to contain AK-47s, rocket-propelled grenades, anti-aircraft guns, and anti-tank launchers. To bypass the United Nations embargo on weapons that was affecting the Liberia at the time, Nassour obtains an Ivorian end-user certificate (EUC). Used in international transfers, this document certifies that the buyer is the only user of the goods.

However, the deal collapses. At the beginning of 2001, Ali Darwish, a diamond dealer from Sierra Leone, decided to hand himself into the authorities. He was the one who put Nassour in touch with Ibrahim Bah, President Charles Taylor’s confidant and close ally to the rebels of the RUF. He informs the American authorities of the illegal arms trafficking taking place. They do not intervene but the trust that once allied the RUF and the arms and diamond dealers is now shattered.

Simultaneously, the discovery of the Otterloo Incident caused a scandal in the Latino-american press. Yelinek is in the spotlight. He is tried and jailed in Panama between 2002 and 2004. Thanks to some bribes using the money from his HSBC account, he was released, then vanished into thin air. He reappeared in 2011 when he was the subject of a joint Drug Enforcement Administration (DEA) and US Department of the Treasury investigation on his supposed links to the Colombian drug trafficking network of Cifuentes Villa. This network is tied to the infamous and violent Mexican cartel of Sinaloa.

The data retrieved by French newspaper Le Monde and Swiss newspaper l’Hebdo in the “Swissleaks” documents indicates that Yelinek was allowed to maintain his accounts at HSBC PB until 2007. At that time, Yelinek still had 860,000 dollars in this institution. These bank accounts were linked to shell corporations: Ubicon Corp. and Fenco Holding Inc. With the collaboration of journalists from the German newspaper Süddeutsche Zeitung, MIR managed to obtain the certificates of incorporation of these two companies. Already owning shell corporations in Panama, Yelinek wanted to diversify. The original documents show that Ubicon Corp. and Fenco Holding inc. were created in April and June 2004 in the British Virgin Islands under the name of Yelinek and his wife, Limor Yelinek, respectively .

Despite his history of gun-running and money-laundering on behalf of a Colombian cartel, HSBC PB did not command the closing of Yelinek’s bank accounts. However, the Geneva branch could not simply ignore the illegal activities of its client. He had been named multiple times between 2000 and 2011 in investigations carried by American, Belgian and Latino-American security agencies.

Even more compelling, the Washington Post mentioned Yelinek in its investigation on the diamond network of Al-Qaeda in West Africa in 2000. After the 2001 Otterloo Incident, his name was making headlines in the Latino-american press. HSBC PB is then complicit. Was it conscious or not? This has yet to be determined. With so many warning signs and evident symptoms of illegal activities, ignorance is not a sufficient excuse for HSBC’s lack of response. 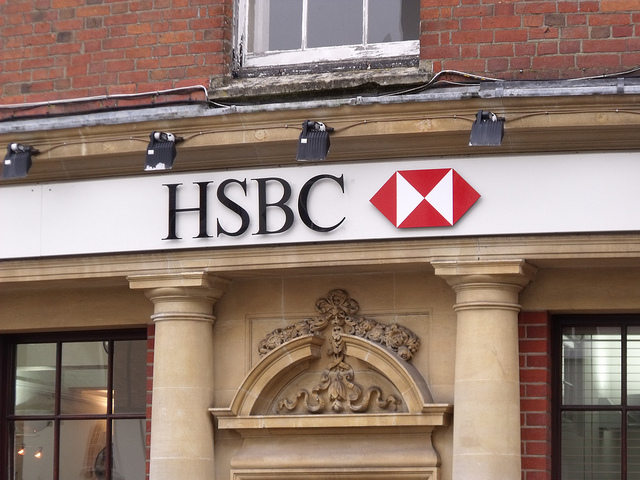 Mr Simon and the Queen Bee: Traffickers Above Suspicion at HSBC