Clarification: China has yet to Build an Underground Facility at Gonggar 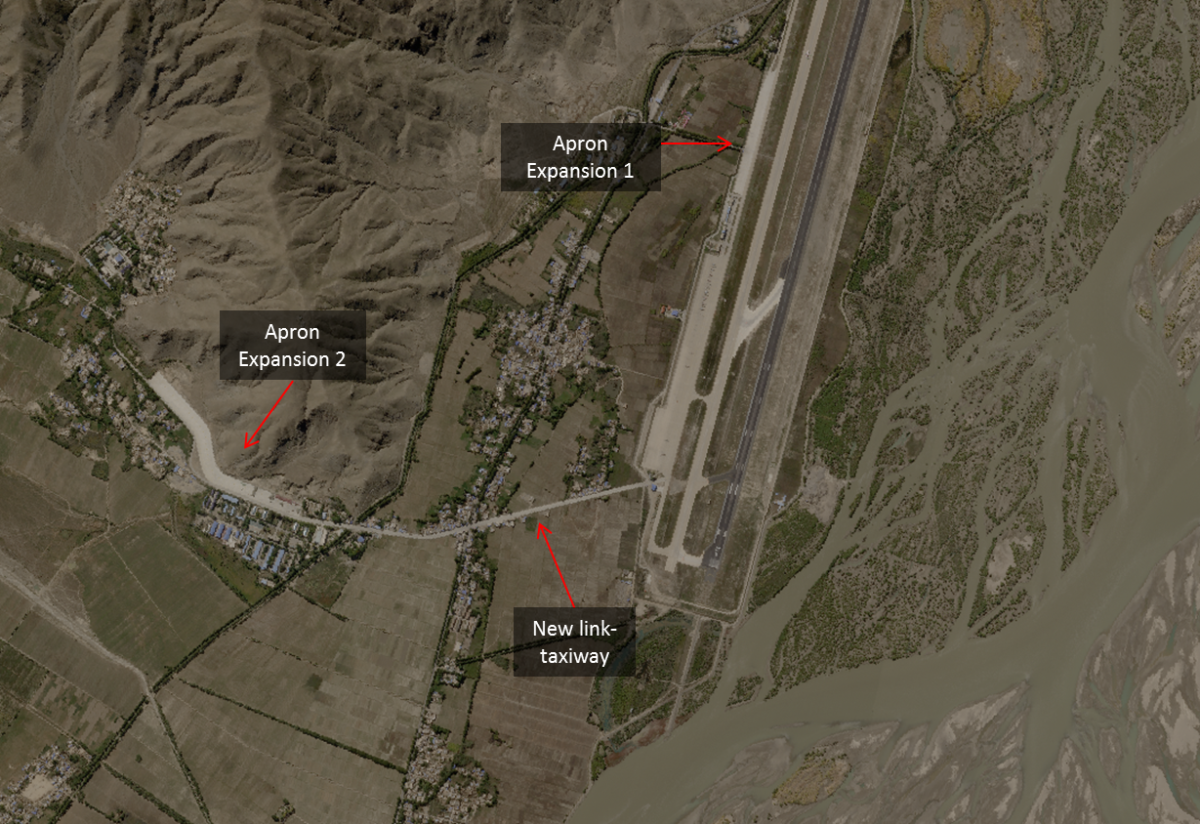 New infrastructure upgrades were completed at Lhasa-Gonggar earlier this year, satellite imagery from Planet Labs shows. Workers at the civil-military airfield widened a road and built an additional parking apron near the base of the mountain.

Earlier this month, India’s Hindustan Times reported that China had built an underground facility to house fighter aircraft at the airport. Quoting three unnamed officials, the report said that an underground hangar was large enough to hold up to 36 aircraft.

That assertion however is inaccurate. Imagery shows the new parking apron with markings indicative of parking positions for up to thirty-six aircraft, but does not show activity to tunnel into the mountain to create a hardened hangar. To date aircraft have not relocated to the apron nor have any additional aircraft deployed to the airbase as a result.

The new apron was constructed between October 2017 and July 2018 and is the second to be added to the airfield since the Doklam crisis erupted last year. The first, measuring approximately 24,000 square meters, was built adjacent to the existing military ramp during the height of the standoff.

Given the July completion date, the release of the information through the Hindustan Times suggests a Government of India strategic communication effort. The need to show ongoing concern over a recent flash point comes amidst New Delhi’s announcement to acquire the S-400 surface-to-air missile (SAM) system.  Commentary surrounding India’s request for a U.S. waiver—avoiding the 2017 sanctions (CAATSA) against Russia—have featured prominently in India’s press.

India plans to acquire up to five S-400 regiment, each comprised of two batteries with each battery equipped with four launcher and associated support equipment. Estimated at $6 billion, the air defense deal has been in negotiation for several years. If completed, India would become the second foreign operator of the advanced SAM system after China. The People’s Liberation Army Air Force took delivery of their first regiment in April 2018.

Bottom Line
Despite expanding defense ties between India and the U.S., it is still unknown what the Trump administration will decide regarding India’s waiver request. This latest strategic communication effort is likely indicative of New Delhi’s uncertainty.