Air Rescue in Ramadi: Geolocating Made Easy with Head-Up Display 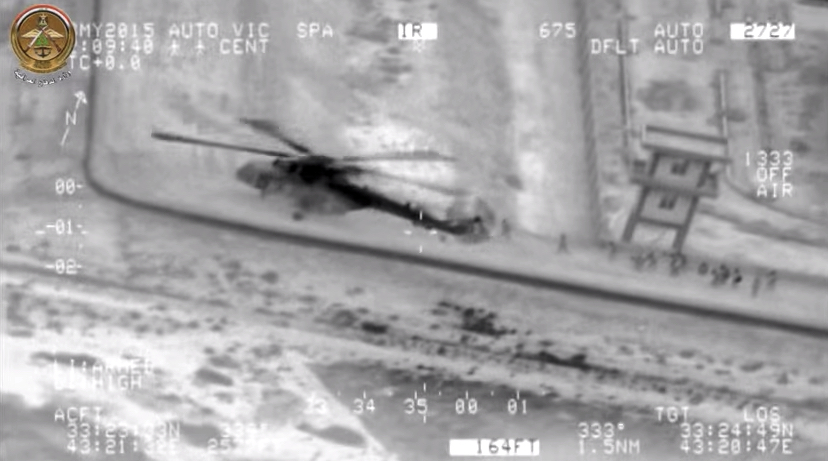 The strategic Iraqi city of Ramadi has fallen to the Islamic State (IS), bringing the number of provincial capitals under the militant group’s control to three (the others being Mosul, Iraq and Raqqa, Syria).

IS reportedly used the cover provided by a dust storm to gain a military advantage during the start of their assault last week; American warplanes were unable to provide air support for the Iraqi forces under attack owing to poor visibility. The momentum gained from this tactical maneuver culminated on Sunday with the militants overrunning the Anbar Operations Command and 8th Brigade Headquarters at Camp Ar-Ramadi, the last remaining government strongholds in the city.

Iraqi security forces were seen fleeing the IS onslaught in dozens of Humvees and other military vehicles, scenes distressingly reminiscent of the fall of Mosul nearly a year ago. Commenting on the rout, Chairman of the Joint Chiefs of Staff General Martin Dempsey didn’t mince words, saying on Wednesday that Iraqi forces weren’t “driven from” Ramadi, they “drove out of Ramadi.”

So, with yet another defeat at the hands of IS, it’s perhaps not surprising that the Iraqi Ministry of Defense (MoD) might want to put a good face on a situation that is nothing less than a serious setback. On May 19th, the Iraqi MoD posted to its YouTube channel footage purporting to be of a successful Iraqi Air Force rescue mission of Iraqi security forces trapped in Ramadi. While not exactly a propaganda coup, when your forces have once again melted away in the face of adversity, it’s arguably better than nothing.

Interestingly, the MoD doesn’t redact any of the data on the head-up display (HUD) overlaid on the video. Here’s what these videos typically look like:

US Central Command, earlier this month: 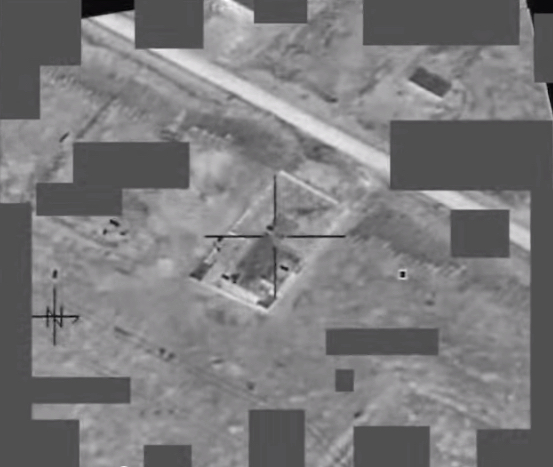 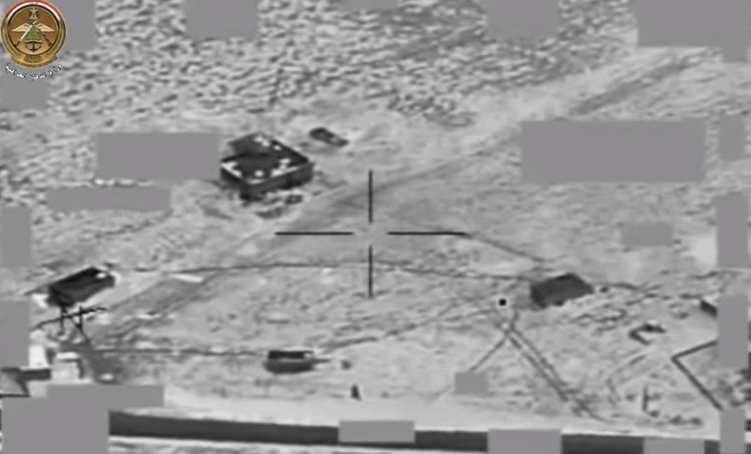 The HUD overlay in the Ramadi air rescue video, by contrast, is completely visible, save for the date and time in the top-left corner: Even the date and time, however, can be seen on the screenshot in the Iraqi MoD’s press release: The 18th of May was Monday, which is consistent with the reported timeline of events. (Corroborating the date of the rescue may not seem particularly important, but the Iraqi MoD has been known to stretch the truth to boost morale.)

Because the HUD data isn’t redacted, it’s possible to geolocate exactly where the Iraqi security forces were rescued with the longitude and latitude visible in the bottom-right corner of the image. Because those coordinates refer to the target (“TGT”) in the HUD crosshairs, we have to wait for the security forces to come into view to determine their location.

The first 30-odd seconds of the video are spent searching for the security forces until the camera zooms in on a group of individuals who signal the aircraft: Now that the stranded security forces have been spotted, we can use the TGT coordinates (33°24’49N 43°20’47E) to determine their location. But before doing so, it’s helpful to get a better idea of what the location looks like from the video. At 2:46, the video zooms out to reveal that the security forces are situated in the corner of a facility with a number of large, circular structures: Entering the aforementioned coordinates into Google Earth takes us to this location, which looks somewhat similar but lacks the circular structures seen in the video: It turns out that this is because Google Earth’s imagery was taken in 2010. Bing, on the other hand, has more recent satellite imagery of the area: Here the circular structures present in video are clearly visible, confirming that the TGT coordinates indeed mark the exact location where the rescue mission took place.

It’s also interesting to note that the newer Bing imagery, which was taken in August 2013, can be seen side-by-side with Bing’s older imagery taken in August 2011, which is still more recent than the imagery used by Google Earth for this location: 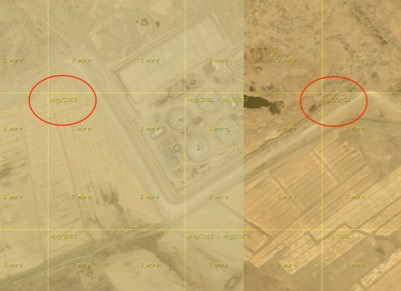 Here’s the rendezvous location in relation to the rest of Ramadi: 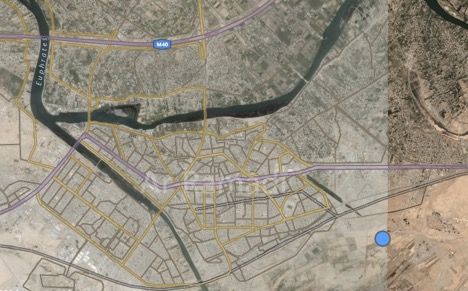 The Iraqi MoD describes the rescue as taking place “in the district of the stadium”بمنطقة الملعب) ). Indeed, that neighborhood is less than a mile from the site of the rescue operation.

The video ends with understandably relieved Iraqis embracing one another and trotting down an airstrip. Once again, we can use the TGT coordinates (33°20’31N 43°35’58E) and Wikimapia to determine which airfield the rescued Iraqis were flown to. As would be expected, the mission was conducted from al-Taqaddum Airbase, roughly 15 miles away: Finally, the heartfelt coda on the runway provides the best view of the helicopters flown during the operation, which appear to be Mil Mi-17s.