Bellingcat Podcast: MH17, Episode 1 Guide: The People Who Fell From the Sky

You can listen to the first episode of the Bellingcat Podcast on the downing of Malaysian Airlines Flight 17 (MH17) by subscribing on any major podcast application by searching “Bellingcat”, including at Apple Podcasts, Spotify, Stitcher, and TuneIn. You can manually add the podcast RSS feed to your favorite podcast app with the URL: bellingcat.libsyn.com/rss

The crash site is a horrifying scene. A sunburnt field of wheat and sunflowers peppered with hundreds of bodies that have fallen from the sky. The victims have been stripped naked by the force of the wind. Some are still strapped into the seats of a plane that has been torn to pieces in mid-air. Many of these bodies are eerily well persevered. Others are completely ripped apart.

Journalists on the ground encounter an anarchic scene, guarded by drunken rebel soldiers. These surly and unpredictable men threaten to kneecap reporters who get too close.

Eventually, after days in the sun, the decomposing bodies are transported onto a train with no fixed destination. Who was responsible for this unspeakable scene? Eliot Higgins and his team at Bellingcat are determined to find out.

In July 2014, high-ranking officials within Russia’s security apparatus made a decision that led to the senseless death of 298 civilians over eastern Ukraine: to send a powerful Soviet-era anti-aircraft missile system to the middle of a conflict zone. A year prior, this decision would have been nearly unthinkable. However, after the ousting of Ukrainian President Viktor Yanukovych, Russia’s annexation of Crimea, and the outbreak of war in eastern Ukraine, the sight of a missile launcher carrying four 1500-pound rockets moving through the middle of small mining town didn’t seem so far-fetched.

The crash site for MH17 was spread out over fifty square kilometers in eastern Ukraine, after the plane was hit by a surface-to-air missile at 4:20pm local time. Below, a map can be seen of the major sites of wreckage provided by the Dutch Safety Board — the official technical investigation into the reason for the MH17 downing. 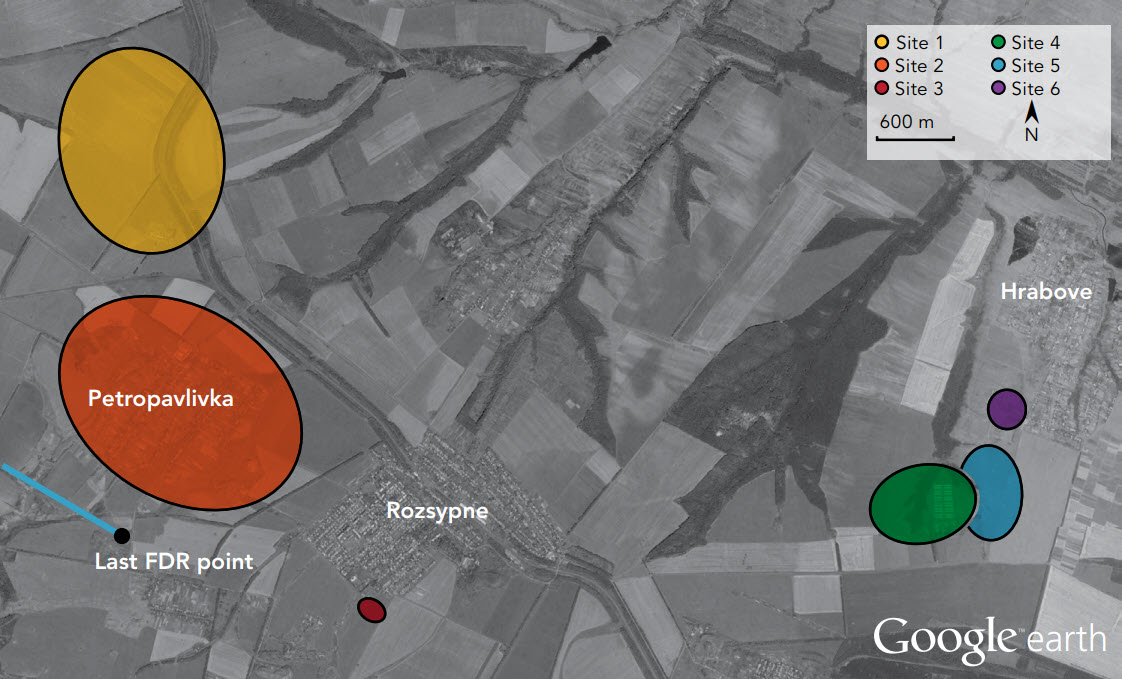 During the first episode of the podcast, you heard from a number of journalists who visited the crash site. Below, you can find some of the analysis, impressions, and findings written by our podcast guests from immediately after the downing of MH17:

One of the rebels casually threatens to kneecap reporters every five minutes. Another is wearing a beekeeping suit and reeks of alcohol.

If you would like to see the crash site yourself, download Google Earth Pro (application, not web interface) and load up the program. After that, put in coordinates near the crash site — you can manually enter the coordinates into the Search box on the top-left (for example, 48.135091, 38.638815, as seen below) or type in the name of the nearest town (Hrabove, Ukraine).

After you find the right location, you will need to find the right time, as the default satellite image is the more recent one (August 2017) from after the wreckage was cleared. Go to View in the menu bar (in both Windows and Mac), and then choose Historical Imagery. 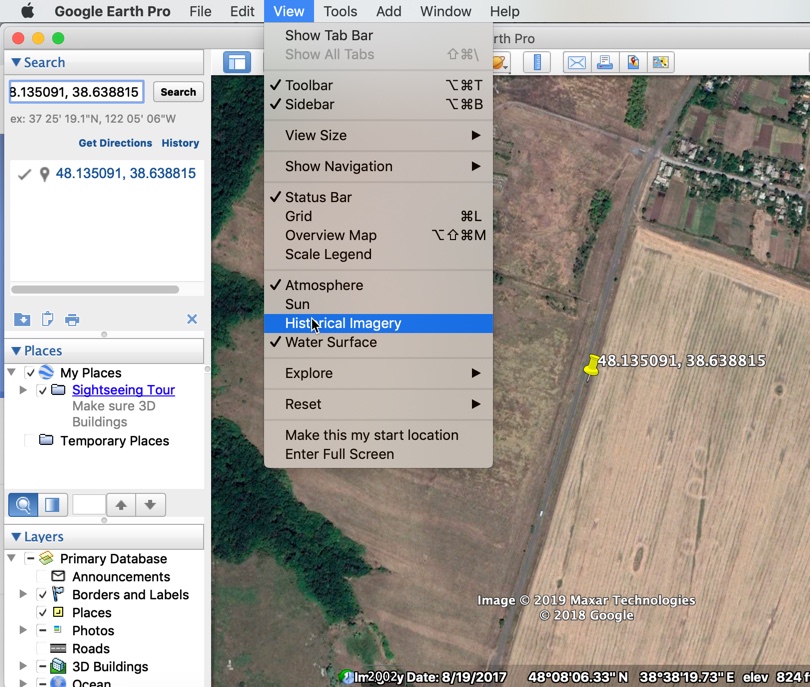 This will create a small timeline on the top-left corner of the image, allowing you to travel through Google’s available satellite imagery for this location. If you go back to July 2014, you can find the wreckage in a field immediately south to the village of Hrabove. On July 21st (local time), you can most clearly see the wreckage and the trails through the field created by emergency responders. 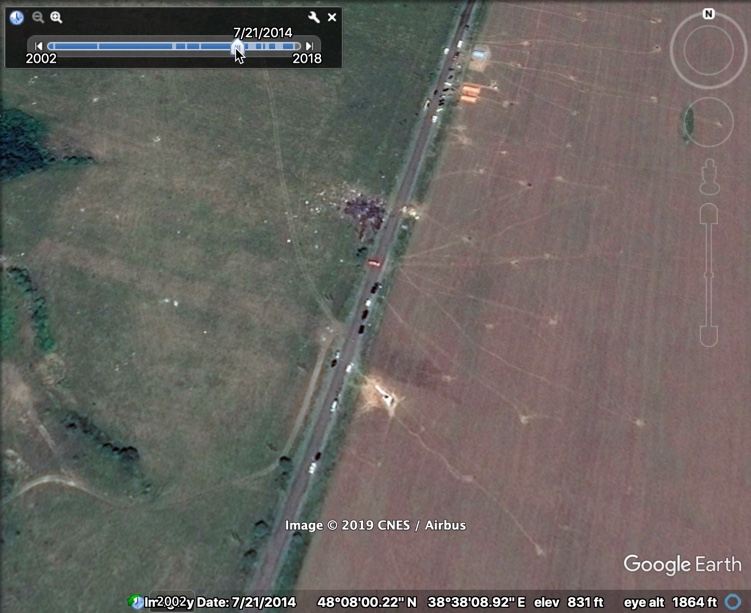 In the days after the MH17 downing, journalists scour social media for clues. They immediately notice something odd. Roughly 24 hours after the plane came down, 65,000 suspiciously co-ordinated tweets blaming Kyiv, Ukraine for the deaths, flood Twitter.

The Russian Ministry of Defence organises a press conference to lay out their evidence. Eliot and the Bellingcat team pick through each claim, revealing the carefully staged media event to be little more than a pack of lies. From badly photoshopped images of missile launchers, dodgy radar data and tall tales of fictitious Ukrainian fighter jets.

The Russians do not claim to know the answer to who downed MH17, rather they suggest that no one can know the answer. It seems that for them the truth is entirely subjective and negotiable. Eliot and his team at Bellingcat disagree.