Shadow of a Doubt: Crowdsourcing Time Verification of the MH17 Missile Launch Photo

While much open source investigation is done through crowd sourcing, the administrator of the MH17 webtalk.ru forum has taken a unique approach: a single-blind poll to collaboratively determine the timing of a photograph. While this experiment does not have the scientific rigor of a pharmaceutical trial, the methodology of administrator “bootblack” is worthwhile of some examination. 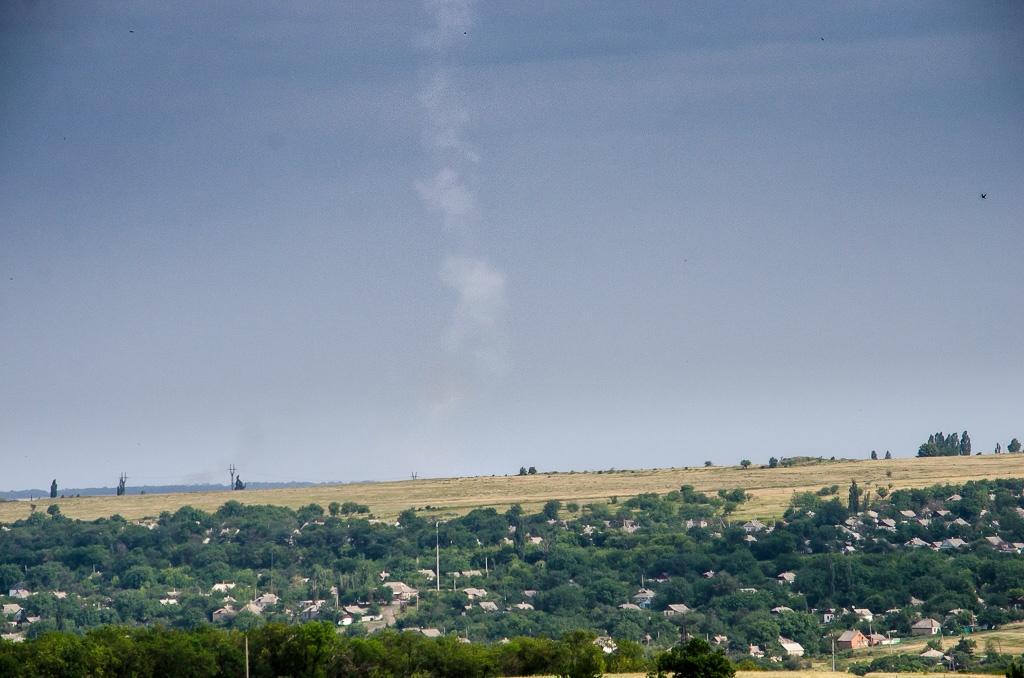 Bootblack, the administrator of the popular MH17 forum of webtalk.ru, acquired numerous photographs from a local of the shadow on a particular rooftop in Torez. The administrator also received the exact time each photograph was taken. This roof in question is the same one that appears in the photograph above (bottom-left/center, to the left of a tall pole). The purpose of Bootblack’s experiment is to crowdsource the opinions of the forum to select which of the photographs most accurately depicts the angle of the rooftop shadow when compared to the July 17 launch photograph. As anyone who has ever seen a sundial will know, the time can be determined by a shadow once various factors (angle of object casting shadow, azimuth, etc) are determined.

The administrator received the time of each photograph, but chose not to share them with the forum, hoping for unbiased assessments of which photograph was the most accurate. Theoretically, with some adjustments with the azimuth and the exact conditions recorded for the day of the MH17 shootdown, we would be able to know–down to a very narrow time-frame–when the launch photo was taken without relying on the reading of a camera’s internal clock in the EXIF data. We probably cannot get the exact second of the photograph with this shadow angle method, but we would be able to refute an argument that the photograph was actually taken in the morning or early afternoon. 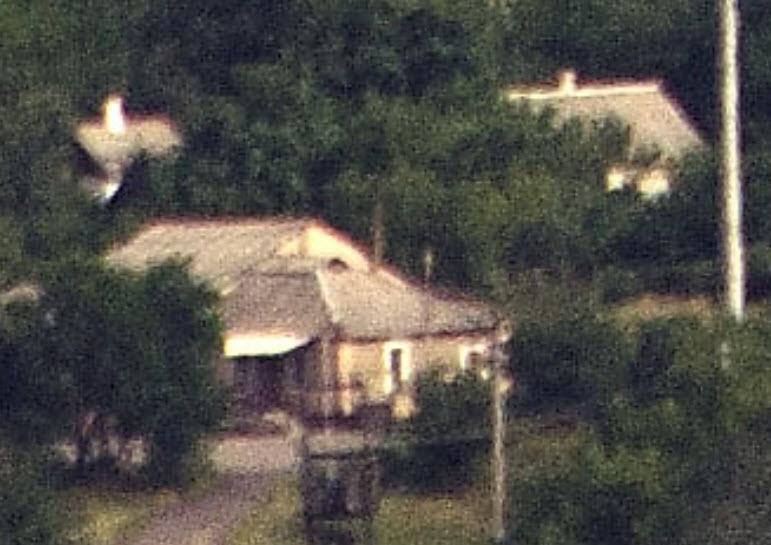 The house and shadow in question from the launch photo

Bootblack set out the following procedures for the thread:

1) In a joint effort (poll and comments) we will select a photo with the shadow that matches the shadow in the [photographer’s] photo. If someone’s eye fixes upon an intermediate position, just tell me.

2) Knowing the recorded time of the selected photo, we will calculate the azimuth of the shadow. The EXIF has already been deleted to eliminate subjectivity.

3) We will recalculate the obtained azimuth to July 17, 2014 and from that we will calculate the exact time the photographer shot the shadow. 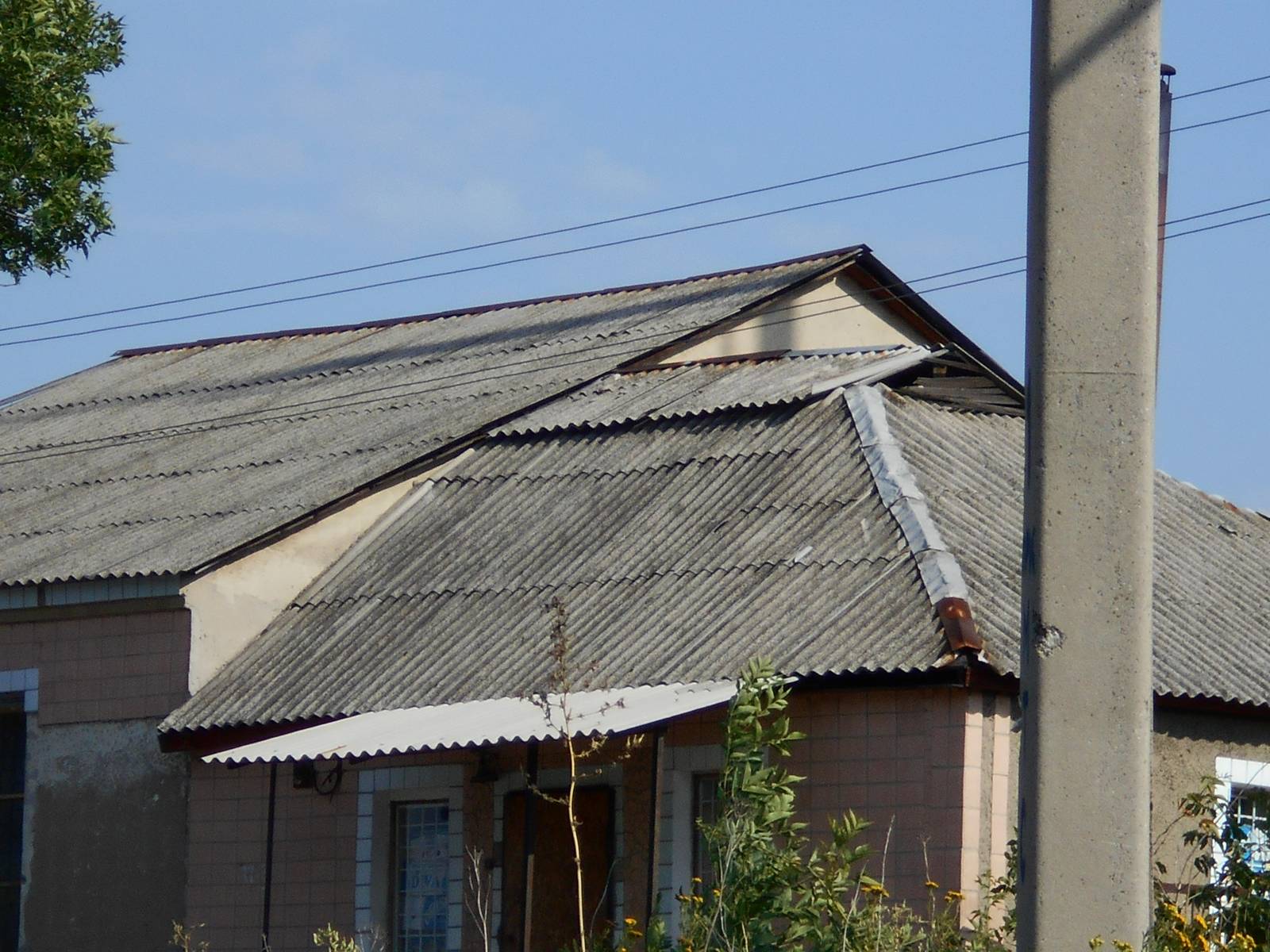 One of the photographs provided by the forum administrator

For three pages, the forum users debated which of the twelve provided photographs best matched the shadow on the launch photo. Different users, including the administrator, threw their lots in to different ones, with various creative uses of overlaying lines over the given photographs to judge the correct angles: 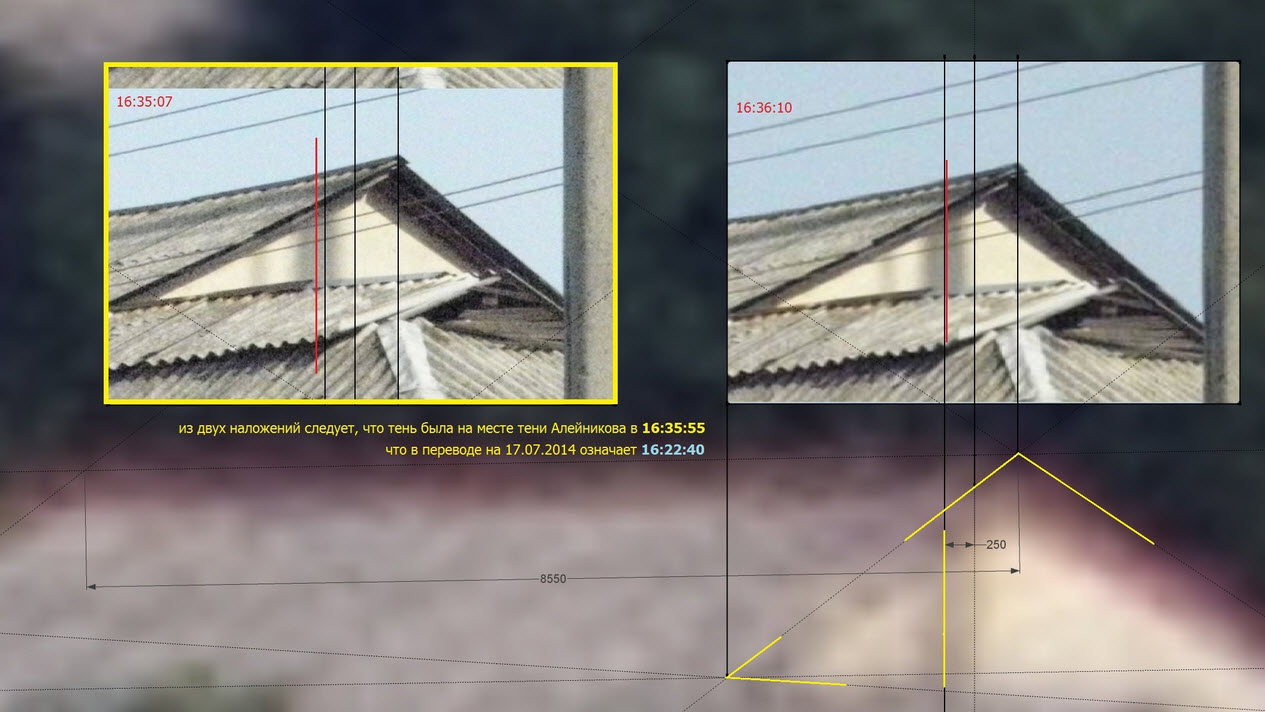 If the results of the “shadow poll” experiment are trusted, the camera’s internal clock was about 3 minutes fast. It is difficult to conclusively say the exact minute–let alone the second–that the launch photograph was taken due to the margin of error in the shadow exercise and the impreciseness of the camera’s internal clock. However, this exercise in tandem with the self-reported EXIF data demonstrates that the launch photograph was indeed taken soon after 4:20pm, the time of the MH17 downing.