You Told Us Where To Point A Satellite. Here Are The Results

In September, we asked our readers and followers for interesting locations where we could send Planet’s satellites to capture images.

We can now send a satellite to take a picture of anywhere in the world.

Tell us where to look by responding to this tweet with the co-ordinates of the location, a screenshot/link, and why it's important.

We read your suggestions and held a Twitter poll of four popular options: Jiangnan shipyard in China, Al Watiyah Airbase in Libya, the US military base on Diego Garcia and the La Palma volcano in Spain’s Canary Islands.

Here are the options, vote for whichever location you want us to take a picture of!

We had only intended to capture one of these images – the winner, which turned out to be Al Watiyah Airbase.

However, we liked the suggestions you provided so much that we decided to capture all of them.

Planet Labs had already identified La Palma as a location of interest and had published imagery of the volcano, so we did not need to use a tasking for that location. That left just the other three to capture.

To our knowledge, this is the first time that satellite tasking targets have been collected using crowdsourcing and then made available to all.

It is where the next carrier of the Chinese Navy is being constructed.https://t.co/QOha2wY9aY

A huge shipyard where China’s new aircraft carriers are reportedly being built. With tensions in between China and Taiwan at a high, these ships could tip the balance of power in the South China Sea. Image taken on 30 September 2021. A larger version of this image can be seen here. 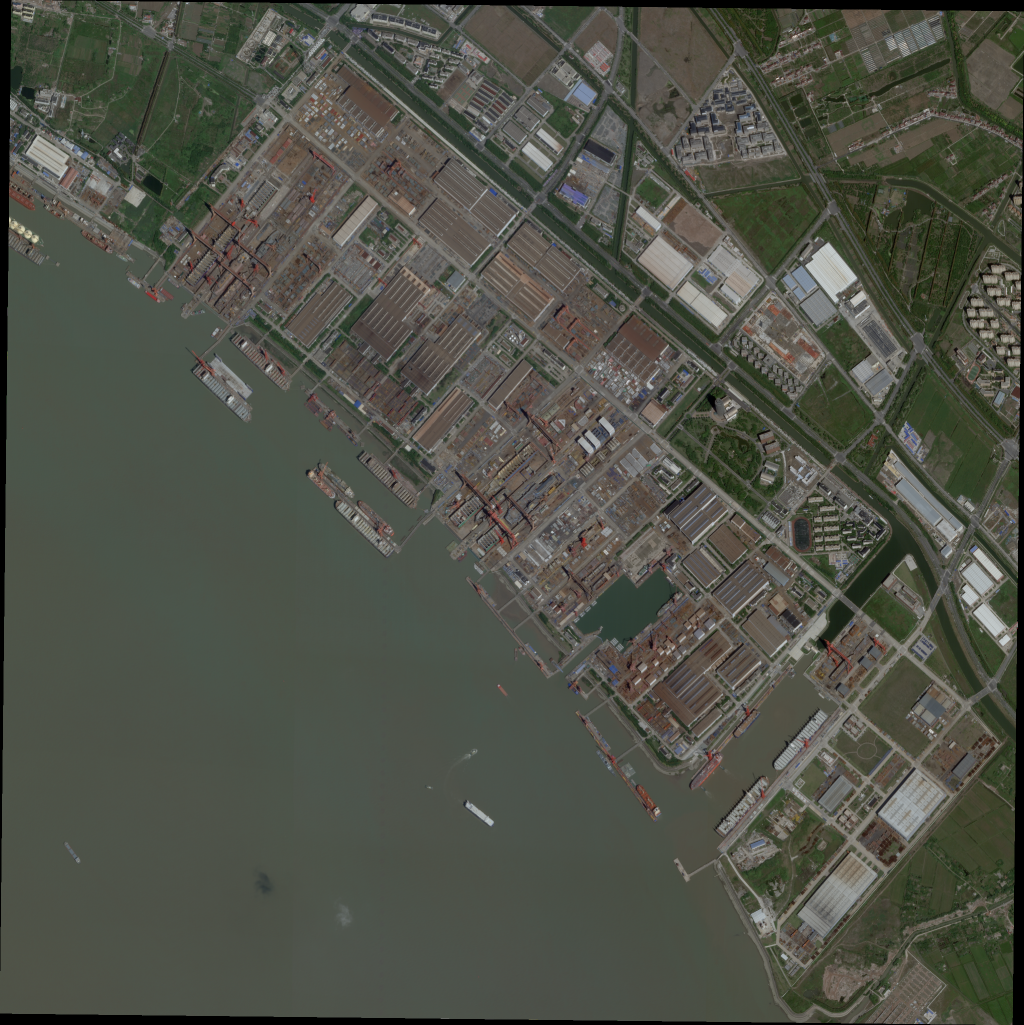 A military airbase associated with Turkish activity in Libya, mainly used to bring in cargo. There have been consistent rumours of plans for hosting F-16s fighter jets at the base, but so far no concrete evidence has emerged. Image taken on 4 October 2021. A larger version of this image can be seen here. 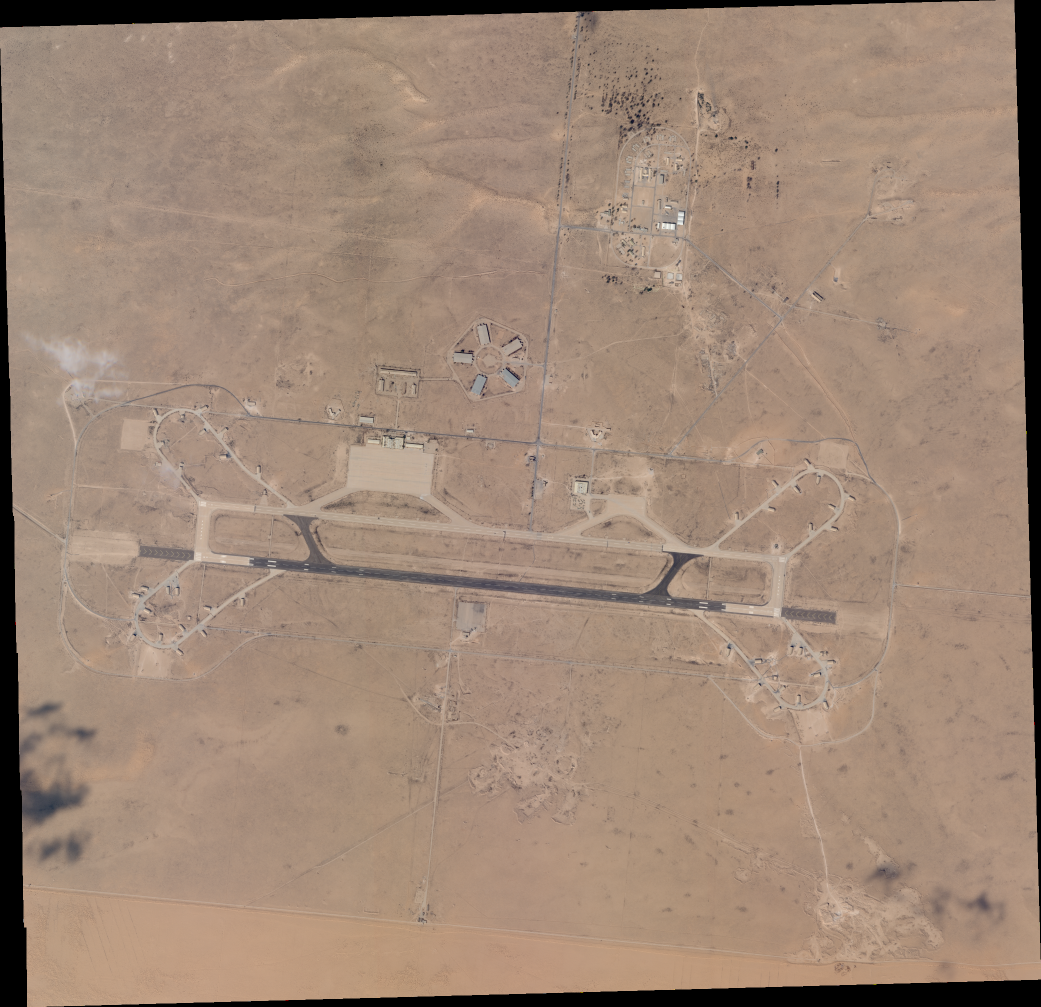 If possible, Diego Garcia port to see what is in port, and deduce what's out of port.

This island chain in the Indian Ocean is a British Overseas Territory and hosts a large, strategically important US military base. The Chagossians, original inhabitants of the islands, were forcibly expelled in the 1960s and 1970s to make way for this base. Image taken on 8 October 2021. A larger version of this image can be seen here. 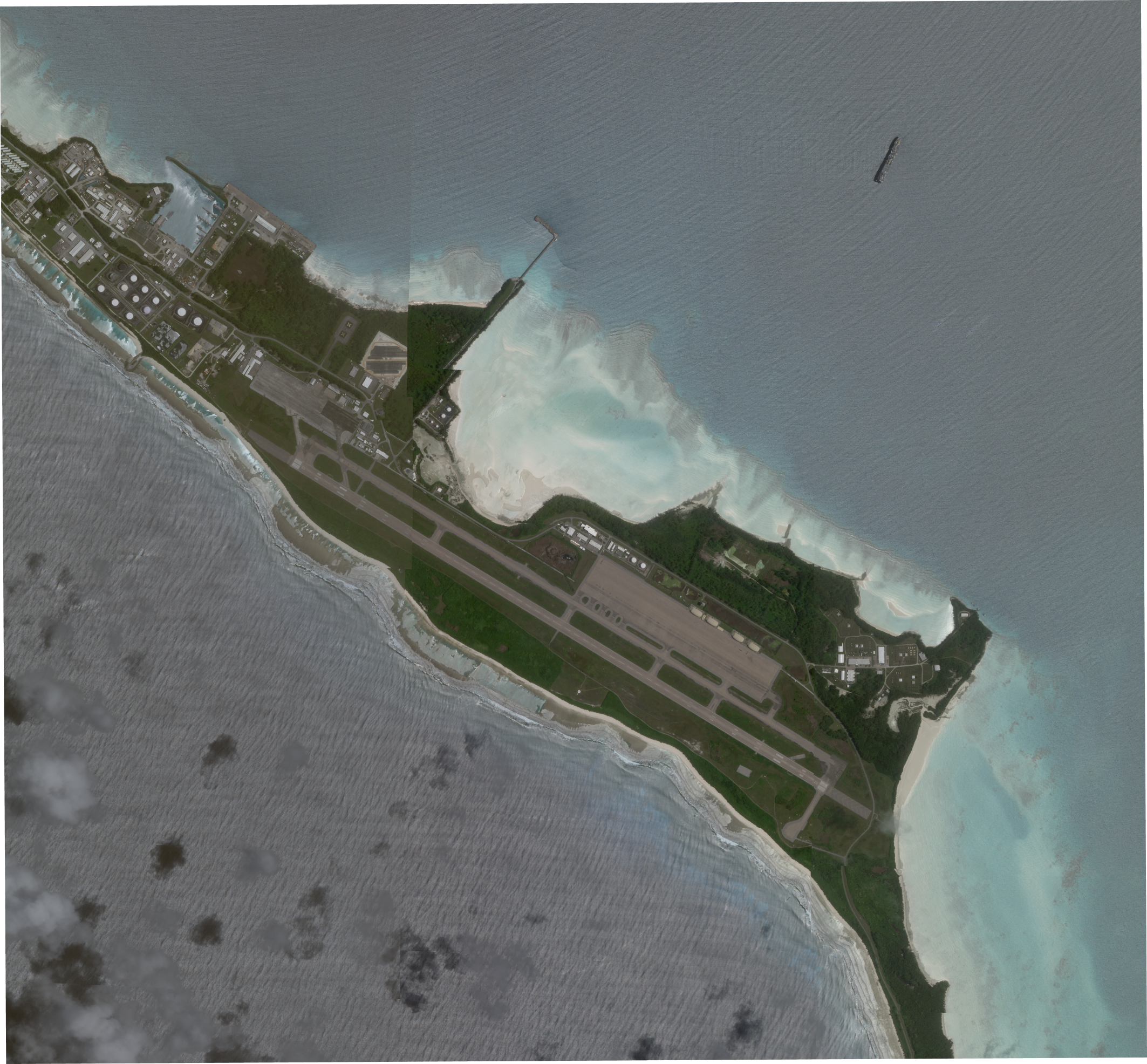 La Palma, Canary Islands. There is an erupting volcano there.

With an eruption starting on 19th September 2021, the huge lava flows from this growing volcano have destroyed everything they’ve touched, reshaping the geography of the island. Image taken on 26 September 2021. Planet Labs had already published an image of this eruption, which can be seen here. 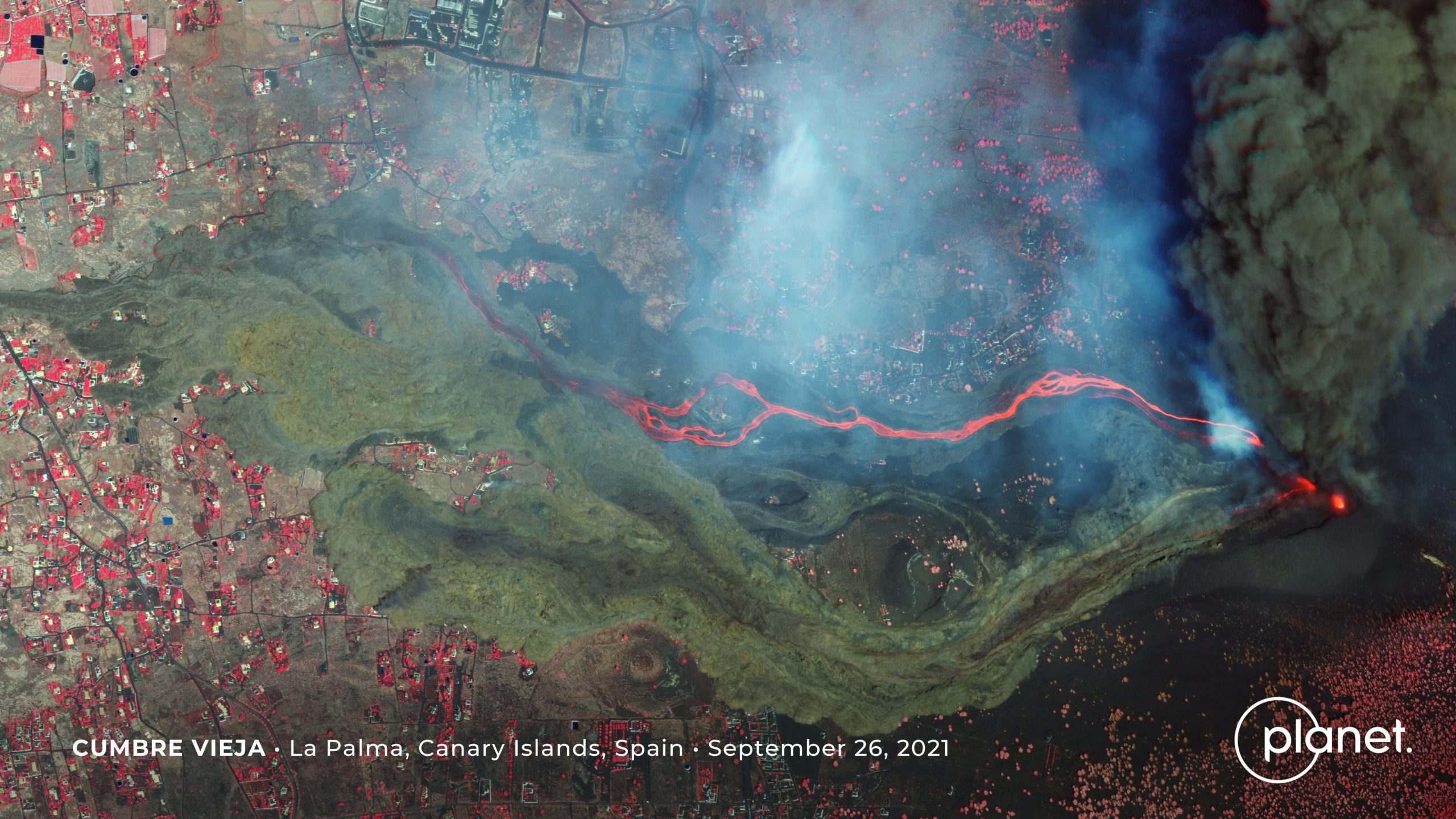 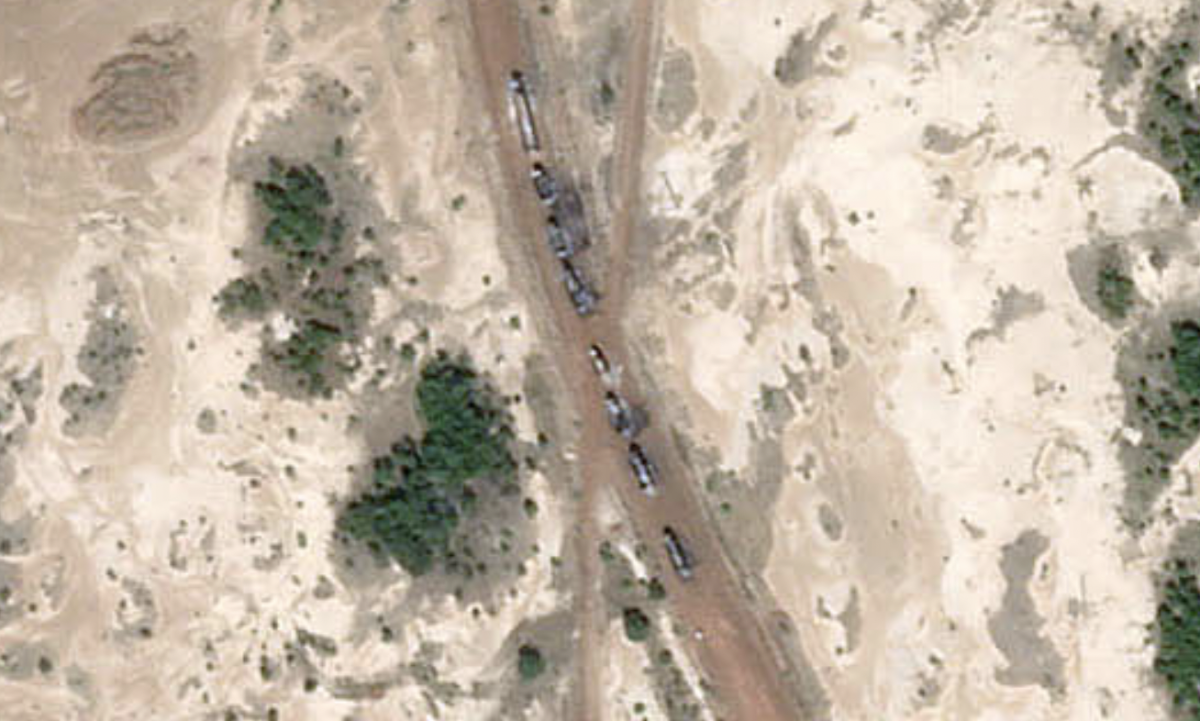 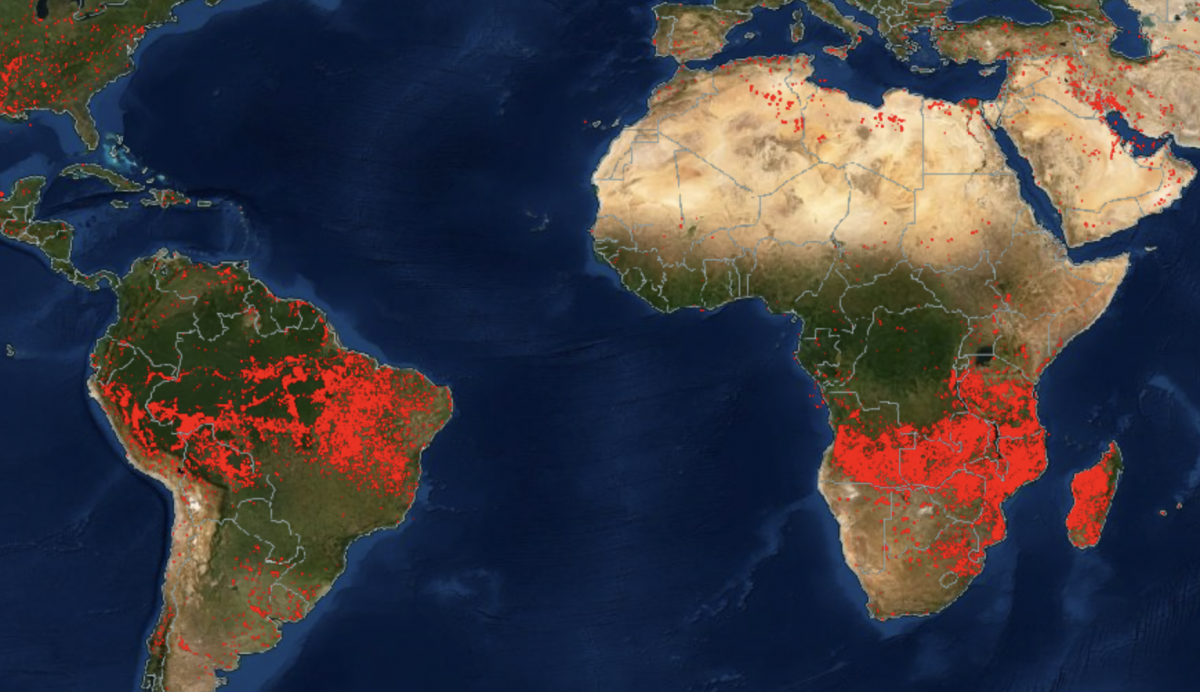 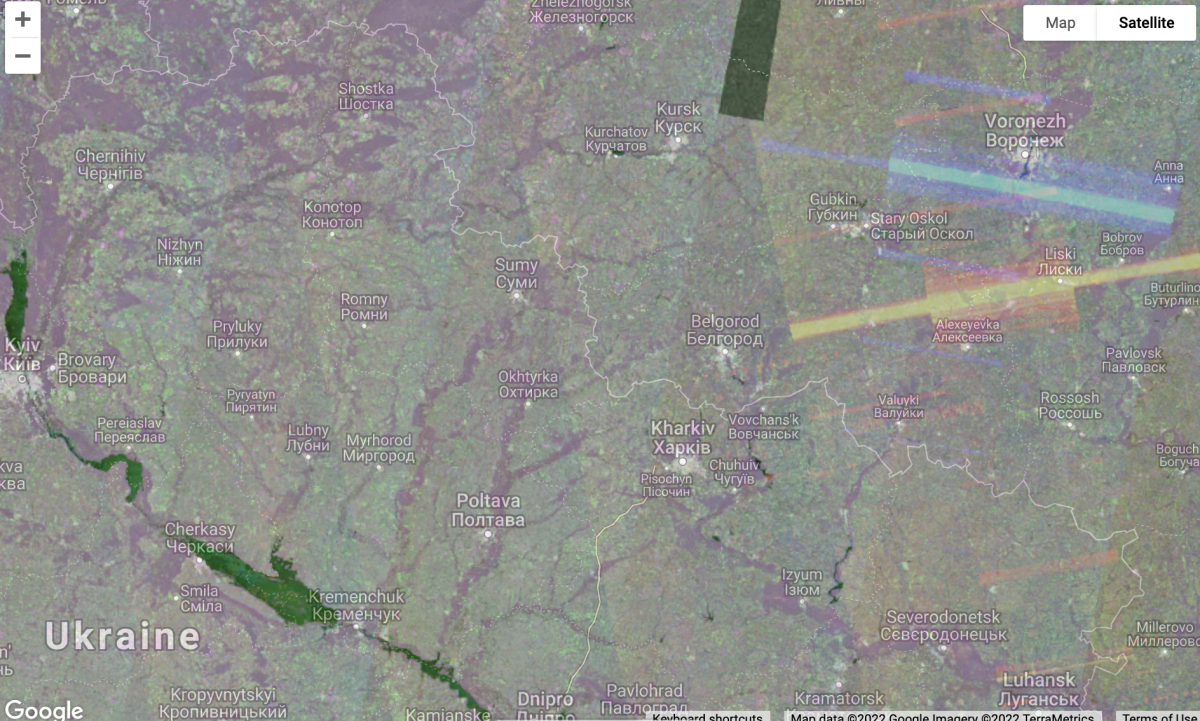