This investigation is an excerpt from the weekly CryptOsint, Brenna Smith’s newsletter which digs into the intersection of open source research and cryptocurrency. You can subscribe to the newsletter here.

Crypto-twitter was abuzz this weekend over a rumor of police raids at one of the world’s most popular and most influential exchanges, Binance. The twist: the raids allegedly took place at a Shanghai office Binance says never existed. Tweets were shared, sides were taken, and now Binance is threatening to sue.

As a result of all this drama, people have failed to pinpoint the facts. So, here at CryptOsint, we’re going to unpack each part of the rumor and see what’s true and what isn’t. To start, we’ll delve a little more into the background of the issue, and then, we’ll address if Binance has a Shanghai office and if it was visited by police.

The controversy started when a crypto news outlet called the Block reported on an alleged police raid that shut down the Shanghai office of Binance.

Binance CEO Changpeng Zhao (also known as CZ) soon tweeted that not only did the police raid not happen but also that Binance hadn’t had an office in Shanghai for more than two years. (In 2017, Binance left China along with many other crypto companies after the country banned cryptocurrency trading on domestic exchanges as well as initial coin offerings.)

The Block responded with a follow-up story admitting to misusing the word “raid” in its original report but mostly standing behind their reporting. Later, the price of bitcoin dropped by $1000 and many blamed this Binance debacle for the currency’s fall. 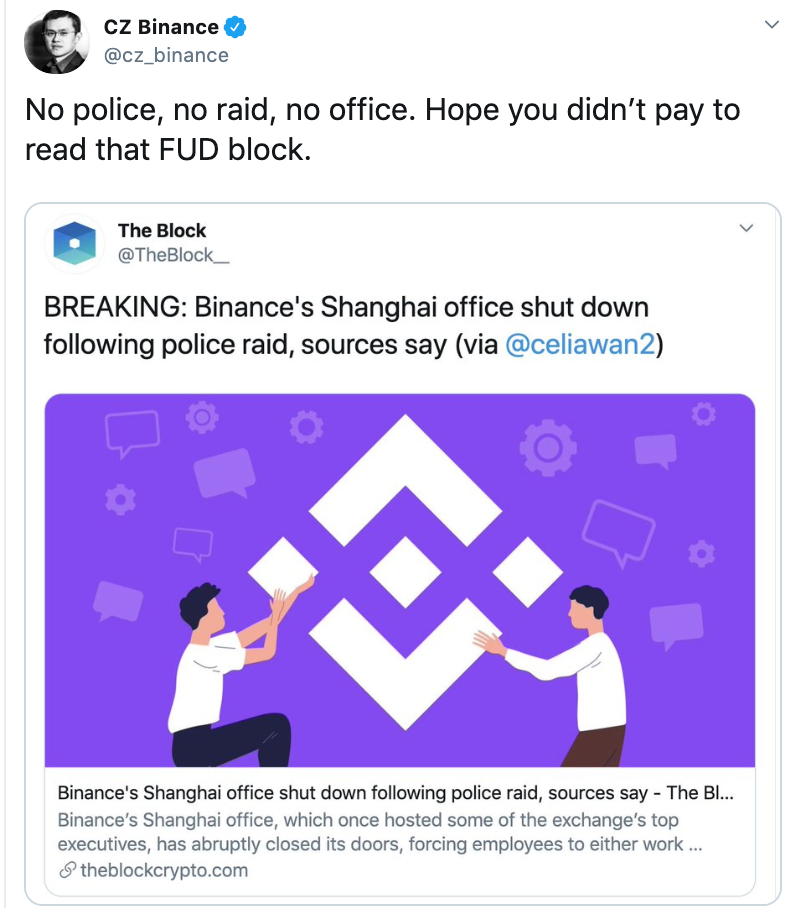 Debunk #1: Did Binance have an office in Shanghai?

When the drama was unfolding, Binance was sure to remind people that it is a decentralized company with employees working all around the world. If the employees who live in Shanghai meet up together to work, that doesn’t mean Binance has a “fixed” office there. 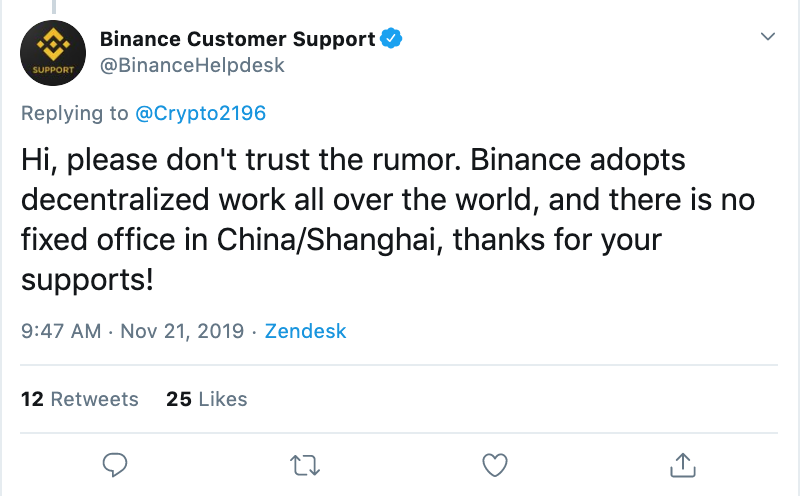 Later, reports came to light alleging there were actually two Shanghai offices — one of which was registered to Babi Finance, also known as Shanghai Ruiqi Culture Development Co., Ltd. (上海瑞阙文化发展有限公司).

In order to confirm this connection beyond just the news reports, I quickly looked up Babi Finance’s Weibo, or its Chinese Twitter, which shows that Babi Finance does also goes by 上海瑞阙文化发展有限公司.

Binance supporters explained away the Babi Finance connection as merely a Binance investment and an “outsourced customer service rep team.” Aside from openly admitting that a Binance-linked company did have an office and employees in Shanghai, let’s throw them a bone and say that, sure, this doesn’t hard and fast implicate Babi Finance as being the equivalent to Binance. Likewise, other media reports claim that Babi has been defunct since November 2018. 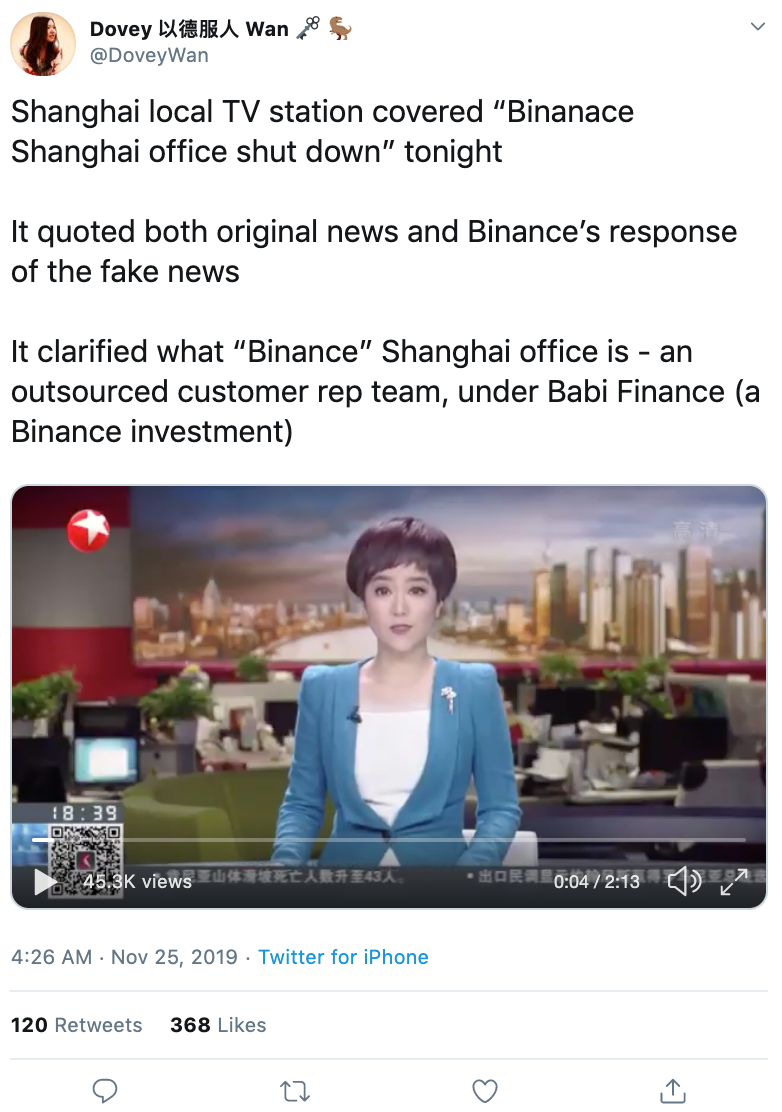 So, I decided to take a deeper dive into Babi Finance, or 上海瑞阙文化发展有限公司. By using China’s State Administration for Industry and Commerce (SAIC) database, I was able to find Babi Finance’s corporate registration. Based on these documents, which appear to have been updated as recently as April 2019, Babi Finance is still an active company in Shanghai. If Babi Finance were truly defunct, it’s business registry would’ve been updated to reflect that.

Now, is this active Shanghai company even more closely tied to Binance than initially meets the eye? I believe so.

First off, Babi Finance does not seem to be just an outsourced customer service team. One look at Babi Finance’s (now defunct) website, Twitter, and Medium reveals Babi marketing itself as a blockchain media company. Likewise, Babi’s social media platforms have a singular focus to promote Binance content.  One media outlet reported on Binance executives referring to the Babi Finance project as a media arm for Binance. Other crypto-news outlets would publish articles about Binance with the author as Babi Finance. Its most recent online interaction was in June 2019 when it retweeted Binance content.

A deeper look into Babi Finance’s staff, however, also discloses strong ties to Binance, starting with Binance co-founder and chief marketing officer Yi He (何一). If one searches for the CEO of Babi Finance, you’ll find several news articles stating that Yi He is the chief executive of the media company. Yi He is also featured in Babi Finance produced videos from 2018. However, Yi He’s Linkedin makes no mention of running Babi Finance, only of her role at Binance starting in 2017.

There is also Babi Finance’s Vice President, Li Jiayi (李加一). She is regularly quoted in her role for Babi, but is also listed on Binance’s website as a press contact. On Linkedin, I also found two other employees who report working for Binance via Babi Finance.

Putting this all together: Babi Finance is currently registered as an active company in Shanghai. It is also evidently more than just an outsourced customer service team. Therefore, this office in Shanghai for Babi Finance appears to be another conduit for Binance.

Debunk #2: Was there a police raid?

The Shanghai office was not raided by the police, but, according to official state-run media, a government authority, likely from the People’s Bank of China, did visit Binance’s office.

To debunk this question, I had to call in some help since my language skills do not extend beyond Google Translate. Luckily, I happen to know two brilliant researchers and fluent Mandarian speakers — Alice Ma and Mycal Ford. I thank them sincerely for their help.

In the aforementioned tweet from Dovey Wan, the user featured a video from Shanghai’s local government media discussing the Binance controversy. Wan appears to suggest that the audio helps exonerate the company. However, the video does not totally dismiss the claim that government authorities did make a visit to Shanghai offices.

According to translations from the news report, Binance offices were visited by local Shanghai officials with the goal of reminding — whatever that means — Babi Finance/Binance that operating domestic exchanges in China has been illegal since 2017.

Therefore, PBoC officials have begun visiting various Shanghai crypto companies to remind them of the legal realities of cryptocurrencies in China. Binance appears to have been one of their stops; however, the news report does not seem to specify which Shanghai agency visited the offices. After the visit, according to the Shanghai news source, the Binance office was abandoned.

At the end of the day, semantics aside, Binance did have a hub in Shanghai through Babi Finance. Though the police did not raid their offices, the Block’s underlying reporting holds up, despite their misuse of words, as PBoC authorities did visit the office based on reports from the Shanghai state-run media. 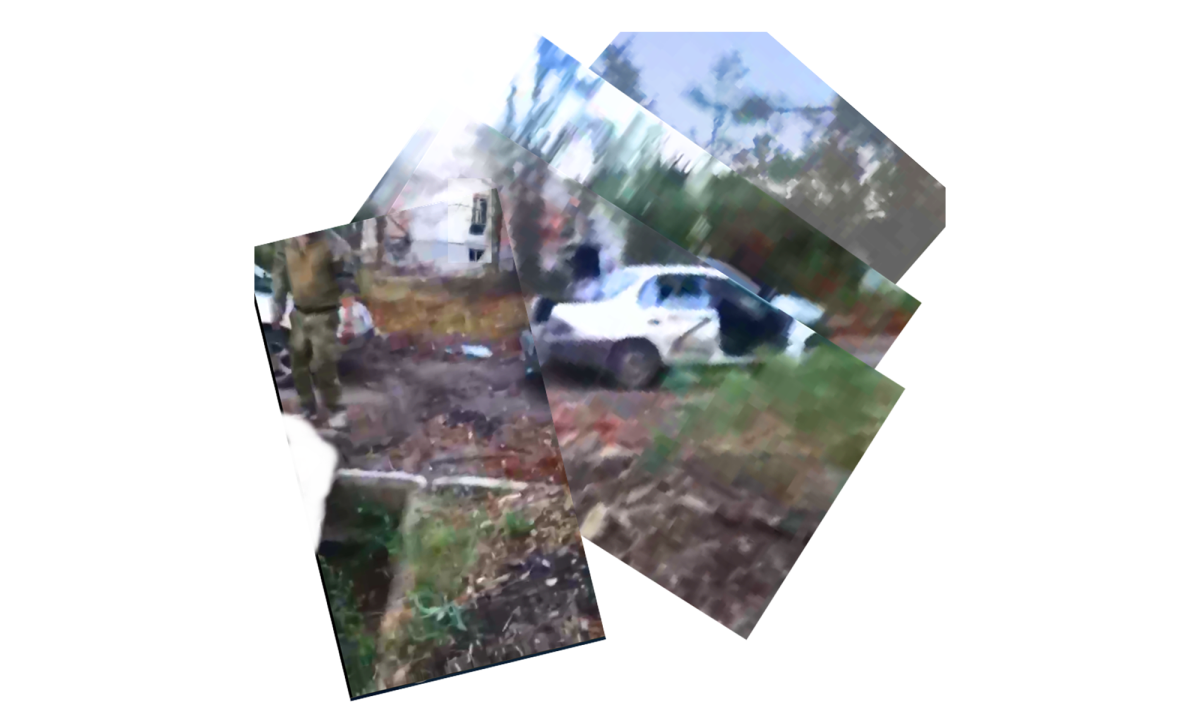 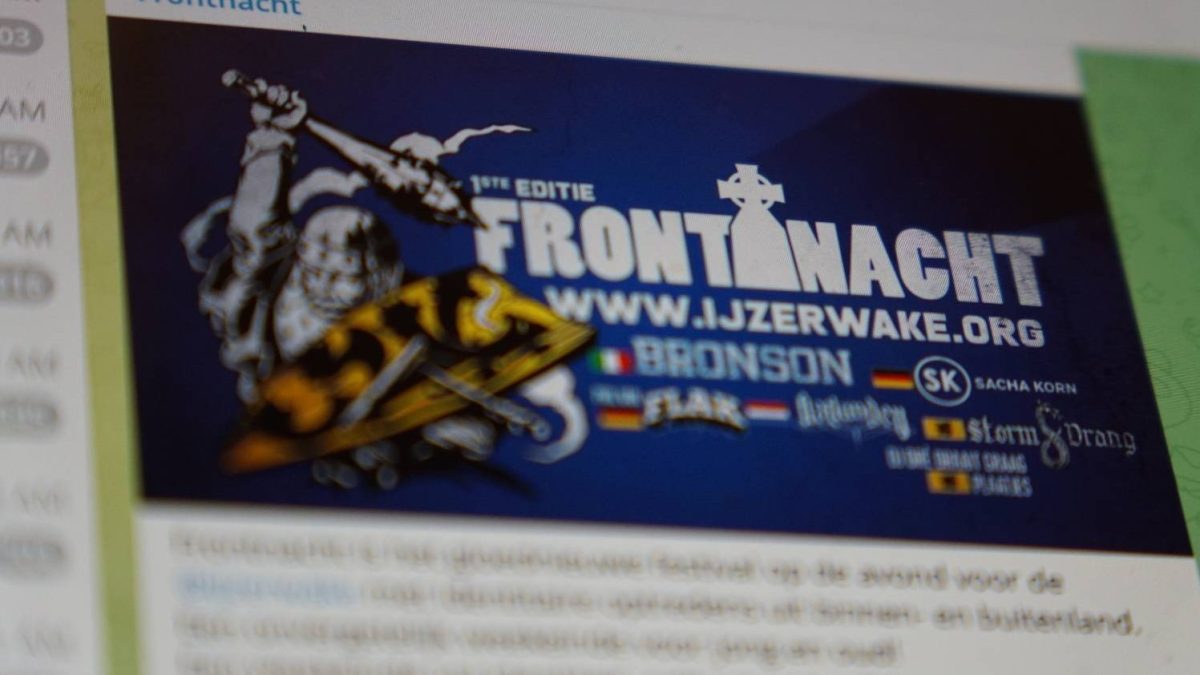 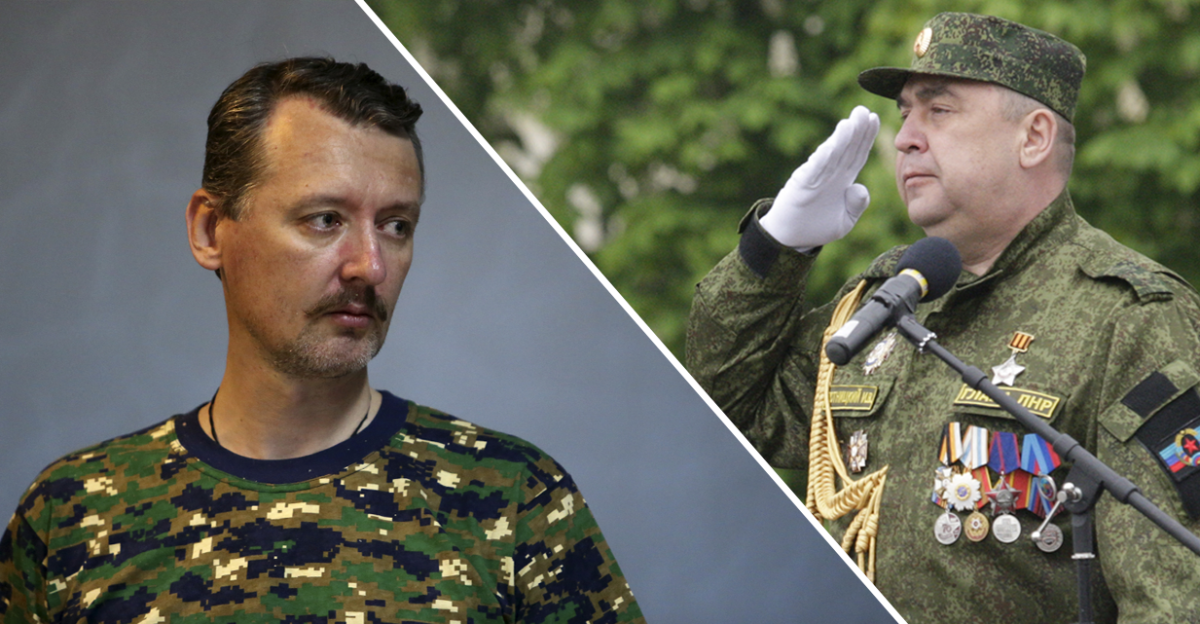