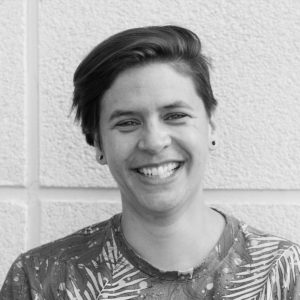 Annique Mossou is a trainer and researcher for Bellingcat. Previously she was part of an OSINT-team of the Dutch National Police, where she specialised in online jihadist propaganda. 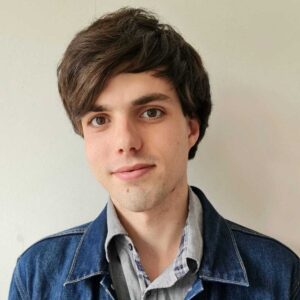 Gabriel is an investigative reporter at Lighthouse Reports. He is particularly interested in state-sponsored surveillance and information ecosystems.

Imagine you’re a jaded stalwart of the QAnon conspiracy. The latest batch of ‘drops’ – the cryptic posts into which you’ve read so much – aren’t quite as enticing, and you’re not even sure that Donald Trump will return to the Oval Office.

But you’re not ready to reassess your belief system. Luckily for you, there are other doomsday prophecies to keep you engaged. That’s how you ended up with billions of Zimbabwean dollars. Or Iraqi Dinars.

Whatever the currency, this scenario doesn’t seem so rare in those corners of the internet that are populated by Europe’s conspiracy theorists. New data shows that QAnon’s hold on the continent’s conspiracy discourse has begun to loosen at the same time that some of its European followers flock to a decades-old financial conspiracy.

That decades-old conspiracy is GESARA, which heralds a financial reset that will see billions of secret funds distributed to people across the globe and the erasure of all debts. Over the past year, Bellingcat and Lighthouse Reports have archived and analysed millions of messages from more than 2,000 conspiracist Telegram channels as part of a joint investigation into the spread of the dangerous QAnon conspiracy in Europe. A team of country-specific researchers selected an initial sample of channels in their respective countries that was then expanded using snowball sampling.

While these channels included QAnon terms, they were not specifically QAnon themed, many of which included a heady mix of other conspiracy theories. Researchers found an explosion of GESARA content across the collected channels at the same time as classic QAnon tropes like “the Great Awakening” have seemed to falter.

This resurgent popularity has rekindled GESARA’s decades-old prophecy of an imminent financial reset and created especially fertile ground for schemes that have seen hundreds across the continent invest in worthless (crypto-)currencies.

This July, a UK influencer and conspiracy theorist named Nicholas Veniamin posted an offer to his 150,000 followers on Telegram. For £‎350 (US$428) apiece, they could purchase a 100 trillion Zimbabwean dollar banknote.

The problem is that Zimbabwean dollars, at least as tender, are worthless. Zimbabwe abandoned the currency in favour of the US dollar in 2009, when soaring inflation reached an estimated 79.6 billion percent month-on-month and grocery shopping reportedly involved lugging around buckets of cash.

To understand how Veniamin is able to peddle worthless currency to thousands of followers, you have to understand the alluring prophecy which underpins GESARA. This ‘reset’, followers believe, will see billions of secret funds distributed to people across the globe, the erasure of all debts, and the revaluation of low-value currencies — including that 100 trillion dollar Zimbabwe banknote.

If most conspiracy theory Telegram channels rely on circular logic, then GESARA channels are especially recursive. GESARA influencers constantly herald an imminent financial reset only for the deadline to silently pass by, with a new deadline inevitably set.

The language of explicit GESARA channels in Europe often mirrors that of QAnon-focused channels. The rise of QAnon has seen GESARA followers peg the impending financial reset and the release of the GESARA / NESARA funds on Donald Trump’s defeat of a Satan-worshipping, paedophile cabal — a key pillar of QAnon mythology.

Bellingcat has created a database of more than 35 million posts archived from approximately 2,200 European social media channels associated with QAnon and adjacent conspiracy theories. 1,209 of these channels have made posts that contain QAnon-related terms such as “great awakening” or “WWG1WGA”, while 989 have made posts that contain GESARA-related terms such as “revaluation” or “global currency reset”.

Note that this method may not have captured channels which made more indirect references to either conspiracy, for example by not using popular keywords or terms.

To researchers who have followed GESARA and QAnon in the United States, the proliferation of GESARA into Europe is a sign of the conspiracy’s enduring ability to appeal in times of financial crisis.

“QAnon’s ideas are more popular than ever, but the actual branding and iconography of Q, such as the drops and concepts like ‘the great awakening’ are slipping in popularity,” wrote Mike Rothschild, author of a recent book on QAnon, in response to Bellingcat’s data analysis.

“Ultimately, NESARA is offering something that Q isn’t — hope that things will get better and that the good, oppressed people of the world will finally triumph over their globalist controllers,” explained Rothschild.

A Prophecy of Financial Utopia

In the Netherlands, Dutch GESARA figure known by the pseudonym Rinus Verhagen entices followers with Dutch translations of popular QAnon content. Alongside a barrage of posts about Trump saving children, the evil cabal, and anti-vaccine content are announcements about the impending global currency reset and release of the GESARA funds. And, at the same time as Nicholas Veniamin, Verhagen was also ushering his Telegram followers to purchase Zimbabwean dollars.

Verhagen’s channel resembles many other existing GESARA channels seen by researchers, in which conspiracies are increasingly cross-pollinated.

On December 17 2021, Verhagen promised his thousands of followers that the global financial system would reset on Christmas Day that same year. Funds worth “45-digits” would be released into the hands of deserving people and, as he calls them, the ‘Zim dollars’ they purchased would be revalued—they would never have to worry about money again. “You will have instant access to your money on credit and debit cards,” he wrote. “Zim [dollar] holders should have a figure in mind of how much money you’ll need in the first 90 days and the first six months for both your project and personal use.”

But when December 25 arrived, Verhagen and his channel were silent. The impending financial crisis he had prophesied never materialised. Then, on January 9, Rinus resurfaced with the same prophecy: “This coming week comes the big stock market crash, banks could also collapse, and the power of politics will be broken.” Verhagen constantly heralds imminent collapse only for the deadline to silently pass by.

Like other GESARA influencers, Verhagen appears to have invoked promises of QAnon revolution and GESARA utopia in attracting investors.

In early 2022, Verhagen announced the launch of his own cryptocurrency, the “Bataafse coin,” named after the Batavian Republic, a state formed in the Netherlands after a French-led revolution in 1795. According to Verhagen, the Bataafse coin is backed by the GESARA funds and, after the great financial reset, he will buy back the coins for “far more” than they are worth currently — Verhagen also claims that Bataafse coins will be legal tender in a post-reset world.

Conspiracy channels have seen a number of cases where influencers promoted cryptocurrencies that turned out to be dubious. This year Logically, a company that fights disinformation on the internet, reported on a number of scams where QAnon figures encouraged their followers to invest in a cryptocurrency only for them to transfer their own holdings for more stable alternatives, like Bitcoin or Ethereum.

Since Verhagen’s announcement of the Bataafse coin, it’s been consistently promoted by a network of Dutch-language GESARA Telegram channels. According to Stellar, the blockchain through which Bataafse coin is issued, the coin has seen more than US$125,000 worth of volume traded, with more than 900 asset holders. For followers who have “trouble” with Lobstr, a cryptocurrency wallet and exchange platform for Stellar cryptocurrency, Verhagen offers to act as an intermediary, wherein followers can directly transfer money into his bank account in return for Bataafse coin. Furthermore, Verhagen claims that Lobstr charges a 6.99 percent commission fee, a number that Bellingcat was unable to find on Lobstr’s website. Lobstr did not respond to an inquiry from Bellingcat by email and social media asking if it charges Verhagen or anyone else a 6.99 percent commission fee.

Among the many suggestions for financial alternatives discovered in Europe’s conspiratorial channels was e-Koruna, an initiative by the Czech Jiří Sapeta where followers can exchange real money for e-koruna ‘vouchers.’

At the time of publication, the transparent bank account linked to on Sapeta’s website shows that e-Koruna has received 936,570.14 Czech Koruna (€38,663) in donations since December 2021.

In October 2020, just months into the COVID-19 pandemic and in the midst of a fresh string of autumn lockdowns, Sapeta joined popular Czech conspiracy YouTube channel Studio Morava Radek to talk about GESARA.

To the backdrop of ethereal music and with the cadence of a fairy tale narrator, Sapeta read from foreign language sources which stated that the COVID-19 pandemic was a form of government control, and that society needed a “saviour” and a “new financial system.”

In this video, Sapeta remarks that while the vision behind GESARA has some merit, it is also naive and misleading – e-Koruna, he states, is a more realistic solution which offers some improvements. In a July 2022 video with the same channel, Sapeta was more critical, describing GESARA as “nonsensical.”

In an email reply to Bellingcat in Czech, Sapeta stressed that E-Koruna is a digital medium of exchange, not a digital currency, and a joint venture of 800 investors. He stated that he had provided a “major part” of the €80,000 investment himself, and that “everything” was spent on developing the platform.

Sapeta distanced himself from GESARA and QAnon in his comments to Bellingcat, describing them as “distractions and false hopes”. He also pushed back against “those people with no personal experience who label E-koruna as a fraud”, claiming that the initiative “solves pensions, poverty, efficient tax collection and much more”.

Neither Veniamin nor Verhagen responded to multiple requests for comment by Bellingcat.

The Q Origins Project is a prominent Twitter account analysing the conspiracy. Its anonymous researcher, who has written for Bellingcat about QAnon, says that millenarian promises of rebirth are central to conspiracy theories, whether financial or otherwise.

“The grift and the belief are not mutually exclusive, they are mutually supportive,” the project’s researcher told Bellingcat in an online interview. “The entire grift falls apart without the apocalyptic belief system.”

Back in the Netherlands, as Europe faces an unprecedented energy crisis, Verhagen has asked his followers to invest in his own invention: a ‘hydrobooster’ that can supposedly create “free energy.” On his website, Verhagen called on followers to “massively invest” instead of “continuing to feed the tax authorities.”

“There are now 15 co-investors who have transferred their contribution of €1,000 venture capital,” he wrote in a September blog post, followed by his name and bank account number.

Once again, the link between QAnon and GESARA is hardly new, at least in the US. However, as new data suggests the allure of the former seems to fade among European followers, it is a link which could easily redirect QAnon followers’ passions towards yet another dangerous conspiracy. GESARA’s European followers are already busy reforging its narrative for their own audiences, in their own languages.

“When you get into QAnon, it’s very easy to find NESARA,” Rothschild said. “It’s this mainstreaming of conspiracy theories, where I think it’s very easy to fall into financial conspiracy theories and currency scams because it all feeds into the same grievance that we are being lied to, somebody’s getting one over on us, somebody screwing us — NESARA fits really well into that world.” 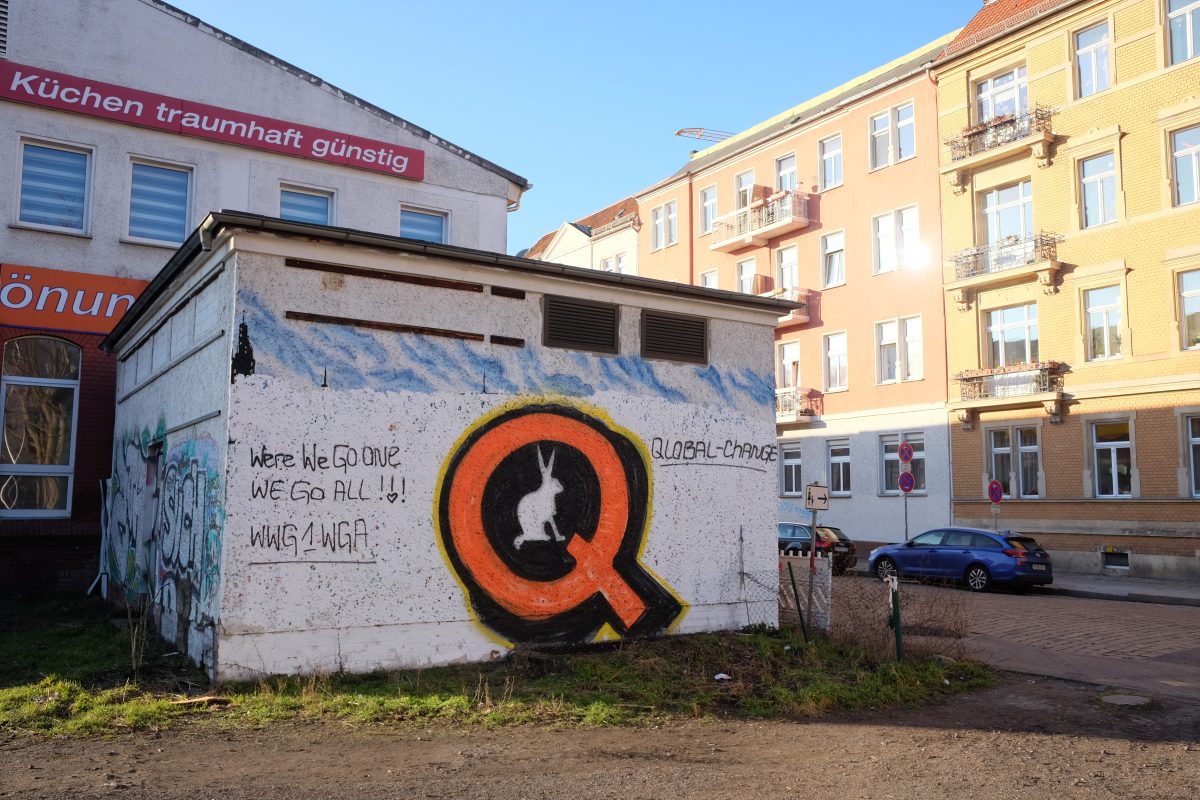 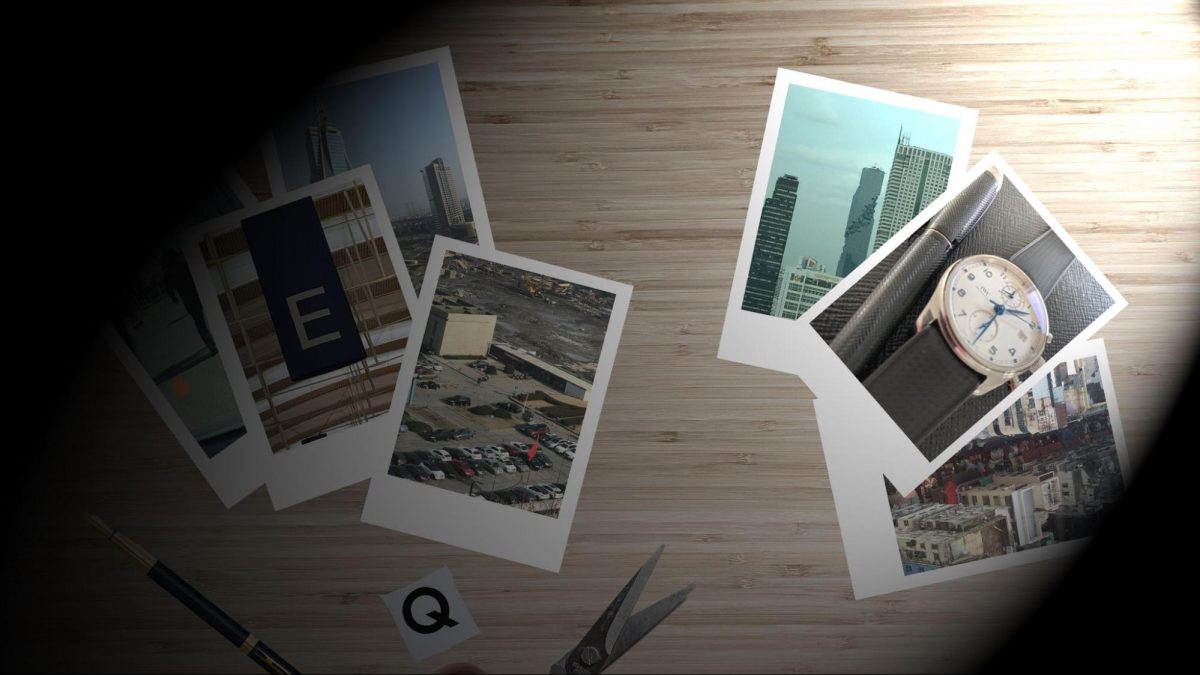 Where in the World is Q? Clues from Image Metadata